A new technique gives astronomers a closer look at what makes some stellar carnage so incredibly luminous.

A typical exploding star generates up to a billion Suns’ worth of light at its peak. But so-called superluminous supernovae are in a rare class of their own, shining hundreds of times brighter than their “ordinary” cousins. What mechanism powers these uber-powerful blasts?

A recent study uses a new approach to answer that question. In Monday’s Nature Astronomy Ragnhild Lunnan (Stockholm University, Sweden, and Caltech) and colleagues report a detailed analysis of superluminous supernova iPTF16eh, discovered by the Palomar Transient Factory in December 2015. It’s one of the most luminous supernovae known (though it doesn’t beat the record-holder discovered in 2015). Most importantly, this supernova shows a signature in its spectrum that astronomers haven’t seen in its ilk before.

As this star went supernova, the explosion’s light reflected off of a thick sphere of gas surrounding the star, producing an emission line that the astronomers tracked in the year following the initial eruption. “Most light echoes we’ve studied so far were light reflected by dust located very far from the supernova,” says Nathan Smith (University of Arizona). But in this case, the light resounded off of gas close to the star, providing intimate details on its destruction.

Turns out, the gaseous cocoon is expanding so rapidly — 3,300 kilometers per second, or 7 million mph — that it must be the result of an explosive ejection, rather than the kind of steady wind that precedes the death of other massive stars. Lunnan and colleagues argue that this ejection, which occurred roughly 30 years before the whole star went boom, points to a particular cause of death: a pulsational pair instability event.

As stars more massive than 100 Suns run out of fuel to burn in their cores, things start to go haywire. Rather than fusing elements in their cores, these stars begin to produce pairs of electrons and their antimatter partners, positrons. As pair production takes energy away from the star’s support system, it causes the core to implode, which in turn induces nuclear fusion. In really massive stars — those with more than 130 solar masses — that’s enough to cause “rapid unscheduled disassembly.”

But in stars between 100 and 130 solar masses, explosive results aren’t so immediate. Instead, such a medium-massive star pulsates, alternately imploding and burning, before it undergoes core collapse anywhere from hours to thousands of years later. The pulsations can eject a huge amount of mass, and the researchers argue that an ejection of 10 solar masses from a initially 115 solar-mass star matches the observations.

But, Smith caution, “this doesn't necessarily rule out other possibilities.” He explains that the pulsational pair instability scenario makes such a wide variety of predictions that it’s consistent with observations of many supernovae. But other ideas are still possible: For example, the star may have been a magnetar, with an extremely strong magnetic field that amplified the aftermath of its collapse. Granted, the magnetar scenario doesn’t predict the explosive ejection of material 30 years before the supernova — but that doesn’t mean that it can’t happen, Smith argues.

A single explanation probably won’t suffice for all superluminous supernovae anyway — they simply exhibit too much variety. But now astronomers have a neat new tool in their toolbox for exploring the stellar carnage.

LOL - a term Elon Musk uses for when one of his rockets blows up, though I'm not sure if he was the first to come up with it. (In the recent book "Space Barons" they use the acronym RUD.)

Presumably these super-massive stars are visible before they become massively unstable, albeit at closer distances than as SNe. Do the experts have any nearer-by examples of these?

You're absolutely right - while Elon Musk certainly popularized that phrasing (Twitter helps with that kind of thing), it was around among rocket scientists long before him. Gotta have a sense of humor when months of work sometimes go up in smoke, I guess!

Great question about seeing these supermassive stars before they explode. The problem is that the most massive stars tend to be the most hidden, which makes them hard to study, but that isn't to say astronomers haven't tried. We've covered previous attempts to find Eta Carinae twins (that is, stars with >100 times the Sun's mass) in other galaxies: https://skyandtelescope.org/astronomy-news/searching-for-twins-of-eta-carinae-010720155/ though these are admittedly still very far away.

Closer by, astronomers think they've found some very massive stars in 30 Doradus, a star-forming region in the Large Magellanic Cloud: ". . . they found the nebula gave birth to truly gigantic stars: the birth weight of the largest star they observed was equivalent to 200 Suns, and even more massive stars (with up to 300 solar masses) might exist in the central (unobserved) regions of the nebula." From this article: https://skyandtelescope.org/astronomy-news/hefty-stars-prompt-birth-debate/ But there's still some uncertainty about this result.

The term "rapid unscheduled disassembly" is at least thirty years old. (Nobody said how old their sources were.) I first heard it used to describe what happens when a lithium-thionyl chloride battery overheats: the lithium melts, comes in contact with the sulfur compound, and RUD results.

I noted the use of that term as well.
and
I can only wonder about the use of "unscheduled".
Do we have contacts with aliens who have assured us that it was not scheduled?
How do THEY know that it wasn't "disassembled" to "make room for a hyper-spatial express route"?
It seems to me that they are leaping to conclusions with no evidence with the RUD term on an event that took place "A long time ago in a galaxy far, far away." 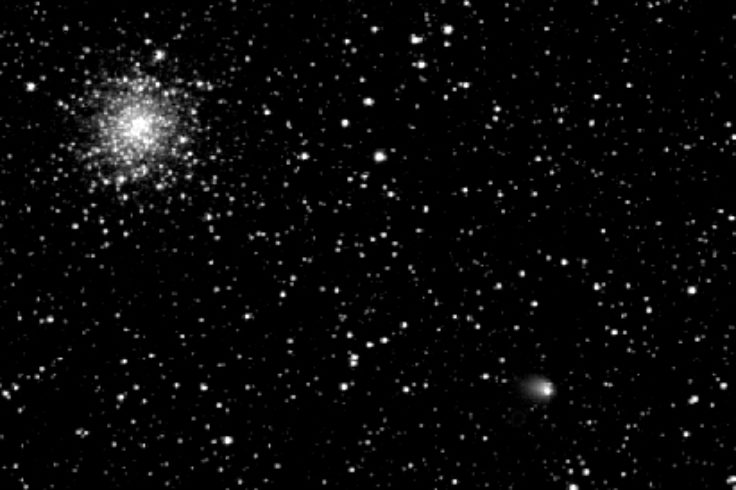 60-Second Astro News: Starbirth, Stardeath, and the Evolution of Galaxies

The Knife Edge Galaxy Throws Astronomers For a Loop