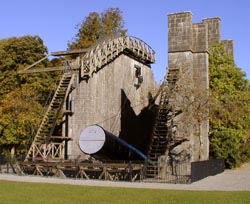 With its 6-foot-wide primary mirror, the Great Telescope in Birr, Ireland, was the world's largest from 1845 until 1917. A counterweight system suspended between two massive stone walls supports and lifts the heavy tube. Observers stand on the wooden gantry to observe celestial objects as they pass near the sky's meridian.

Ever since 1845 the unofficial seat of Irish astronomy has been a modest midlands town called Birr. In that year and place, William Parsons, the third Earl of Rosse, finished erecting an enormous reflector with a 6-foot-wide mirror on his castle's grounds. The huge telescope became known as the "Leviathan of Parsonstown" and remained the world's largest for more than 70 years. Although it is no longer the darling of the world's preeminent astronomers, each year it still attracts a throng of amateur astronomers from across Ireland, the United Kingdom, and beyond to the Whirlpool Star Party.

The event gets its name from the Whirlpool Galaxy, M51, whose spiral structure was first noticed by Lord Rosse while observing in April 1845 — just two months after the telescope's completion. In time he and others used the big reflector to discover spiral structure in more than 100 galaxies, laying much of the groundwork for Edwin Hubble's eventual realization that the universe is expanding. 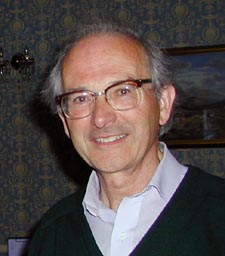 This year's Whirlpool Star Party, held September 26–28, featured presentations from two of amateur astronomy's leading lights: comet-chaser David Levy and eclipse-chaser Fred Espenak. But in addition to an array of speakers and general camaraderie, the 125 attendees were particularly eager for a glimpse through the giant telescope. An intensive restoration effort, completed in 1999 with the installation of new nickel-plated aluminum mirrors, had finally returned the telescope to useful service after decades of neglect. However, a nagging problem with modern-day hydraulic lines, rather than 19th-century engineering, has rendered the telescope inoperable. Whirlpool attendees were forced to settle for an evening of observing through lesser telescopes set up in the Leviathan's shadow. 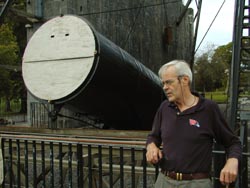 David Bell and his team from the Shannonside Astronomy Club have hosted the Whirlpool Star Party for 18 years. In mid-September he led a crew that repainted the Birr telescope's 58-foot-long tube.

This event is sponsored by the Shannonside Astronomy Club and coordinated by David Bell, a lanky, pipe-smoking veteran with a tenacious flair for attracting good speakers. Last year's event featured telescope-making icon John Dobson and veteran astrophotographer Jack Newton; cosmologist Halton Arp came in 2001. "For over 150 years, astronomers both amateur and professional have walked in the metaphorical shadow cast by William Parsons," Bell explains, and the present Earl of Rosse, the seventh, has spearheaded efforts to make Birr a center of scientific activity. A recently completed science center, located within the castle's massive perimeter walls, showcases the accomplishments of the Parsons family, including the photography of Mary Parsons, the third Earl's wife.

Amateur astronomy is thriving on the Emerald Isle, with individual clubs joining forces under the Irish Federation of Astronomical Societies in "the south" and the Irish Astronomical Association coordinating activities in "the north." Astronomy Ireland, a Dublin-based company founded in 1990, provides a wide range of services and publishes Astronomy & Space magazine. David Moore, Astronomy Ireland's founder, hopes to draw 1,000 visitors to an Astro-Expo to be held November 15–16. 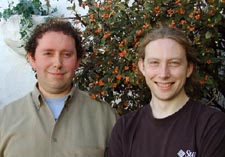 Yet traditional star parties are relatively rare in Ireland, as most clubs cannot afford the high premiums charged for liability insurance. That's a shame, because Ireland's largely rural interior boasts very dark skies — when it's not cloudy. These days there's growing concern over the spread of artificial lighting at night. At this year's Whirlpool event, Colm O'Brien and Albert White formally established the Irish Light Pollution Awareness Campaign, patterned after a similar effort ongoing in the United Kingdom.

In 2004 the Whirlpool Star Party will be held September 17–19, by which time organizers expect the giant telescope to be back in operation.