A new exoplanet closely matches what astronomers think Jupiter looked like in its infancy. Astrophysicist Bruce Macintosh of the Kavli Institute for Particle Astrophysics and Cosmology at Stanford discusses why this discovery might help us understand how planets arise.

Astronomers have spied a new alien world, 51 Eridani b, that they believe strikingly resembles a young Jupiter. With a mass only about twice that of our Solar System's king planet, 51 Eridani b stands as the coolest and perhaps the smallest exoplanet ever to be directly imaged. What's more, it bears the strongest exoplanetary signatures so far of the gas methane, which is prominent in Jupiter's atmosphere.

51 Eridani b is the first world discovered using the Gemini Planet Imager, an international project led by Bruce Macintosh of the Kavli Institute for Particle Astrophysics and Cosmology (KIPAC) at Stanford University. The results appeared in the journal Science.

Mounted on the 8-meter Gemini South Telescope in Chile, the Imager began searching for giant planets circling 600 young stars in November 2014. In December, 51 Eridani b turned up around a star approximately 100 light years away. The newfound world orbits its parent star at a distance a bit farther than that of Saturn around our Sun. Overall, the planet and its star are just 20 million years young—spring chickens compared to our 4.6-billion-year-old Solar System.

Because of its youth, 51 Eridani b smolders at 800°F, but it's still more than three million times less luminous than its stellar host. The Imager was specifically designed to spot fledging exoplanets by separating their faint light from the overwhelming glare of their host stars, thus offering a revealing look back into the early, murky eras of planetary formation.

Courtesy of the Kavli Foundation, Sky & Telescope is featuring an in-depth Q&A with Macintosh about 51 Eridani b and how it could answer major questions about the genesis of worlds.

The following is an edited transcript of the discussion and its participants have been provided the opportunity to amend or edit their remarks.

THE KAVLI FOUNDATION: Astronomers have already detected hundreds of Jupiter-like exoplanets and directly seen several young, hot, glowing exoplanets like 51 Eridani b. So what makes this particular planet so interesting?

BRUCE MACINTOSH: Most of the planets that have been imaged before look a little bit like stars, whereas 51 Eridani b looks like a planet. The Imager has a spectrograph that separates light out into its constituent colors, and these so-called spectra bear markers of the chemical elements in a planet's atmosphere. The light spectrum from 51 Eridani b resembles Jupiter's in a way that no spectrum of an exoplanet has so far because of the strong signatures of methane.

TKF: What was going through your mind as these planet-like properties of 51 Eridani b became evident?

MACINTOSH: There's always a brief phase of "What did we do wrong?" and "It can’t be real!" After that passed, the discovery was pretty exciting because it's really exactly what the Gemini Planet Imager was made to do. We had seen our first relatively cold, low-mass planet.

TKF: How did the Gemini Planet Imager make this discovery possible?

MACINTOSH: The astronomical instruments that have successfully imaged several planets to date weren't really built for the task. They were general purpose cameras made to look at galaxies. No one thought they would actually be used to study exoplanets!

The Gemini Planet Imager was built from the ground up just to detect extrasolar planets. It has special masks to block light from parent stars that would otherwise overwhelm their comparatively dim planets. It has a powerful "adaptive optics" system that can reduce the image-blurring effects from atmospheric turbulence better than its predecessors. And it has mirrors that were super-polished in a big, clean enclosure so they don’t have dust specks on them that could be mistaken for planets.

You put all those factors together and the Gemini Planet Imager is five to 10 times more sensitive than its predecessors. That sensitivity allowed us to pick out 51 Eridani b.

TKF: What are your research goals with the Gemini Planet Imager?

MACINTOSH: The top-level goal is to understand the processes that form planets. Astronomers have a problem because many of the exoplanets discoveries have overturned the old theories of planet formation. The old theories were really good at explaining how our Solar System was made, and that's what we thought others would look like. But now we know our Solar System isn't even remotely typical.

It's therefore important that the Gemini Planet Imager can see big, Jupiter-size planets in the outer parts of solar systems and perform spectroscopy on these planets to see what they are made out of. From these measurements, we can get some clues as to how these planets formed.

We're in this era where we've counted lots of exoplanets, but we need to start characterizing them. That's what GPI is for.

TKF: How will the discovery of 51 Eridani b help answer the big questions about planetary formation?

MACINTOSH: 51 Eridani b is much dimmer and cooler than the other young, glowing planets we've seen. Its atmosphere has really changed from an almost star-like state dominated by huge, glowing clouds of liquid metal or dust. 51 Eridani b has gotten cold enough that a huge amount of methane has formed in its atmosphere, which can't occur in a star's atmosphere. Methane is what we expected to see in planets because Jupiter is full of it.

51 Eridani b is so young, it actually "remembers" its formation in some sense. The conditions of whatever process made it haven't been erased by time. Its temperature, size and mass depend on whether it forms in the way we think Jupiter formed in a slow, step-by-step process, or maybe through some much faster, sudden collapse process that's very different. We can't really say which of those is true right now, but as we study it more we will be able to.

TKF: The model for how Jupiter formed is known as "cold start." It is essentially a bottom-up process, wherein bits of dust build up into a larger, planetary object. The alternative model is "hot start," or top-down, wherein a huge, cold cloud of gas suddenly collapses into a hot, newborn planet. How can the discovery of 51 Eridani b help astrophysicists sort out which model is right or at least is more common?

MACINTOSH: The "hot start" process is great at forming giant planets, but it's terrible at forming Earths. The "cold start" process, on the other hand, is pretty good at forming planets over a broad range of masses, from giants such as Jupiter, which has more than 300 times Earth's mass, on down to Earth-sized worlds. Yet the problem with the cold start models that we think formed Jupiter is that they operate only over a fairly narrow range of places within a solar system. They can't operate very close to a star or very far away from a star—both of which are places where we know there are lots of exoplanets. The discovery of those worlds is what prompted people to come up with hot start formation models in the first place. These models however, have not been confirmed observationally. There's really no evidence for them so far. With 51 Eridani b, it will be really nice to confirm which model it is consistent with.

TKF: How will you figure out 51 Eridani b’s origin?

MACINTOSH: Next, we want to measure 51 Eridani b's orbit and take more detailed spectra to reveal its atmospheric chemistry. We really want to know the ratio of the heavier elements, carbon or oxygen, to the lightest, commonest element, hydrogen, in 51 Eridani b's atmosphere. Because Jupiter formed partially out of solid material, it has extra carbon and oxygen compared to the Sun. That same process—building-up from solid material—is how we think the Earth formed. If we see that 51 Eridani b is enhanced in carbon and oxygen, then we would know it formed the way that the Earth or Jupiter did.

MACINTOSH: The planet is always going to be more massive than Jupiter, but it will definitely cool down to Jupiter-like temperatures in a few hundred million more years. 51 Eridani b is a little bit farther from its star that Jupiter is from the Sun, and it's unlikely that it would ever migrate inward to a more Jupiter-like distance. That said, it's certainly true that this solar system has the "room" for an Earth. It's one of a handful of solar systems that could resemble ours and with future observations, someday we should know the answer.

How Many Stars are There in the Universe? 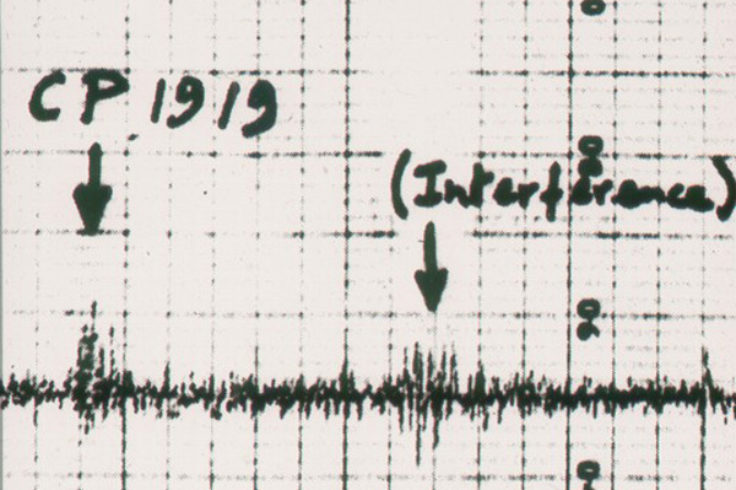