I’m a young astronomy enthusiast, attending the high school somewhere in Italy. In my free time, I take photos of the universe with my telescope and I often write some programs, utilities or Android applications to simplify its use. I set up a Raspberry Pi to control the telescope remotely, motorized the focuser (designing and printing a 3D model for the brackets, programming an Arduino and a Java software for the computer) and the equatorial mount using two stepper motors and I wrote a bunch of code to move them using my smartphone. My equipment mainly consists of a 200mm Sky-Watcher Newton telescope, an equatorial mount (EQ5, GoTo, motorized by my own), a Nikon D3300 and a QHY 5L-II mono (guiding CCD/camera) on a 60mm guide scope. I added a homemade MoonLite-compatible focuser to the optical tube assembly and a Raspberry Pi 3 B+ (a tiny ARM computer) to remotely control my telescope from the backyard to my house during the coldest nights. It’s not such an expensive gear because several items are homemade and what isn’t is exploited as much as I can and, with it, I achieved great results: the focal length of 1000mm allows me to photograph wide as well as small objects like galaxies or nebulae and, with auto guiding, I can take 6 minutes long photos. I live in a very light polluted area, so I use an UHC filter. For processing the photos I use Astro Pixel Processor and all the equipment is controlled via INDI and KStars running on the Raspberry Pi and on my Ubuntu computer. 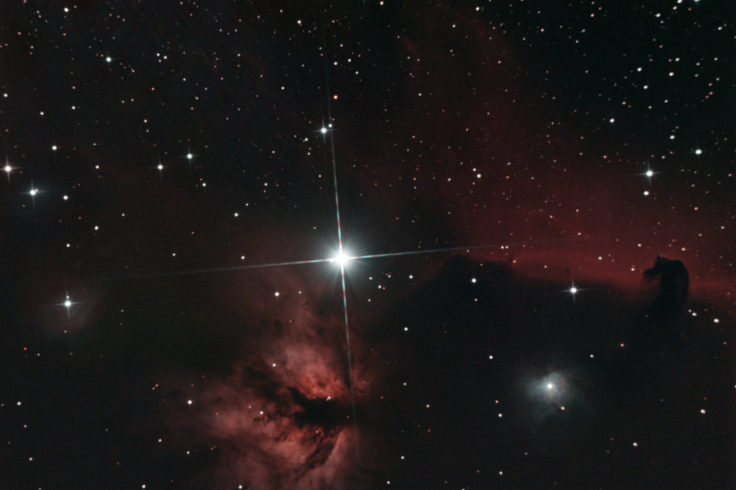 The Horsehead Nebula photographed from a very light polluted area 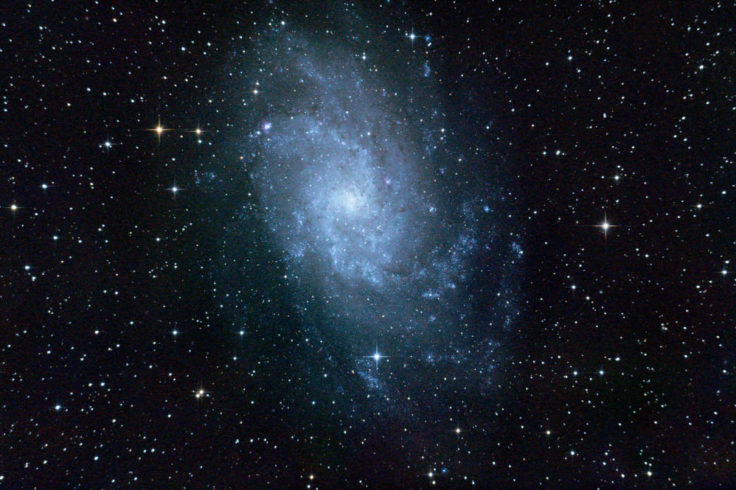 The Triangulum Galaxy through a 200mm Newtonian