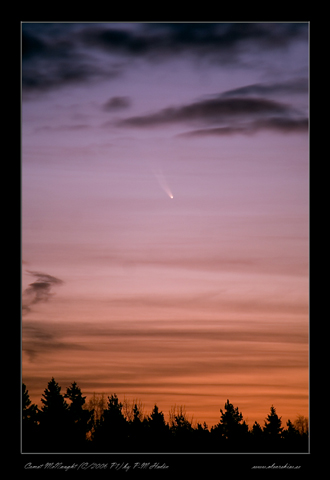 Comet McNaught was a naked-eye spectacle from Vallentuna, Sweden, on the morning of Monday, January 8th.

Comet McNaught (C/2006 P1) has brightened rapidly in the last few days. It's now bright, beautiful, and easy to see at dawn and dusk — as long as you're fairly far north, know exactly where to look, and have an unobstructed horizon and perfect conditions.

For most observers in the United States, the comet is quite close to the horizon at twilight, where even the slightest wisp of cloud can hide it. The geometry is more favorable for observers in northern Europe and Canada, who report Comet McNaught as an easy naked-eye object. In the Southern Hemisphere the comet is below the horizon all night long, but this did not prevent Terry Lovejoy from locating and imaging it during broad daylight on January 7th. Sky & Telescope senior editor Dennis di Cicco also sighted the comet visually during the daytime, through a 5-inch refractor on a Go To mount.

The comet now sports an extremely bright, circular coma and a short, bright, slightly forked tail. Estimates of its total magnitude range from 0 to -1.5. Comet McNaught is readily visible through 35-mm binoculars, and telescopes seem to yield only modest additional detail.

The comet will remain fairly well up after sunset until January 11th or 12th, as shown in our article, but morning sightings are getting increasingly problematic. After mid-month, the comet will be up only during daylight hours for northern observers, but it will become well placed in the Southern Hemisphere's evening sky.

If you've shot images of the comet, please submit them to our photo gallery. In addition, Spaceweather.com has a fine collection of pictures of Comet McNaught. 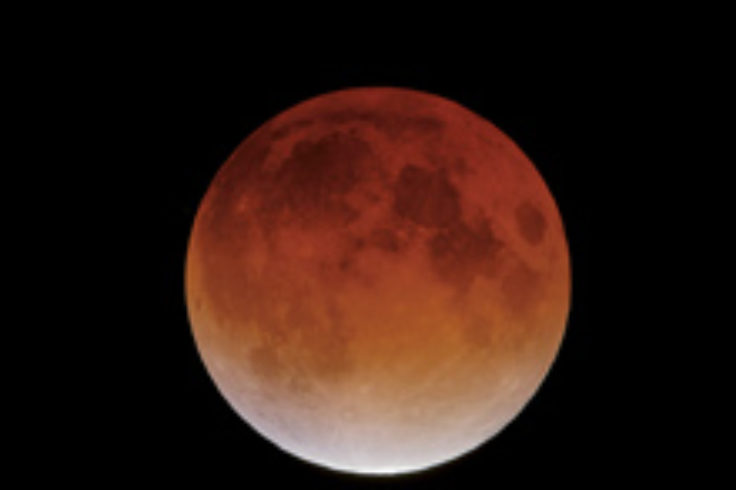