Globular clusters are packed with variable stars, some of which are easy to see and follow in amateur telescopes. We explore M5 and M13, two of the season's finest.

The globulars are coming! The globulars  are coming! Along with warmer nights, spring marks the return of globular clusters. Two of my favorites are M13 in Hercules and M5 in Serpens. These densely-packed stellar swarms make spellbinding sights on dark nights. For me their richness and sparkle synchronize with the abundant life that characterizes the season.

Most globulars are well along in age, with many of their members old enough to have evolved into giant stars with helium-burning cores wrapped in shells of fusing hydrogen. At this stage, their outer envelopes begin to expand and contract or pulsate, changing in brightness as they puff in and out. In time lapse animations (below), stars in the brighter globulars twinkle like swarms of fireflies on a summer evening as their assorted variables cycle from bright to faint. An amazing sight!

RR Lyrae variables, named for the bright prototype RR Lyrae, are thick as thieves in globulars. They're a fainter, low-mass version of the giant classical Cepheid variable stars that also inhabit these densely-packed clusters. Like Cepheids, they make excellent standard candles, helping us nail down the distances to the globulars with aplomb. Other geriatric pulsators you'll come across include Mira-type variables, RV Tauri stars (solar-mass stars but puffed up to supergiant status in old age), and semiregular variables, which are similar to the Miras but have light curves that vary from one cycle to the next.

Most of the variables in globulars are faint, but several clusters, including M5 and M13, offer up a nice selection for telescopes as small as 6 inches. Two of the brightest wink from M5 — variable 42, a Cepheid, and variable 84, an RV Tauri star. At maximum, v42 shines at magnitude 10.5 and stands out as the brightest star in the entire cluster. Over 25.7 days, it fades to magnitude 12 and then returns to peak brightness as the star's outer shell expands and contracts between 10 and 20 percent. Take a look the next clear night and make a note of the star's magnitude using the chart below, then return to track its ups and downs.

The star v84 is tucked in closer to the cluster's center, so it takes just a bit more effort to see. Its light variations are somewhat more subdued, swinging from magnitude 10.8 to 12.3 and back again over 54 days. Star v50, located in a line of three faint stars north of the core region, belongs to the semi-regular clan and varies between 14.2 and about 15.0 with an indeterminate period. I include it because it was the third variable described in M5 after its brighter siblings. A 10-inch on a night of steady seeing should paw it into view at maximum.

Like M5, M13 is rich in variables. The brightest is v11 at magnitude 11.9, located a couple arcminutes southwest of the core. Despite its relatively easy visibility, this semi-regular variable has a limited amplitude of just 0.3 magnitude over 92.5 days. To its north is the fainter but more strongly varying v2. This Cepheid cycles from magnitude 12.6 to 13.5 and back again in just 5.1 days, making it more entertaining to watch.

Both are located several arcminutes southwest of the cluster's center. Use the maps and asterisms to point you to them. The featured variables located well beyond the core will be much easier to spot and all should be visible in telescopes 8 inches and larger using a magnification of around 150×. For variables in the crowded central region, increase the power to 250× or higher. I typically start with 286×, but often switch to 357× to better "break apart" the little starry clumps some of these variables hide in. High power usually means mushy images, but I never care so long as it helps me arrive at my destination.

I circled an additional dozen of reasonably bright semi-regular variables around the periphery of the cluster. They range from magnitude 11.9 to 12.4 and show only slight variations from 0.1 to 0.4 magnitude.

Most of us love the cumulative effect of so many stars heaped together in glittering piles in globular clusters, but getting to know some of these huffing-and-puffing giants individually adds character and distinction to what are otherwise anonymous points of light in a crowd.

"The globulars are coming! The globulars are coming!", yes indeed they are coming. On 22-April-19 near 2230 EDT, I enjoyed some good views of M13 in Hercules using my 90-mm refractor and M53 in Coma Berenices. On 26-Mar-19, I enjoyed excellent views of M3 in Canes Venatici using my 10-inch Newtonian. I will soon (weather permitting) plan some observations of M13 using my 10-inch. M3 was a great view, and I think M13 should be spectacular. The 90-mm refractor was quite nice so folks with smaller telescopes can also enjoy M13 in Hercules, however, larger telescopes will resolve many more halo stars in a spherical shape around this globular cluster. M3 was just like that when I viewed using my 10-inch.

Rod,
You might just be able to see those brighter semiregular variables in your 90mm. Clear skies!

FYI. I did enjoy some great views of M13 in Hercules and also M92 globular clusters shortly after mid-night on 29-April. I viewed at 34x to 154x using my 10-inch Newtonian. I did not look for variable stars - too many in the field of view so I just enjoyed looking 🙂 My first time viewing M13 using the 10-inch telescope. It was great! 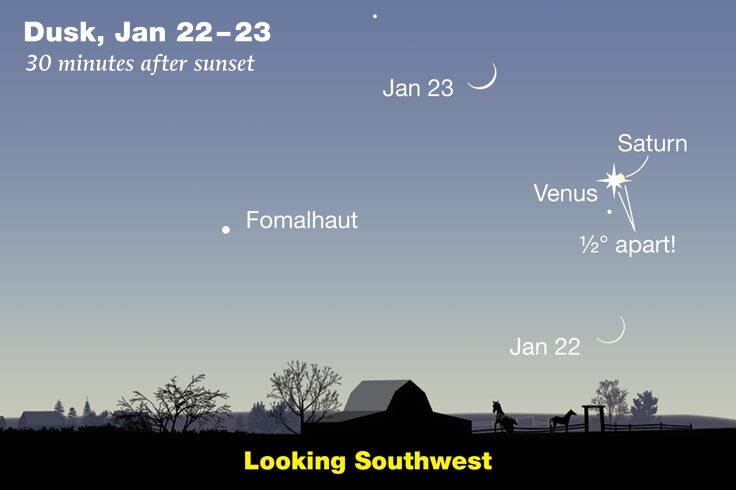