Some daily events in the changing sky for November 19 – 27 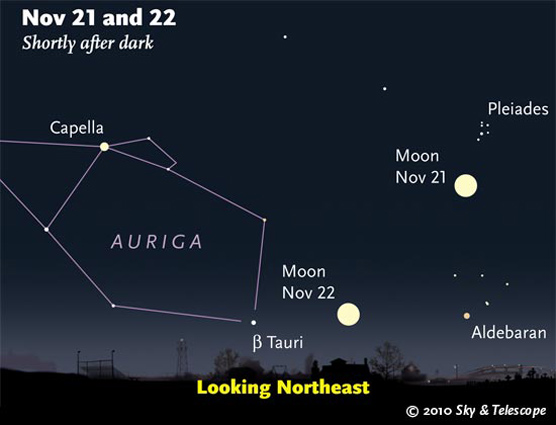 When the Moon is full in November, it always shines near the stars of Auriga and Taurus.

Mercury (magnitude –0.4) is deep in the glow of sunset. Look for it above the southwest horizon in bright twilight; binoculars will help. They may also reveal much fainter Mars nearby. 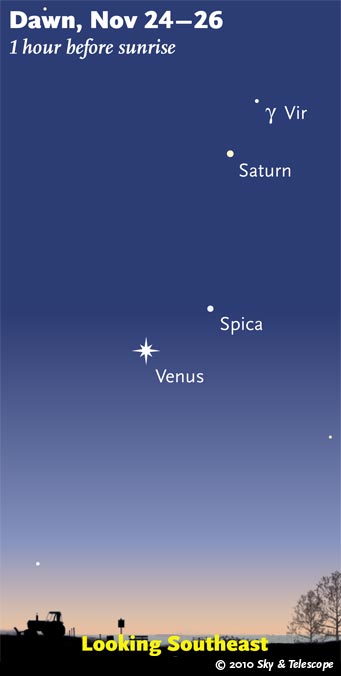 Venus light the way to lesser objects low in the pre-sunrise sky.

Venus, magnitude –4.6, is rapidly gaining altitude as the bright "Morning Star" before and during dawn. Look east-southeast. To its upper right is much fainter Spica, and higher above them is Saturn.

Mars, magnitude +1.4, is near brighter Mercury after sunset. Using binoculars, look for it 2° upper right of Mercury on Friday evening the 19th, and increasingly far to Mercury's right later in the week.

Jupiter (magnitude –2.6, at the Pisces-Aquarius border) shines high in the south during evening, the brightest starlike point in the sky. In a telescope it's still 44 arcseconds wide. Jupiter's missing South Equatorial Belt may finally be about to re-form, heralded by a series of telltale bright spots that appeared more than a week ago. See our article Jupiter's Lost Belt Reviving?.

As for Jupiter's Great Red Spot, it's near System II longitude 157°. Assuming it stays there, here's a list to print out of all the Great Red Spot's predicted transit times for the rest of this observing season.

Saturn (magnitude +0.9, in Virgo) glows in the east-southeast before and during dawn, about 15° above bright Venus. The best time to observe Saturn with a telescope is perhaps an hour before your local sunrise time, when the planet will be less blurred by the low-altitude atmospheric mess. Saturn's rings have widened to 9° from edge-on.

Neptune (magnitude 7.9, in Capricornus) is still high in the south-southwest right after dark. See our finder charts for Uranus and Neptune online or, with article, in the September Sky & Telescope, page 56. Can you see any color in Uranus and/or Neptune?

Pluto (magnitude 14.0, in Sagittarius) is lost in the sunset. 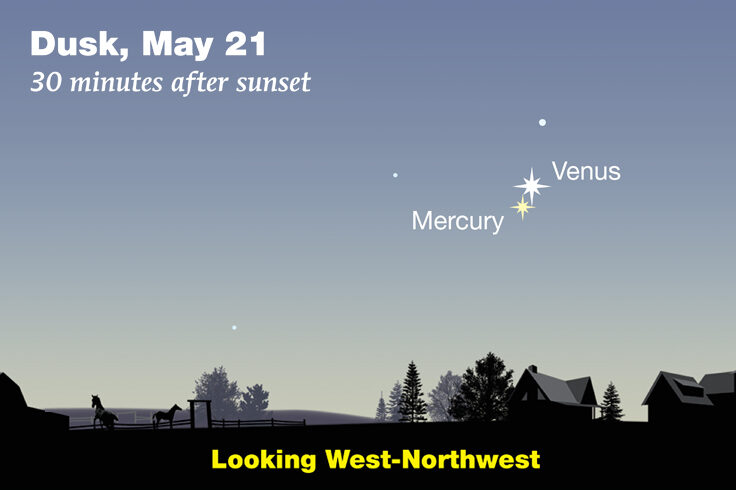 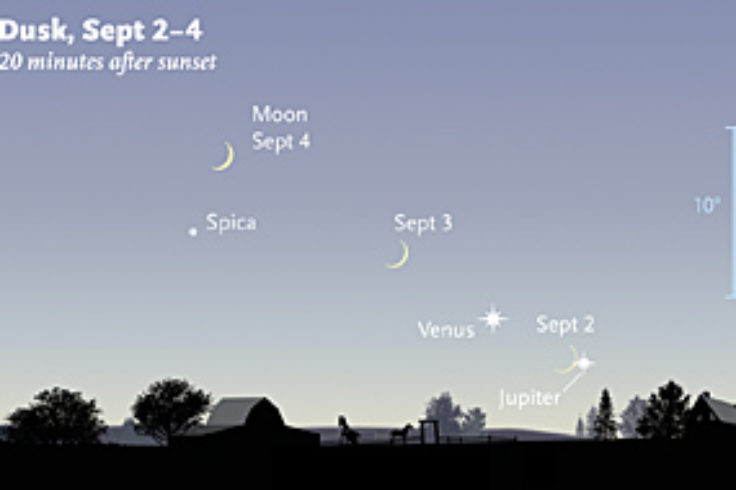