Some daily events in the changing sky for September 26 – October 4. 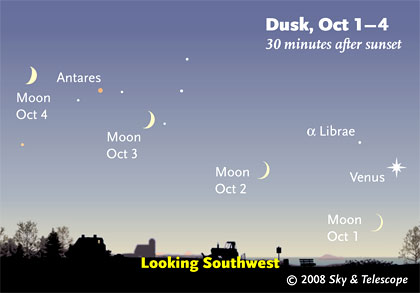 Watch the Moon wax in the west from night to night, passing Venus and fainter Antares. (These scenes are drawn for the middle of North America. European observers: move each Moon symbol a quarter of the way toward the one for the previous date. For clarity, the Moon is shown three times actual size.)

Venus (magnitude –3.8) is gradually becoming more visible after sunset. Look for it above the west-southwest horizon in bright twilight, 30 to 45 minutes after sundown. 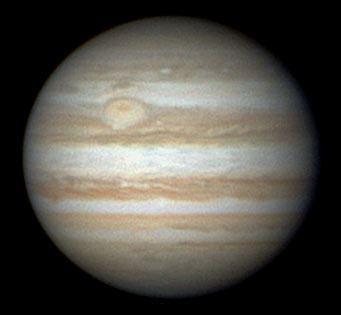 Jupiter (magnitude –2.5, in Sagittarius) shines in the south in twilight, and lower in the southwest later. It's above the Sagittarius Teapot and below the end of the smaller, dimmer Teaspoon.

Saturn glows low in the east at dawn. (Don't confuse it with twinkly Regulus higher up.) Despite the poor atmospheric seeing so low down, a telescope will show that Saturn's rings have turned nearly edge on! They're tilted just 4° to our line of sight.

Uranus and Neptune (magnitudes 5.7 and 7.8, respectively, in Aquarius and Capricornus) are in the southeast and south during evening. Use our article and finder charts or the chart in the September Sky & Telescope, page 63.

Pluto (magnitude 14.0, in the northwestern corner of Sagittarius) is still in the south-southwest right after dark. If you've got a big scope and a dark sky, use our article and finder chart. 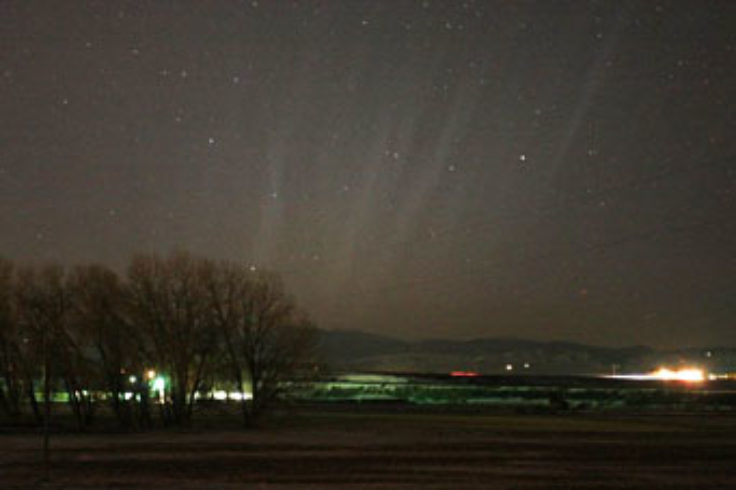 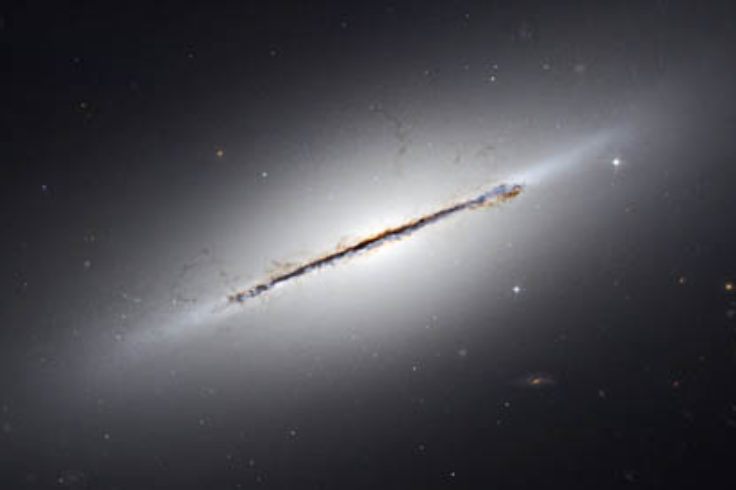