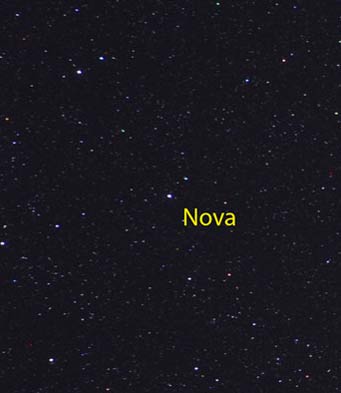 Bright nova in Delphinus. The nova discovered in Delphinus last Wednesday brightened to magnitude 4.4 in the next 48 hours. Delphinus is conveniently high in the evening sky. The nova is easy to see in binoculars, and it's visible to the naked eye if you have a dark sky. See Bright Nova in Delphinus, with a finder chart and a link to a continuously updated light curve.

Supernova in M74. Meanwhile, the supernova in the galaxy M74 remains about magnitude 12.6 three weeks after it erupted. See Supernova Still Bright in M74.

Venus (magnitude –4.0) shines brightly low in the west in evening twilight, far below Arcturus. Look to its left and somewhat higher for much fainter Spica, and further on, Saturn. In a telescope Venus is still small (14 arcseconds) and gibbous (78% sunlit).

Mars and Jupiter shine in the east before and during dawn. Jupiter is the highest and brightest (magnitude –2.0). Look for faint Mars (magnitude +1.6) increasingly far to Jupiter's lower left. Both are in Gemini; Pollux and Castor twinkle to Mars's upper left.

Saturn (magnitude +0.7, on the border between Virgo and Libra) glows in the southwest as twilight fades, with Spica 12° to its lower right and Venus much farther lower right.

Uranus (magnitude 5.8, in Pisces) and Neptune (magnitude 7.8, in Aquarius) are both in view toward the southeast by 11 or midnight. Finder charts for Uranus and Neptune. 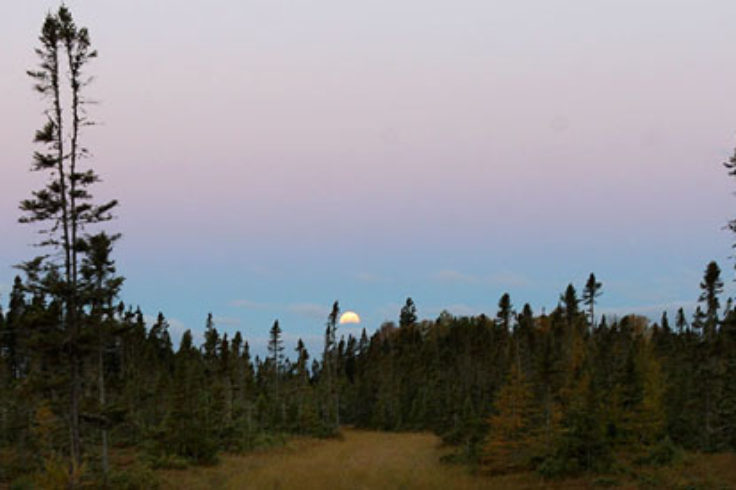 We're All In This Together: Lunar Totality