The Sky Tour astronomy podcast for April 2019 takes you on a guided tour of the predawn sky and then helps you find a Hunter, a Lion, and a Bear in the evening sky.

This month's Sky Tour gives the dates of key Moon phases; takes a peek at the predawn sky, tracks down a hunter, a lion, and a bear after sunset; and lets you know when you'll have the chance to see a modest meteor shower.

It might be spring, but most of winter’s bright stars are still hanging around. In the west, Orion is getting quite low. Find the distinctive horizontal row of three stars that form the belt of Orion, the Hunter. Above the belt is reddish star Betelgeuse and below it is the icy white star Rigel.

High up and almost overhead around 9 o’clock is the distinctive constellation Leo, the Lion. He’s facing to the right, with his head and mane forming a big backward question mark that’s a little bigger than your clenched fist. At the bottom of that pattern is Leo’s brightest star, Regulus, meaning “little king”.

To find out where and when to spot all these sky sights and many more, including an April meteor shower, play or download this month's episode. 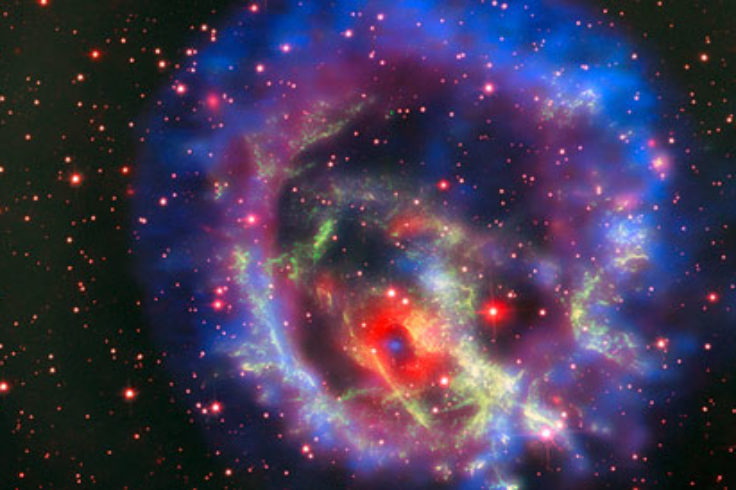 Astronomers Discover Lonely Neutron Star with a Curious Past

Nearby Remnant of a Gamma-Ray Burst?