A Teachable Moment: When the Moon's Shadow Came to Angola

The science educator Rodger Bybee defines a "teachable moment" as the occasion when students are "caught by phenomena, events or situations" that create "a need to know and increased motivation to learn." The field of astronomy can provide us with many such situations, from comets and meteor showers to that unforgettable first view of the phases of Venus or the moons of Jupiter. But, for cranking motivation levels up to eleven, nothing says "teachable moment" like a solar eclipse.

That, at least, is the idea behind a program called Global Communication and Science, which uses solar eclipses as an opportunity to inspire, educate and connect students in different countries around the world. The latest project took place last week in Huambo, Angola, which was on the path of annularity for the February 26th “ring of fire” eclipse.

The Instituto Superior de Ciências de Educação do Huambo (ISCED) hosted the project, which included public workshops and seminars, visits to schools, and media interviews. The website timeanddate.com, a leading supplier of eclipse information, was the lead sponsor; NCR Angola, an IT company, sponsored solar eclipse glasses that were given away to members of the local community. Support also came from the astronomy network Slooh, the Angolan Ministry of Higher Education, and the Provincial Government of Huambo.

What came out of this teachable moment? One was that we nudged students towards a better understanding of the enormity of the universe, challenging the widely held idea that Earth, the Moon, and the Sun are similar in size and close together in space. Solar eclipses can actually help to reinforce this popular misconception: when we see the Moon sliding perfectly over the Sun during an eclipse, it certainly looks as if they are similar in size and close together. Not to mention, the diagrams we see in the media ­­­­­ — as well as in science textbooks — are not drawn to scale.

Michael Allen (Kingston University, UK) calls this misconception a "barrier, preventing successful learning in science." In Huambo, therefore, students were asked to imagine that Earth were 10 centimeters in diameter, and then encouraged to think about how big and how far away the Moon and Sun would be. If you'd like to know the answers to this exercise, the following video, made specially for Global Communication and Science near a university in Japan, has the solution; it also explains the amazing mathematical coincidence that makes solar eclipses so magical . . .

Alas, after a fun week of wonderful activities, the Huambo project came to a rather soggy end: at the time of the eclipse, a huge thunderstorm swept across the central Angolan highlands, wiping out our chance of observing any events in the sky. Nevertheless, a "need to know" had most definitely taken root. As he left the observation site set up at ISCED in the late afternoon gloom, nine-year-old Marco announced that he was off to the library ­ — to hunt for books on astronomy.

Graham Jones is an educator based in Japan; he began the Global Communication and Science programme in 2015. Future projects include a teachers' resource for the August 21, 2017, total eclipse across the U.S. — to request a free copy, please visit https://tensentences.com/.

Thanks Bob, we had fun making the video! (And we were relieved that the maths actually worked...)

However, I am pleased to see they have added a Thomas Barlow Orrery exhibit last year.
https://www.youtube.com/watch?v=VS2a60oNNuI

Great link - thanks for sharing it! 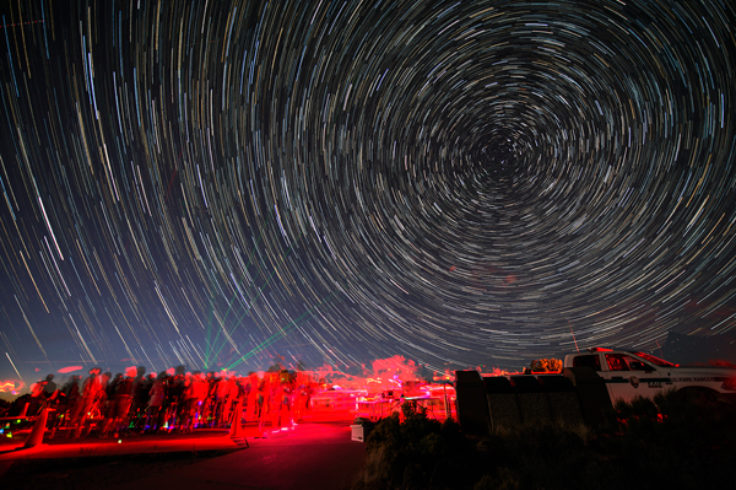