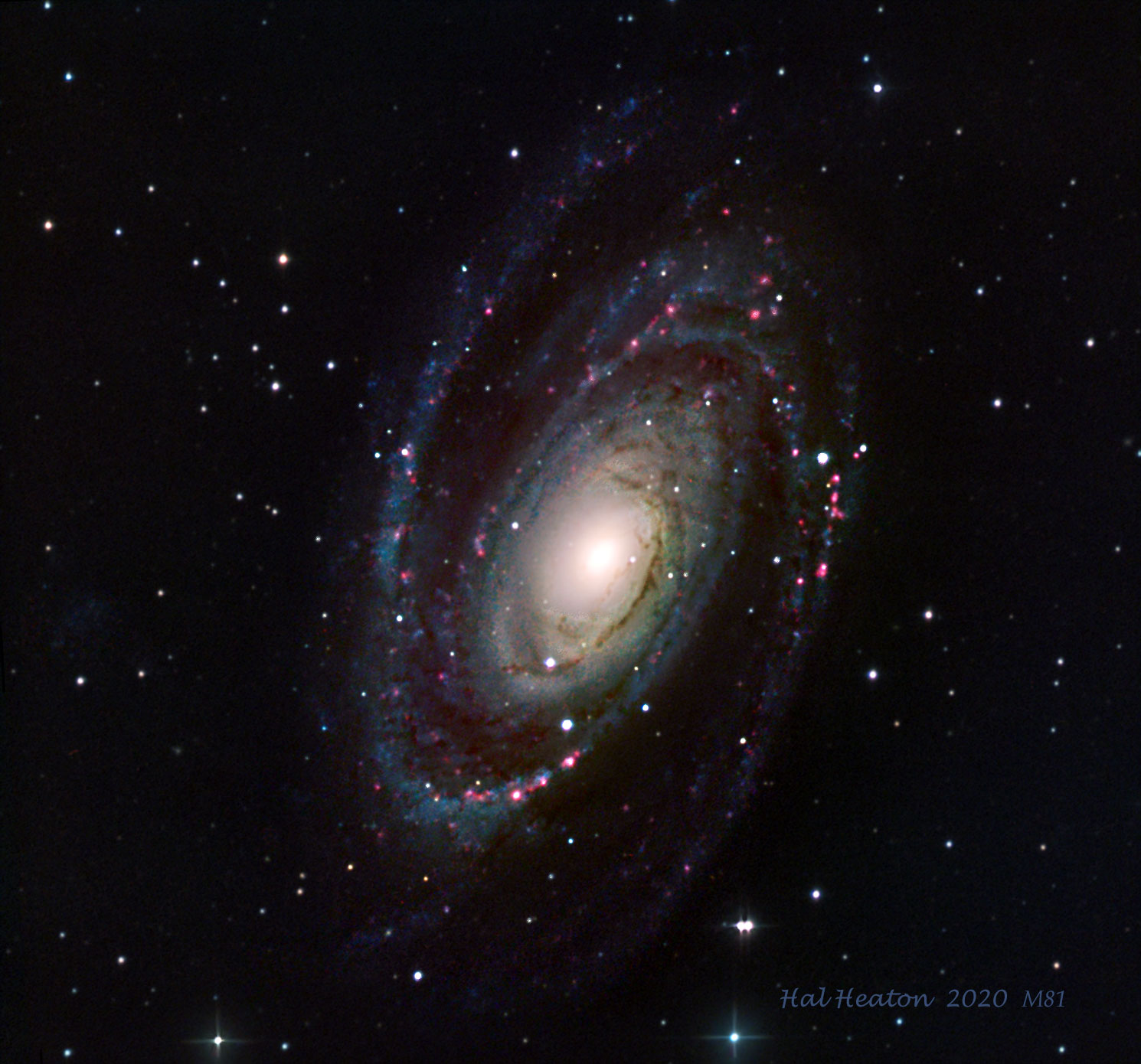 The magnificent M81, a grand design spiral galaxy that lies in Ursa Major approximately 41 degrees north of the Galactic plane, shines just below naked-eye visibility at an apparent magnitude of 6.9. With its reddish-yellow core of old stars and prominent arms comprising young blue stars and dust, it hosts a 70 million solar-mass black hole at its center. Although inclined to the line-of-sight by approximately 62.7 deg and nearly 3.7 Mpc (12 million light years) distant, its apparent size and brightness are among the largest in the sky. CCDStack v2 and Photoshop CC 2019 were used to produce this H-alpha (detail)-enhanced L(HA)R(HA)GB image, which was LAB-color adjusted and sharpened using a two-scale high-pass filter. Subsequently, the star profiles were reshaped to remove distortion caused by the lack of guiding and noise-reduction was performed. At the adopted distance, the finished 23.2 arcmin x 21.7 arcmin result spans 25 x 23.3 kpc. North is up and east is to the left.