The Perseid meteor shower, an annual celestial event beloved by millions of skywatchers around the world, has returned to the night sky. The shower's peak, predicts Sky & Telescope magazine, should come late Thursday night, August 11th, and last through the early-morning hours of the 12th. Those with clear, dark skies might see about one meteor per minute very late that night.

Perseid meteors can appear anywhere and everywhere in the sky. The best direction to watch is wherever your sky is darkest, usually straight up. Faint Perseids appear as tiny, quick streaks. Occasional brighter ones might sail across the sky for several seconds and leave a brief train of glowing smoke.

Begin watching for them soon after evening twilight ends. By then the shower's “radiant,” its perspective point of origin in the constellation Perseus, has risen above the northeastern horizon. The few Perseids that appear this early will be spectacularly long "Earthgrazers" that skim along the top of the atmosphere. Later on, when Perseus is higher in the northeast, more meteors will appear all over the sky.

Light from the Moon, just one day past first-quarter phase, will hinder the viewing slightly until it sets at about 1 a.m.

A Bonus Year for the Perseids?

Meteors are caused by tiny, sand- to pea-size bits of dusty debris streaking into the top of Earth's atmosphere roughly 80 miles up. Each Perseid particle hits at 37 miles (60 km) per second, creating a white-hot streak of superheated air. The nuggets in Grape Nuts cereal are a close match to the estimated size, color, and texture of typical meteor-shower particles.

The bits in the Perseid stream were shed long ago by Comet Swift-Tuttle, also known as 109P. They're now distributed all along the comet's large, cigar-shaped orbit around the Sun. Earth passes through this tenuous "river of rubble" every year in mid-August. In a typical year, when looking into a very dark, moonless sky, you might expect to see about 60 to 90 Perseids per hour late on the night of the shower's maximum.

But this year's rate might be higher, meteor specialists predict. That's because the planet Jupiter periodically passes the comet's orbit, most recently in November 2014. The giant planet's gravity tugs the particles passing by at the time, pushing them closer to Earth's orbit than they otherwise would. The particles perturbed in 2014 are due to arrive in Earth's vicinity this year.

Dynamicist Mikhail Maslov predicts that the maximum Perseid rate will be roughly double the usual — but that the peak will come during daylight hours for North America. Meanwhile, French meteor expert Jérémie Vaubaillon predicts an enhanced peak somewhat earlier, around 1 a.m. EDT on August 12th — ideal for those on the East Coast.

To enjoy the Perseids, you need no equipment but your eyes. Find a dark spot with a wide-open view overhead. “Relax, be patient, and let your eyes adapt to the dark,” says Sky & Telescope senior editor Alan MacRobert. “With a little luck you'll see a ‘shooting star’ every minute or so on average.”

Any light pollution will cut down the numbers visible. But the brightest few meteors shine right through light pollution. In fact, a recent NASA analysis of all-sky images taken from 2008 to 2013 shows that the Perseids deliver more bright meteors (those that outshine any star) than any other annual shower. 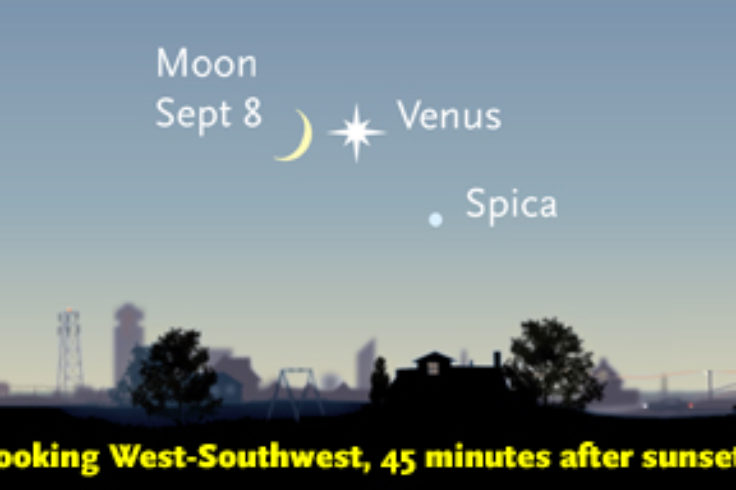 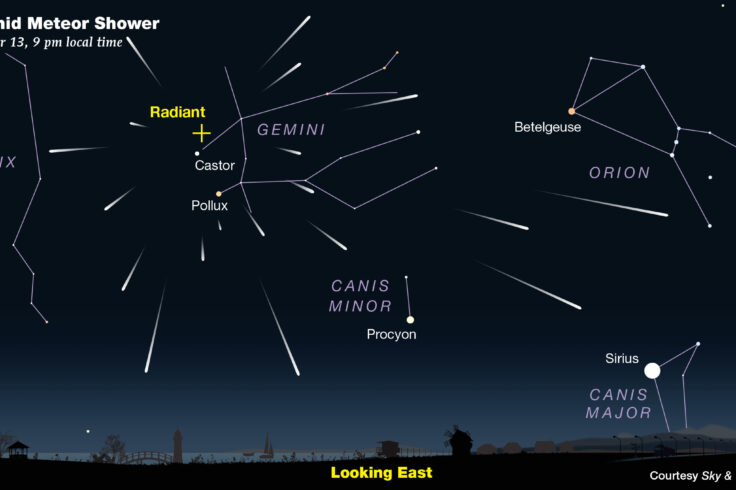