Mars at Its Biggest and Brightest Until 2035

All eyes on Mars! October 2020 is a big month for the Red Planet.

On Tuesday, October 13th, Mars will be at opposition — opposite the Sun in the sky. On that date, Earth is situated directly between Mars and the Sun. As a result, Mars rises as the Sun sets and sets as the Sun rises. Opposition — the most significant Martian date on stargazers’ calendars — is also when the planet is at its brightest and near its maximum apparent size in telescopes.

Because of the shapes and orientations of the planets’ orbits, however, Mars and Earth were actually closest on Tuesday October 6th, separated by just 62 million kilometers (39 million miles). For Mars, that’s very close even if still a great distance — more than 160 times farther than the Moon. The planet won’t be this near us again until 2035.

Mars oppositions occur at roughly 26-month intervals, when Earth catches up to Mars as the planets circle the Sun. This year’s opposition is special because it occurs close to when Mars reaches the point in its orbit that’s closest to the Sun, called perihelion. The planet’s orbit is distinctly out of round (its eccentricity is 0.09 versus 0.00 for a perfect circle), so at times Mars can be up to 21 million km (13 million miles) closer or farther from the Sun than average. This year the Red Planet reached perihelion on August 3rd and since that date has slowly been moving farther from the Sun.

Although Mars was somewhat closer to Earth in 2018 (58 million kilometers away), for observers in the Northern Hemisphere the 2020 opposition is much more favorable since the Red Planet is farther north and therefore higher in the sky, where it can be viewed (and photographed) with telescopes in much greater detail because the planet is observed along a shorter, more direct path through Earth’s atmosphere.

How to See Mars

To see Mars, simply step outside in the early evening and face due east. The planet appears as a bright, campfire-orange “star” just above the horizon. Mars is easy to identify thanks to its location (nothing comparably bright is in that region of sky), brightness, and distinctive warm hue. By midnight, the planet is high in the south. Although Mars is currently a prominent naked-eye sight, a high-quality telescope is required to glimpse its famous surface features.*

Right now, Mars is especially conspicuous. Its peak brightness on opposition night, as measured with the logarithmic magnitude scale used by astronomers, will be –2.6, outshining Jupiter, which gleams bright white in the southwest. In the weeks following opposition, Mars will rise earlier and earlier but will gradually begin to fade. By the end of November, Mars will be only a quarter as bright, having faded to magnitude –1.1, slightly fainter than Sirius, the brightest star in the night sky, which will then be rising in the southeast.

*You might read on the internet that “Mars will appear as big as the full Moon in the sky!” This hoax returns with every Mars opposition. To the unaided eye, Mars always looks like a star. But if you look at the Red Planet at this opposition in a telescope at a magnification of about 80×, it will appear about the same angular size in your field of vision as the Moon does to the naked eye. This means that you can see about as much detail on Mars in a telescope as you can see on the Moon with just your eyes.

brightest star to its left

Get a "Ringside Seat" for Saturn Spectacular 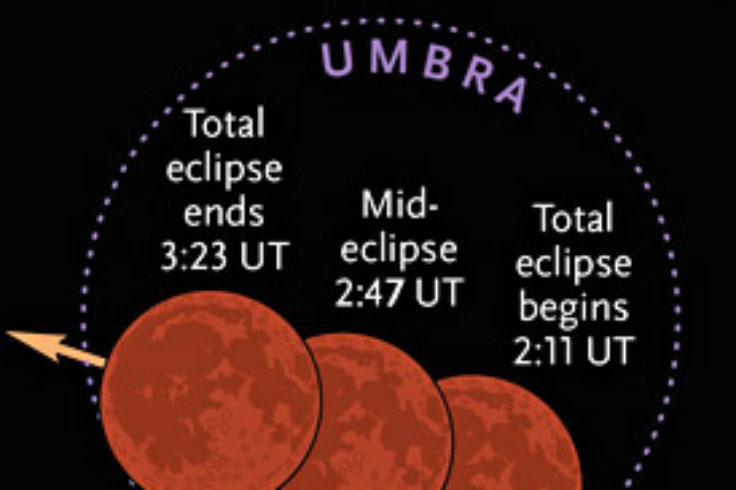 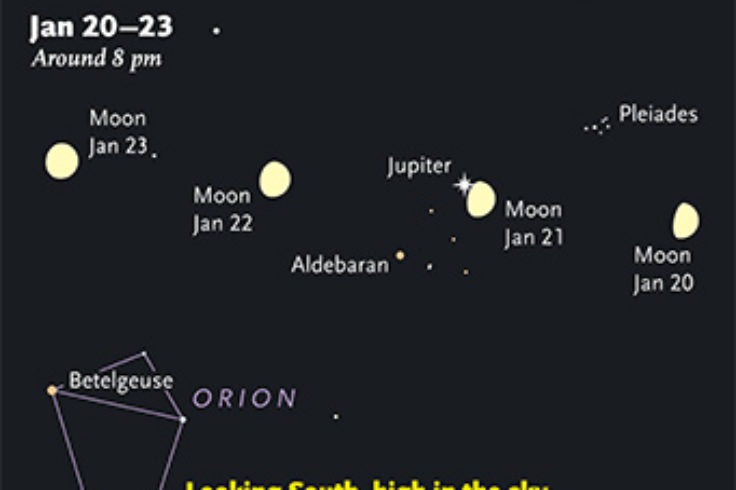