Beyond the Printed Page: Soviet Stamps and Astronomy 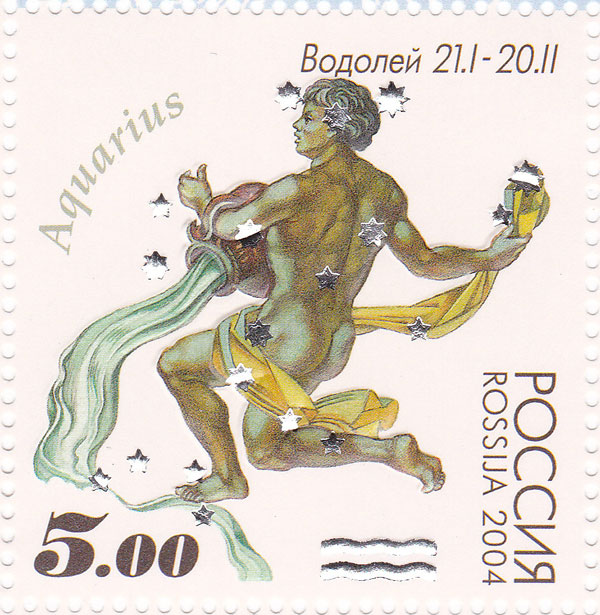 Our Focal Point in the December 2015 issue concerns a matter that Soviet authorities in the mid-1980s deemed delicate: how to depict Aquarius in the margins of a miniature sheet of postage stamps dedicated to the Soviet Union’s Vega missions to Venus and Halley’s Comet.

As this mini-sheet of one of the three 1984 Vega stamps shows, the Soviet official in charge of approving such stamps forced the artist to add a sort of loincloth to Aquarius (lower left corner), presumably to avoid corrupting the morals of the Soviet public:

Twenty years later, when the Russians published a series of stamps depicting the 12 signs of the zodiac, no such prudishness is seen. What is seen is the exposed rear end of Aquarius, just as the ancient Greeks might have depicted it:

Aquarius, the Water Bearer, appears in all his glory amidst all 12 zodiac stamps from the 2004 Russian series: