Inside the April 2021 Issue 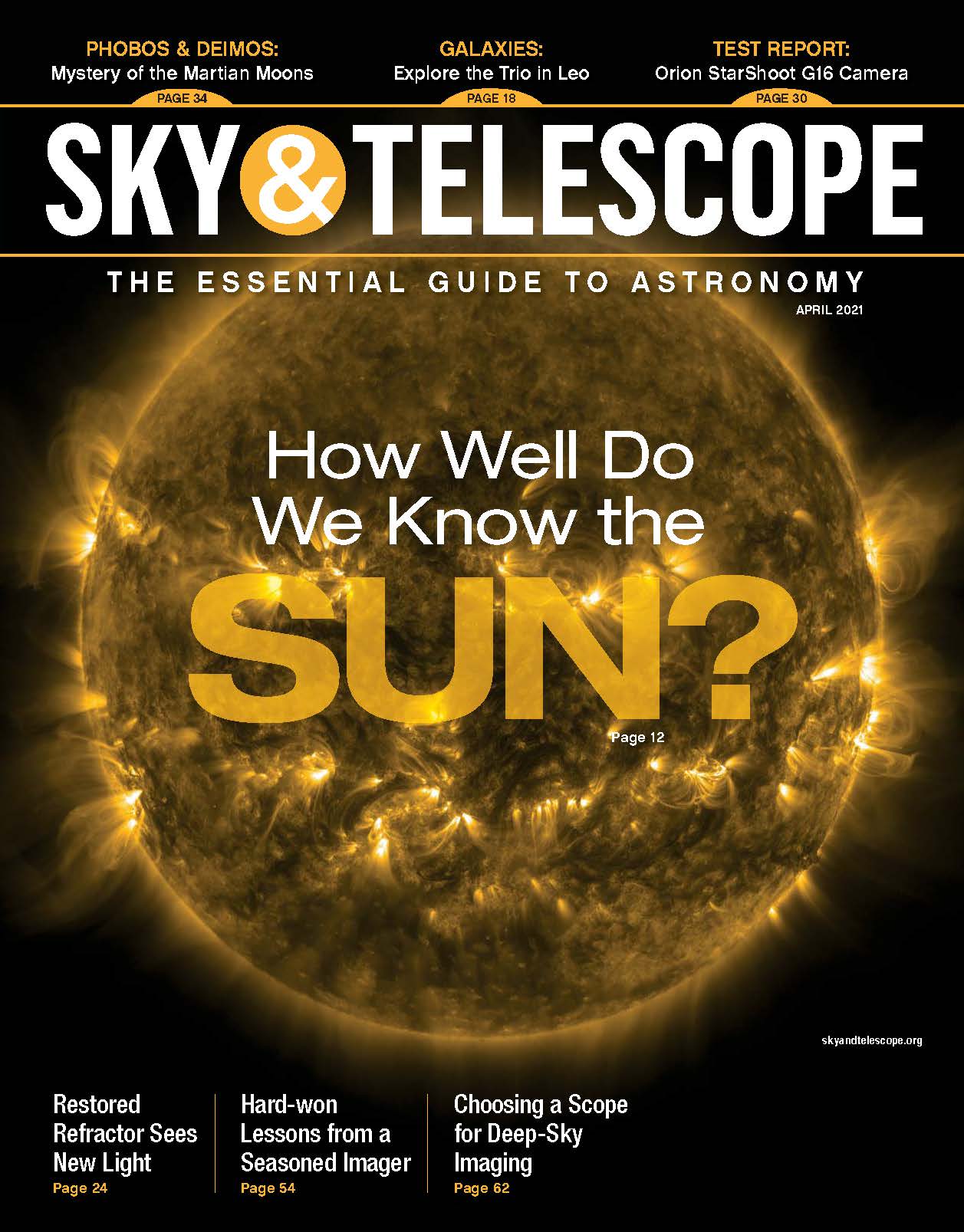 The Sun, the Leo Triplet, and the Martian Moons

In the April 2021 issue of Sky & Telescope, we’re taking a closer look at the Sun and discussing the solar abundance problem that has two rival groups of astronomers up in arms. Meanwhile, one stalwart astronomer protected and renovated a historic observatory in Seattle, Washington, to teach future generations about astronomy in the early 1900s. In its over-a-century of operation, the telescope at the Theodore Jacobson Observatory has likely seen many spectacular sights, and now thanks to Ana Larson and colleagues, it will see many more. The April sky offers plenty of celestial delights, among them the galaxies of the Leo Triplet. They’re magnificent even in small telescopes, but Howard Banich breaks out the big scopes to sketch the details of M65, M66, and NGC 3628. To figure out the origin of the Martian moons, even big telescopes won’t suffice — we’ll need a mission that touches the surface of Phobos and returns a sample to Earth.

How Well Do We Know the Sun?

Even though the Sun is our nearest star, we may not understand it as well as we thought.

A compact collection of galaxies warrants not only observing but also sketching.

It took an astronomer who refused to give up on herself to save a historic observatory for a new generation.

The Mystery of the Martian Moons

Here’s a clever way to compare features in deep-sky imaging scopes before making a purchase.

Use Aladin visualize your targets and calculate their distances.

Visit the historic observatory written about in “Resurrecting a Classic Refractor” once it’s open again.

Learn more about the myth surrounding Pollux and Castor.

The most famous two-star pattern in the heavens deserves a second look.

Sunspots are beginning to appear on the solar disk after a prolonged lull.

Why are some craters filled with smooth lavas and others aren’t?

I Wish I’d Known Then What I Know Now

See what else April's issue has to offer.