Inside the August 2020 Issue 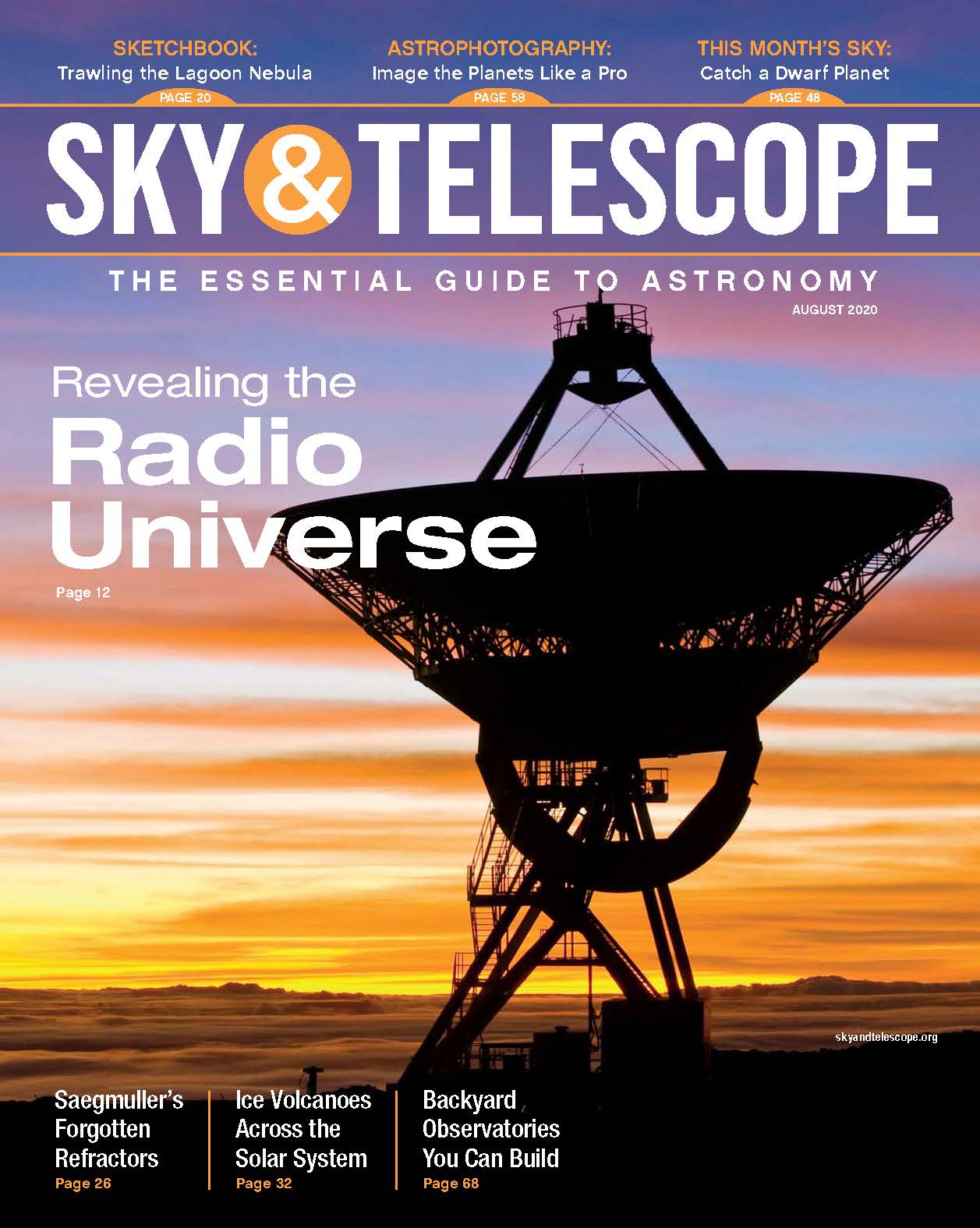 In August's issue of Sky & Telescope, advanced radio telescopes meet pre-World War I refractors. Learn all about George Nicholas Saegmuller’s innovative large refractors, including one that was thought to have been stolen or destroyed by Nazis during World War II. Then, we cover the development of radio astronomy over the past century and of massive radio telescope arrays that cover the globe. Next, join us as we point our telescopes at Sagittarius, take a deep dive into the Lagoon Nebula, and capture stunning images of Saturn and Jupiter. Read on to learn how you can contribute your planetary images to ongoing astronomy research. For the grand finale, we venture out to the coldest worlds in the solar system to study out-of-this-world volcanoes that erupt ice instead of lava.

Astronomers have invented a variety of novel approaches to observe the longest wavelengths of the electromagnetic spectrum.

Swimmin’ in the Lagoon

The Lagoon Nebula harbors a wealth of cosmic treasures.

The legacy of one 19th-century telescope maker’s short but productive career survives in the instruments he created.

An unearthly kind of eruption launches plumes and builds mysterious mountains on worlds throughout the outer solar system.

Contributing to the study of our neighboring worlds is easier than you may think.

Fly Through the Lagoon Nebula

Enjoy this video of NASA zooming in on the details of the Lagoon Nebula in 3D.

Read Mark Bratton’s notes on the creation of his A-frame backyard observatory.

Join the Association of Lunar and Planetary Observers and assist astronomers with your planetary images.

Night of the Perseids

Meteors are just one of the attractions when this famous summer shower peaks.

Warm August nights are ideal for relaxing under the stars and watching one of the best meteor showers of the year.

Bird of the Mighty Wing

The celestial eagle harbors a wide variety of deep-sky objects.

See what else August's issue has to offer.