Inside the August 2021 Issue 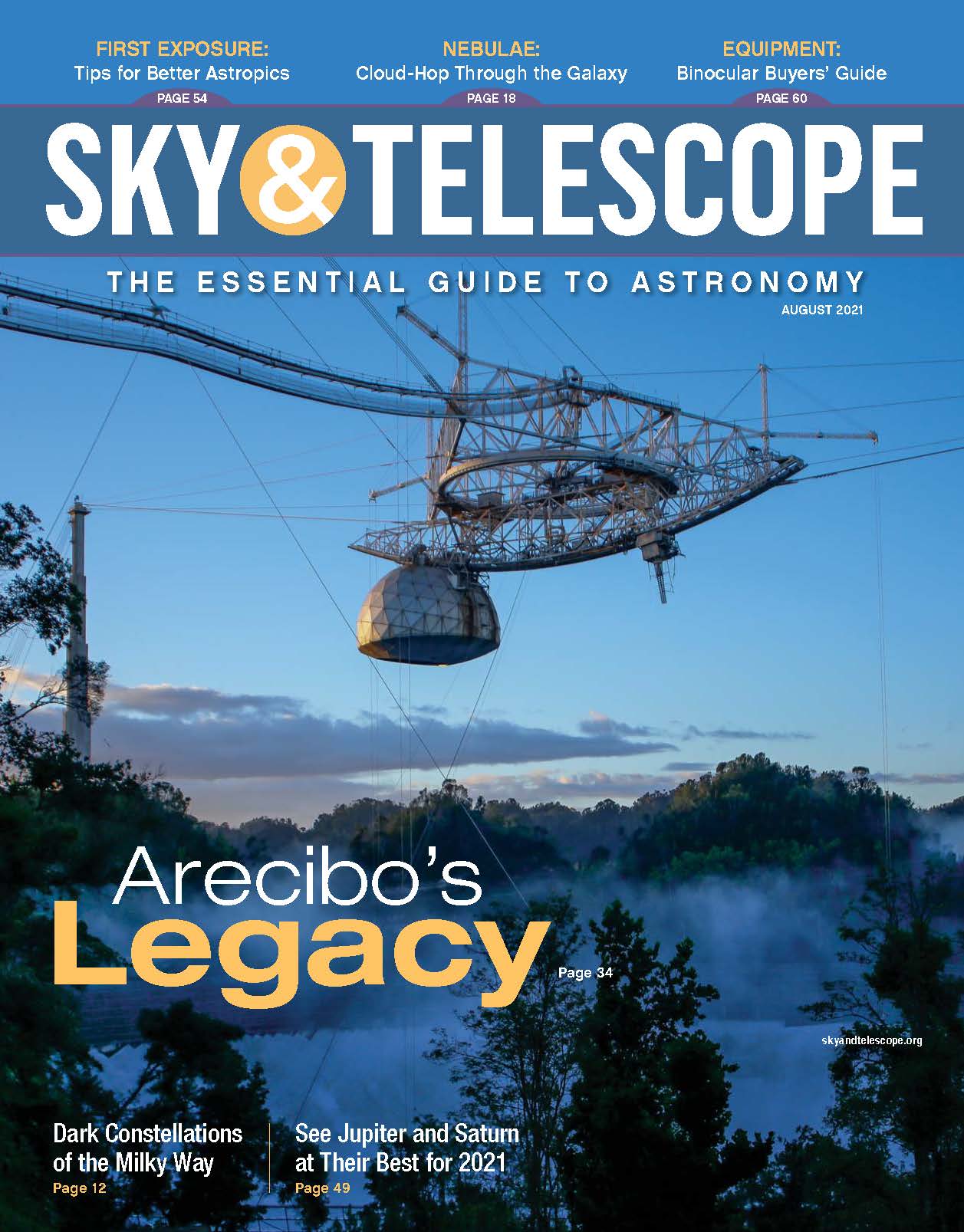 In the August 2021 issue of Sky & Telescope, we’re examining the social impacts of astronomy. We all faced many dark days last year, but for astronomers and the people of Puerto Rico, the day the Arecibo Telescope collapsed was particularly difficult. Arecibo Observatory participated in many important scientific discoveries. But to the people of Puerto Rico who lived in its shadow, it was also an inspirational monument to science and the country’s resilience. Now, both communities are committed to rebuilding the telescope once funds become available. In the meantime, we’re looking for shapes in the dark. While some ancient cultures were drawing lines between stars to navigate the night sky, others were telling stories about the dark, dusty clouds of the Milky Way. As our galaxy’s center appears to rise in the summer skies, we’re peering into those constellations to pick out the dark nebulae that dot those areas and their brighter counterparts. You may need a nice pair of binoculars to see these objects. If you’re buying your first pair or looking to replace an old one, check out our updated guide to purchasing binoculars for astronomy.

Many cultures draw patterns in the sky not with stars but with darkness.

The Milky Way offers a profusion of nebulae.

Deciphering the Mystery of RW Aurigae

Professional and amateur astronomers band together to study a young binary star.

The loss of the iconic radio telescope abruptly ended more than a half century of science and inspiration.

Much of the sage advice of the past has become obsolete following recent changes in the equipment marketplace.

Avoid having your observing sessions interrupted by clouds with this weather forecasting tool.

Learn all about evaluating the parabolization of your hand-ground mirrors.

Follow the story of the Arecibo Telescope as scientists get ready to rebuild.

The Queen Star of Summer

A Near-Perfect Year for Perseids

Sit back, relax, and enjoy this summer meteor spectacle.

Hills in the Middle

The central peaks in larger lunar craters testify to the power of gravity in the moments after impact.

Your first night-sky shots may not be perfect, but they can teach you a lot.

See what else August's issue has to offer.