Inside the February 2023 Issue 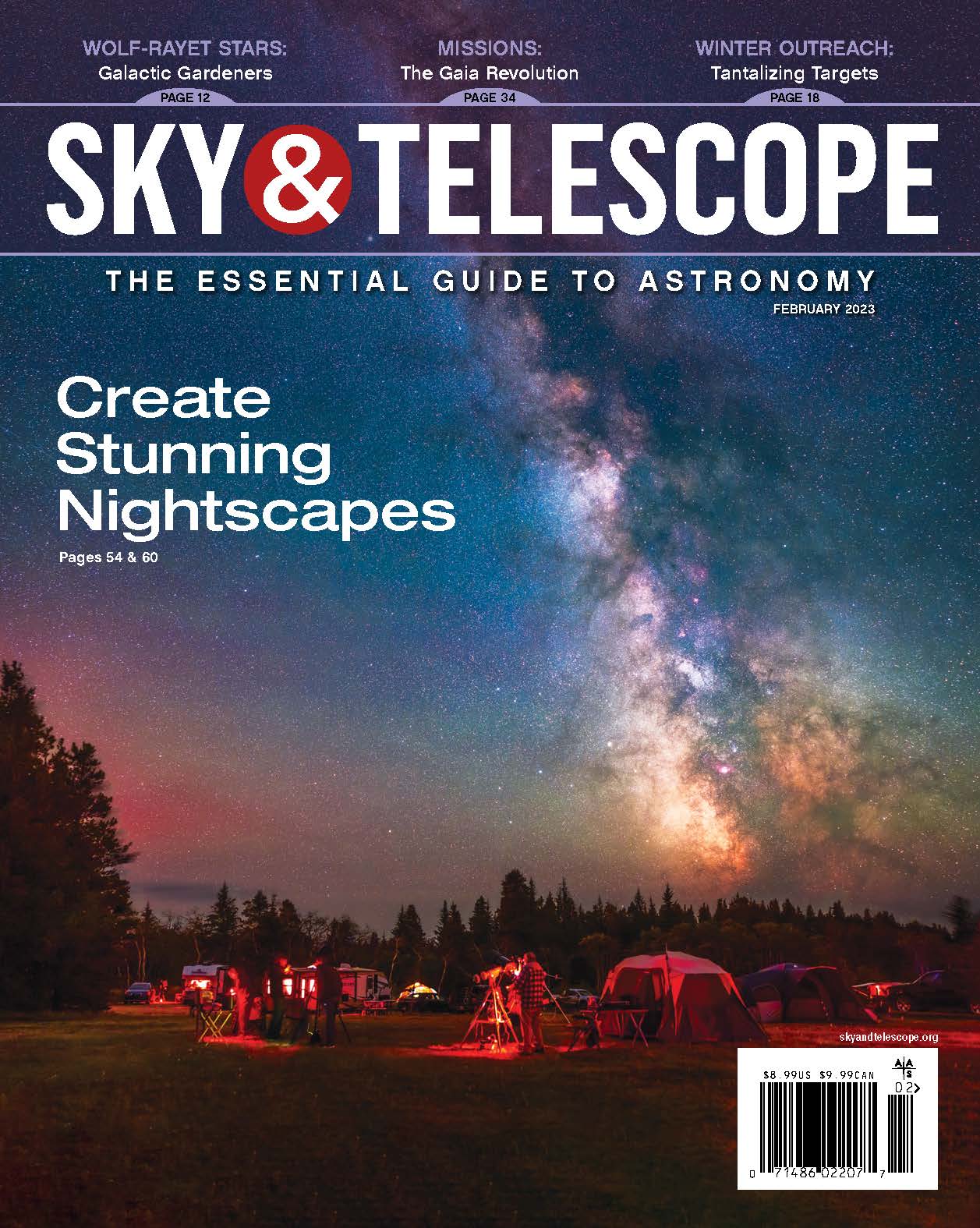 In the February 2023 issue of Sky & Telescope, Alan Dyer shares his tips and tricks for creating incredible nightscapes and stunning panoramas. While we’re capturing bits and pieces of the sky from Earth, the European Space Agency’s Gaia mission is mapping stars along the entire celestial sphere. We’re covering the enormous contribution this space observatory has made to astronomy so far. Even as Gaia takes us into the future of star maps, we’re celebrating their history with a look at the astronomer who introduced 16 of our modern constellations. From constellations to star maps, we’re on the path to an improved picture of what our galaxy looks like from the outside. Recently, astronomers charted a previously unknown structure, a bridge between the Local Arm and the Perseus Arm that they’re calling the Cepheus Spur.

The Allure of Wolf-Rayet Stars

Showing the public celestial sights through a telescope can be a wonderfully rewarding experience.

The Constellations of Petrus Plancius

A little-known astronomer introduced 16 of our 88 constellations. Who was he?

This feature in our galaxy drapes distant luminaries across the northern sky from Cepheus to Orion.

The prolific surveyor has mapped the universe and unraveled our galaxy’s history.

Panoramic mosaics can show far more than a single image ever can.

Photos of the DART Impact

Check out this catalog of Wolf-Rayet stars.

Find out about supernova detections as they are reported.

These celestial treasures are yours for the taking if your skies are dark enough.

Eight icy visitors are expected to be bright enough for modest backyard scopes.

Look for tiny clues that reveal the true nature of light plains.

Great night-sky shots can be made with just a camera, lens, and tripod.

See what else February’s issue has to offer.