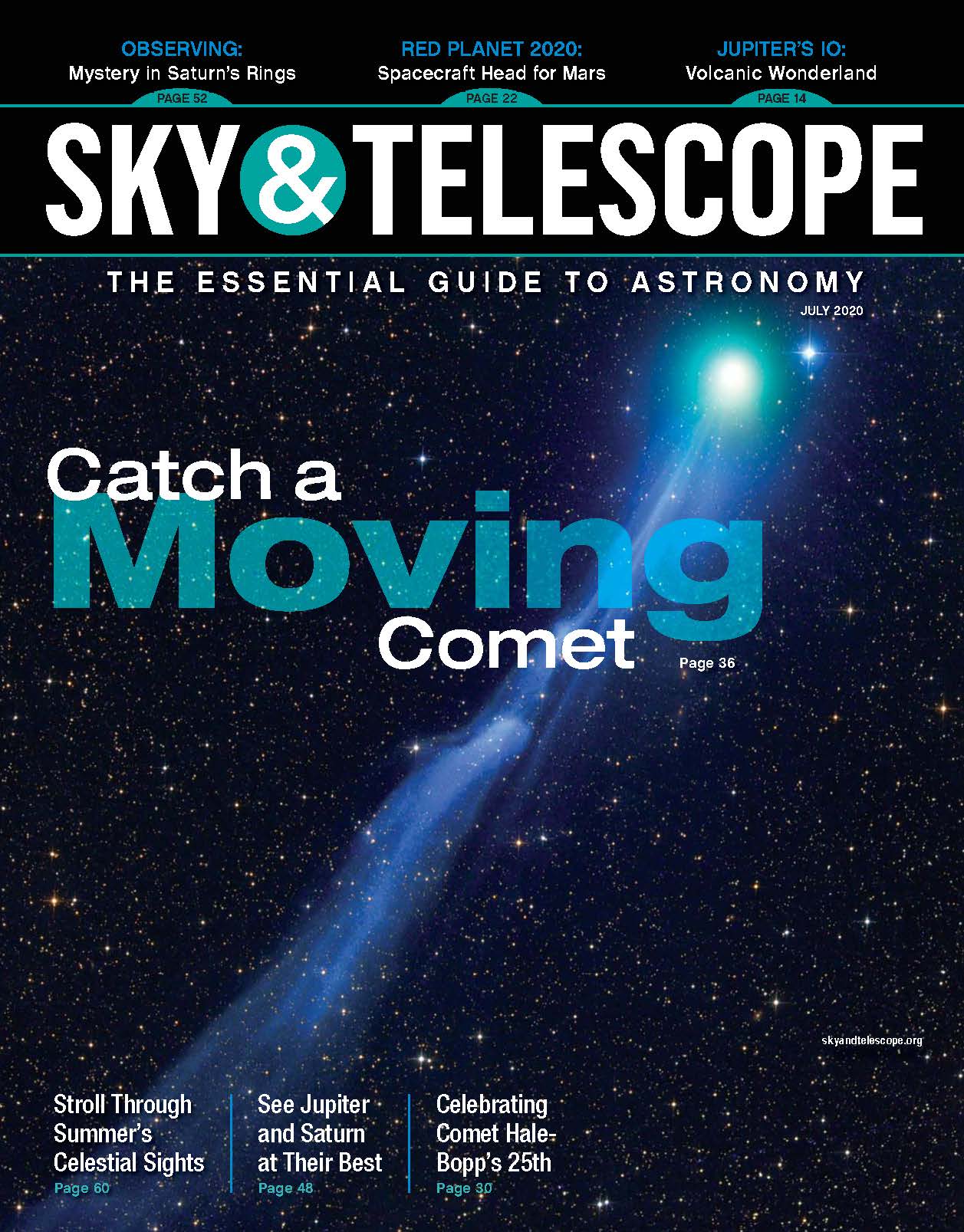 The Lava Fields of Io, Missions to Mars, and Comet Photography

In July’s issue of Sky & Telescope, we’re watching for comets and heading for Mars. Comet ATLAS may have been a disappointment, but that doesn’t mean we can’t sit back and enjoy stories of the astounding visage of Hale-Bopp while we keep our fingers crossed for Comet SWAN — and hope that stargazers will soon have a new comet to talk about for decades to come. When that day finally comes around, you can be ready to capture it in full detail with our guide to photographing these icy visitors. In the meantime, we can enjoy the collection of magnificent summer objects in Sagittarius, the same constellation in which Hale-Bopp was first spotted. While we watch the skies, the U.S., China, and the United Arab Emirates are launching for them with three new missions to study Mars. With upgraded cameras and Raman spectrometers, NASA’s Perseverance rover hopes to further the search for life, as China sets the foundation for future exploration and UAE’s Hope orbiter answers lingering questions about Mars’s atmosphere. Finally, Mars may be the Red Planet, but Io is red-hot. Join us as we explore the massive lava lakes, fountains, and eruptions of Jupiter’s volcanic moon.

The summer of 2020 will see three spacecraft launch toward the Red Planet, each one with distinct objectives.

A quarter of a century after its discovery, this big, bright comet remains vivid in memory.

A Tourist’s Guide to the Summer Highlights

Roam the summer skies and revel in this collection of fine objects in and around Sagittarius.

Learn about the observatory made of shipping crates and golf balls that has survived for almost four decades.

Read the Astrophysical Journal paper in which scientists identify this new category of spiral galaxy.

Use these directions to build a small inexpensive telescope.

This sprawling summer constellation is full of interesting sights.

Pluto by Way of Jupiter

A Mystery in Saturn’s C Ring

Have observers witnessed upheavals in the Crepe ring?

See what else July's issue has to offer.