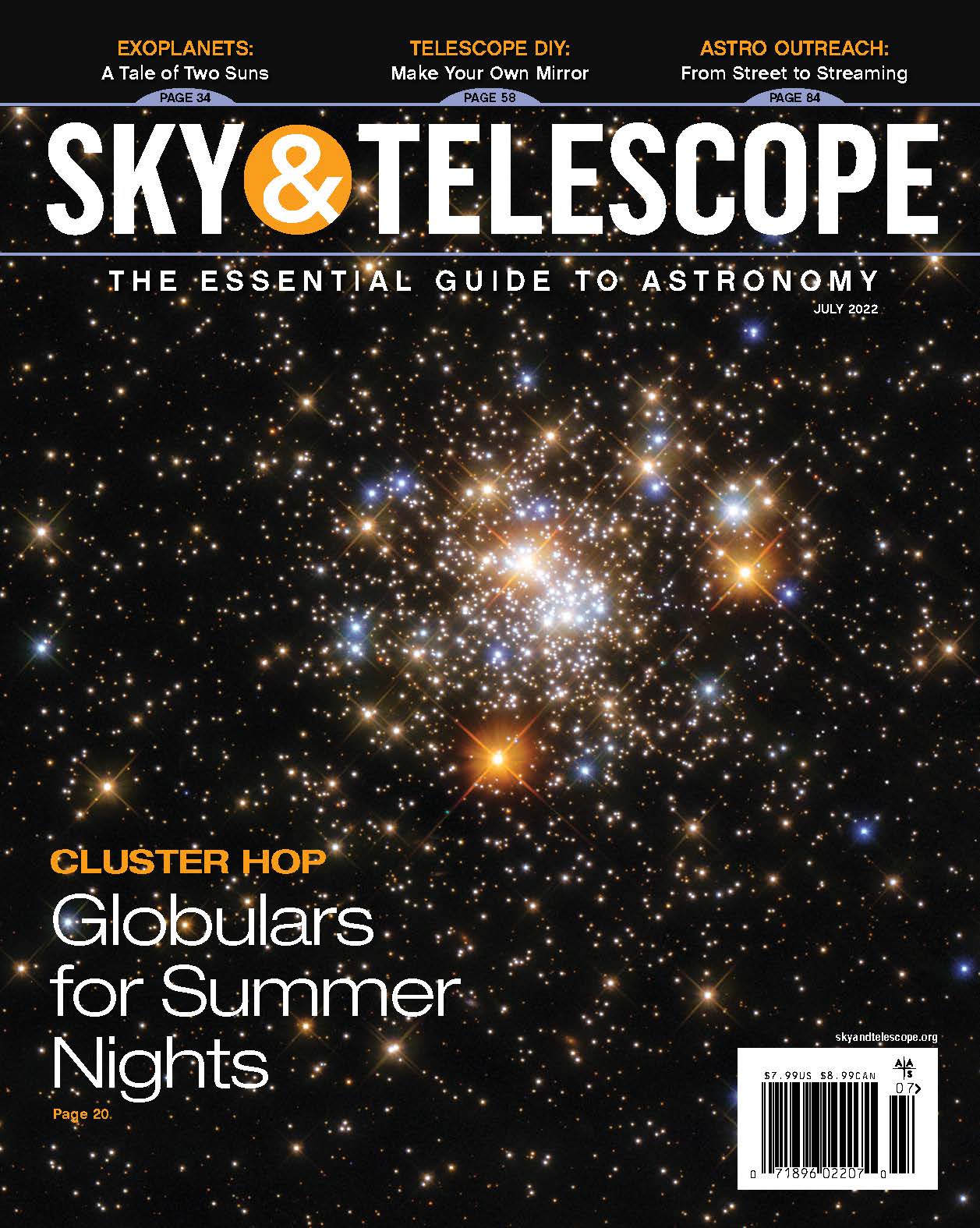 In the July 2022 issue of Sky & Telescope, we explore a set of lesser-known globular clusters. Then we take a dive into worlds with more than one Sun — once the stuff of science fiction, astronomers now know of hundreds of these potential real-life Tatooines. While some scientists examine planets around far-off stars, other astronomers are still hunting for planets in the distant edges of our solar system. Does a ninth planet exist? The search for Planet X continues as astronomers pluck more and more Kuiper Belt objects out of the murk. Finally, if building a telescope to pick out those distant stars and galaxies isn’t enough of a challenge, it’s time to grab some grit and start grinding: We’re pushing glass to new horizons with a guide to the basics of mirror grinding.

Some astronomers suspect that a ninth planet lurks in the most distant reaches of the solar system.

Go beyond the Messiers and explore a collection of lesser-known clusters.

Charles Greeley Abbot and the Epic Hunt for the Solar Constant

Unlocking the Sun’s secrets is an ongoing challenge that got its start in the 19th century.

Astronomers now know of more than 200 alien worlds orbiting one or both stars in a binary system.

Grinding your own mirror can be great fun – and result in an excellent telescope.

Get Involved with Venus

Upload your images of Venus’s clouds to the Planetary Virtual Observatory & Laboratory database.

Learn about the histories behind many of the NGC objects.

Build your own telescope with these detailed instructions from the Springfield Telescope Makers.

Use this guide to perfect your hand-ground mirror.

Scope the dwarf planet while it’s at its best for 2022.

The celestial Arrow guides us to treasures both simple and subtle.

See what else July’s issue has to offer.