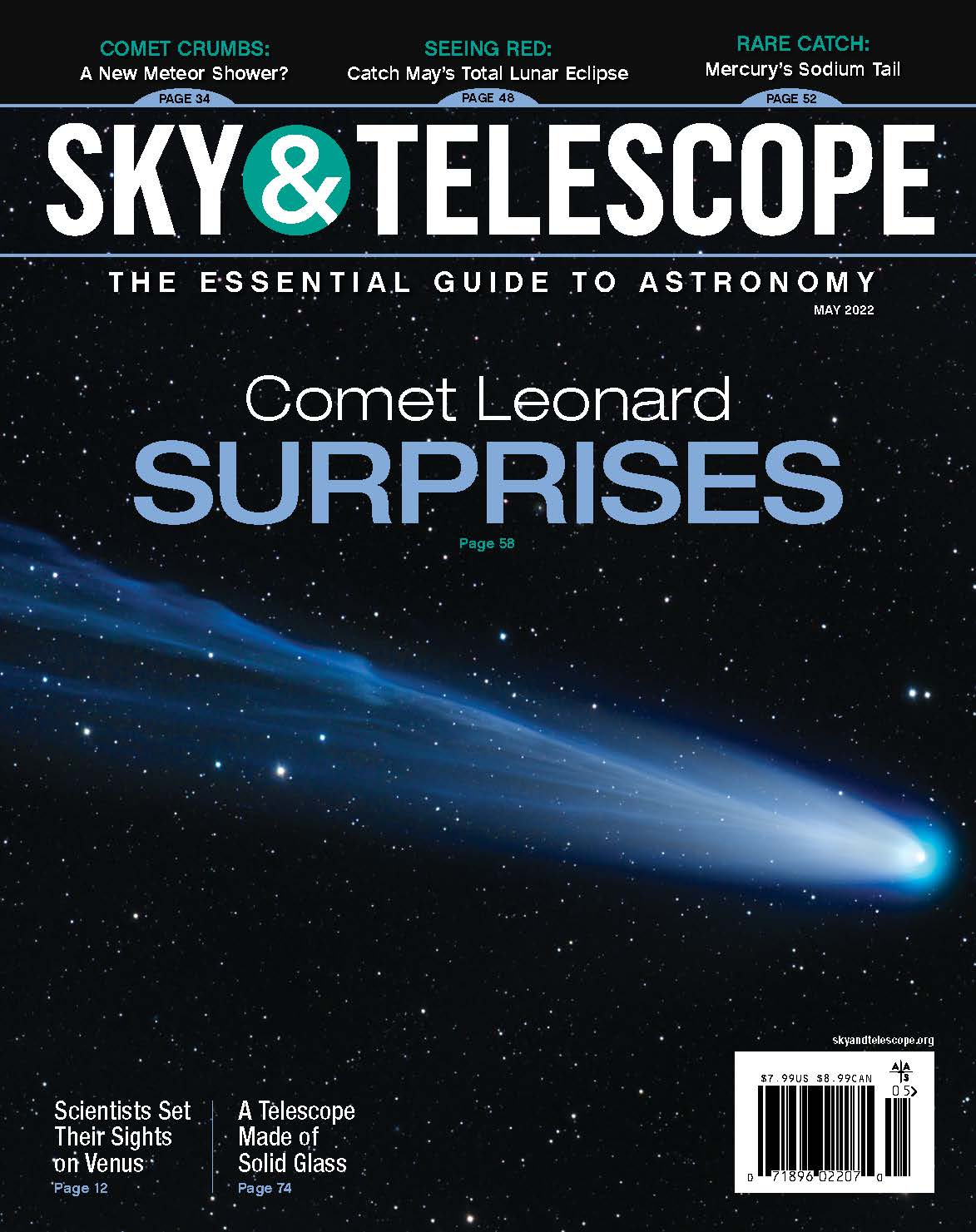 In the May 2022 issue of Sky & Telescope, we’re displaying some of the incredible images and sketches of Comet Leonard (C/2021 A1) sent to us by our readers. We also discuss a possible new meteor shower from the broken pieces of Comet 73P/Schwassmann-Wachmann. Plus, Venusian science is on the rise with three new missions heading to Earth’s sister planet in the next decade. So if you haven’t taken a look at the second planet from the Sun in some time, it’s time to break out those binoculars. We also have a fantastic selection of springtime binocular galaxies to enjoy while you wait for Venus to appear over the horizon alongside Jupiter a few hours before the Sun this month. Also in this issue, we present a cosmology conundrum for you to mull over: Why don’t the oldest stars have as much lithium as current estimates say they should?

Three new missions will transform our understanding of Earth’s evil twin in the 2030s.

Why do the oldest stars have only a third as much lithium as Big Bang predictions say they should?

Crack out your binos and see how many distant island universes you can spot during mild May evenings.

A broken comet might produce a surprise display at the end of May.

Help S&T editors and scientists measure the size of the Earth’s shadow during the total lunar eclipses in 2022.

Read AAVSO’s guide to getting started in spectroscopy.

Learn more about the Schmidt-Cassegrain that Rik ter Horst made from a single piece of glass.

Close-Up on the Crow

This month offers the first total lunar eclipse in a year.

The Surprising Tale of Mercury’s Tail

The hunting hounds of the Herdsman chase a ball of stars named M3.

See what else May’s issue has to offer.