Inside the November 2021 Issue 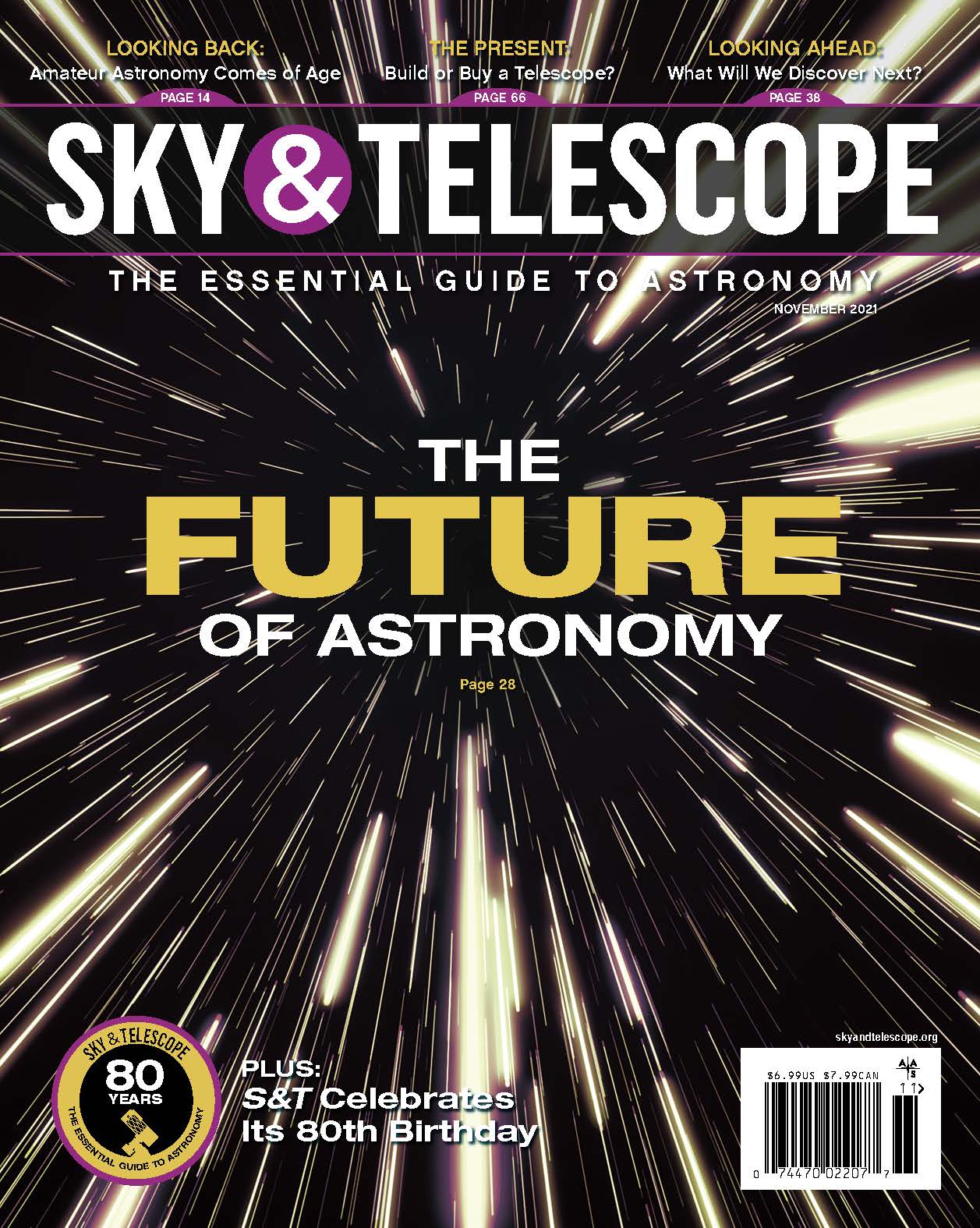 80 Years: Where We’ve Been, Where We Are, and Where We’re Going

In the November 2021 issue of Sky & Telescope, we’re celebrating our 80th anniversary by taking a look at the past, present, and future of astronomy. First, take a trip down memory lane with us as we examine how the amateur community and Sky & Telescope developed side-by-side. We also explore the life story of a dedicated observer and amateur telescope maker. As amateur astronomy progressed, so did its telescopes. Today, it’s easier and cheaper to buy an excellent ready-made telescope than ever before, so we investigate whether the old adage still stands: Is it more cost-effective to build a telescope yourself? Finally, after talking to professionals across the field, Sky & Telescope predicts what’s next for astronomy. Read about what may be coming down the pipeline for future missions and see our timeline of what astronomical discoveries we expect to see in the next 30 years. Among them, some will come from the telescope we've been waiting for, now almost ready for launch. We discuss what went into building the James Webb Space Telescope and what scientists hope to learn from this technological marvel.

A Golden Age for Amateur Astronomy

By William Sheehan and Klaus Brasch

A generation in the making, the James Webb Space Telescope is the synthesis of scientific vision, technological advancement, and engineering achievement.

We take a look at where astronomy research and exploration are (potentially) going in the future.

Arc of an Amateur

Many an observer may recognize themselves in this stroll down memory lane.

To Build or Buy?

A purely pragmatic look at the cost of doing it yourself.

Find out what NASA’s Curiosity rover has learned about methane concentrations on Mars.

Meteorite Impacts on the Moon

Help the Association of Lunar and Planetary Observers spot meteorites hitting the surface of the Moon.

Try your hand at grinding your own telescope mirror.

A Is for Andromeda

This ancient constellation leads in more ways than one.

Observers across North America get to watch the Moon slip through Earth’s shadow.

Jupiter’s famous storm is the focus of a rich tradition of discovery by amateur astronomers.

Tiptoeing along the celestial equator in Aquarius has its rewards.

See what else November's issue has to offer.