Inside the October 2021 Issue 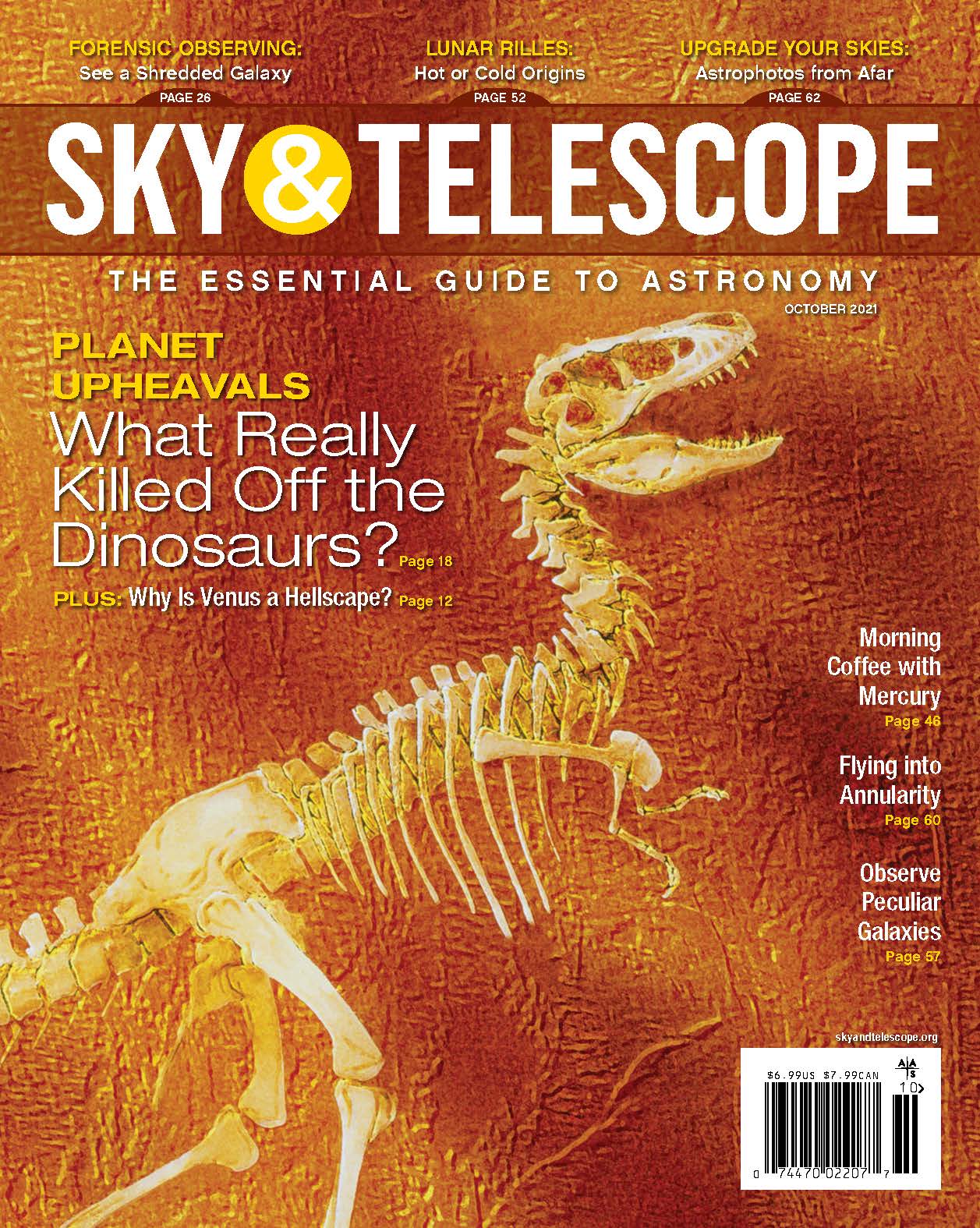 Evolution of Venus, Extinction of the Dinosaurs, and Gegenshein

In the October 2021 issue of Sky & Telescope, we’re taking a look into some age-old mysteries. Planetary scientists suspect that Venus may have had liquid water oceans in the past. So what happened? We’re also searching for clues to a prehistoric murder case: the extinction of the dinosaurs. We have two suspects: an asteroid strike or volcanic eruptions. But without a smoking gun, scientists can’t agree which is the culprit. Next, we’re hunting down the pieces of the Sagittarius Dwarf Spheroidal Galaxy, one of the many small galaxies that the Milky Way has ripped apart over the eons. And while several sources credit Esprit Pezenas with first noting the Gegenschein in 1730, his account in the Journal de Trévoux leads Don Olson to believe that what Pezenas actually saw was an aurora. So we’re combing through history for the true discoverer of this phenomenon.

Studying Venus can help us understand how large, rocky worlds evolve — and whether the hellish surface conditions on the second planet forebode a similar fate for Earth.

The Case of the Dead Dinosaurs

Scientists can’t agree on whether an asteroid strike or volcanic eruptions caused the downfall of the dinosaurs.

Our Milky Way has torn a nearby galaxy to shreds. Find out how you can observe its remnants.

Who Discovered the Gegenschein?

It’s time to set the record straight and finally give credit where credit is due.

Sky & Telescope’s June solar-eclipse flight was an event worth losing sleep for.

Astrophotography with remotely operated telescopes is easier than you might think.

Enjoy this comprehensive survey of sinuous rilles on the Moon.

Use these finder charts to locate the objects associated with the Sagittarius Dwarf Spheroidal Galaxy’s remnant core.

Know exactly when an aurora is about to appear with NOAA’s Real Time Solar Wind live feed.

October is one of the most rewarding times of the year to monitor the midnight sky.

Understanding the origins of these fine Moon features can enhance your observing experience.

Setting up your mount correctly is an important first step in creating great astrophotos.

See what else October's issue has to offer.