Inside the September 2020 Issue 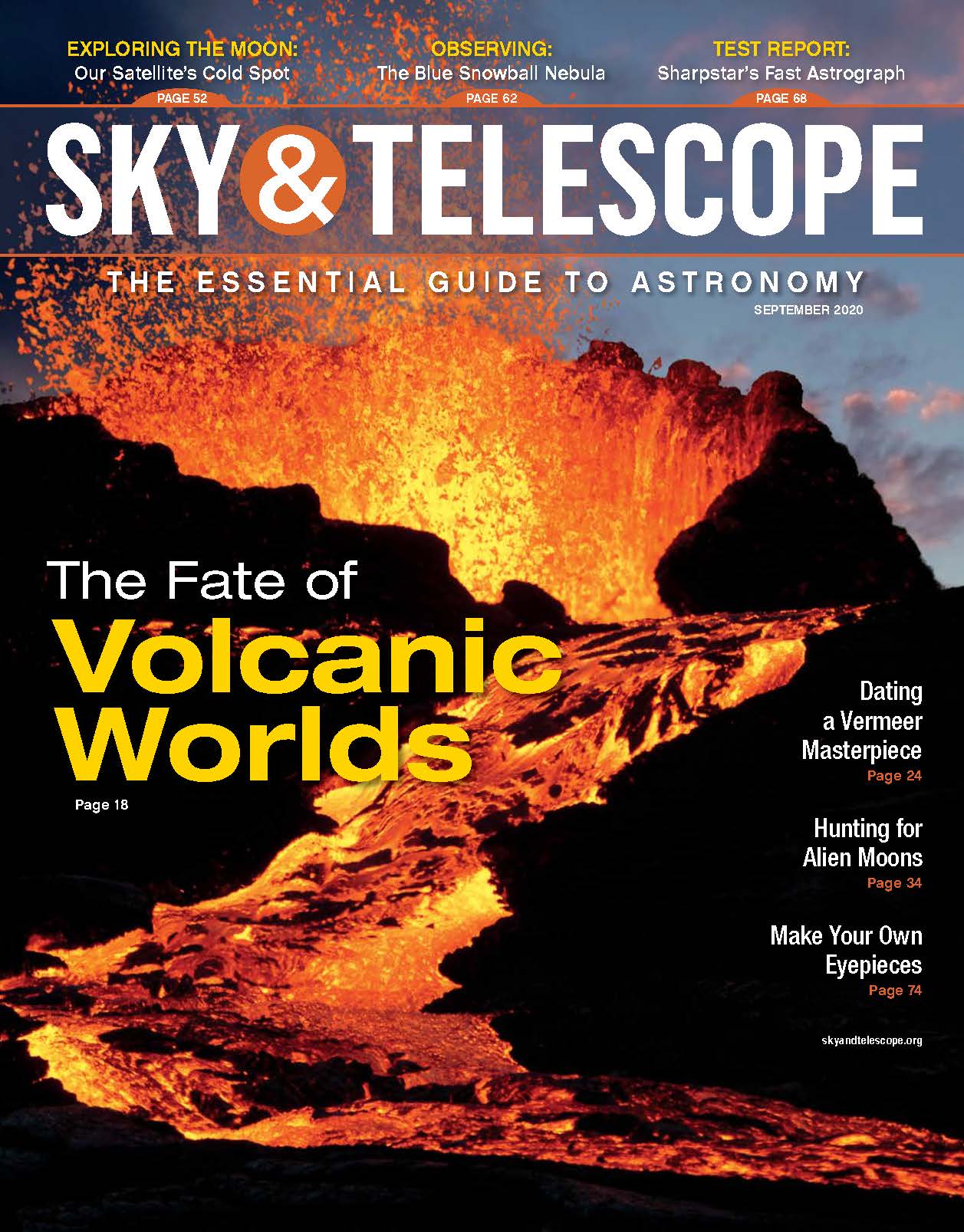 The Hunt for Exomoons, Image Stacking, and Northwestern Andromeda

In the September 2020 issue of Sky & Telescope, we finish off our three-part series on volcanism with a look at the end of the life cycle of a volcanic world. We also take a look at the pros and cons of image stacking when processing your images. The Andromeda Galaxy is a popular astrophotography target, and this month, we guide readers through several of its subtle wonders. Such little marvels are nowhere near as hard to spot as the so-far elusive exomoon. Read all about the scientists who are painstakingly hunting for moons outside of our solar system. Finally, after a decade of careful observation and comparison, a team of astronomical detectives has estimated the date and time that Johannes Vermeer observed the scene he painted in View of Delft, using his carefully painted patterns of light and shadow as clues.

The Fate of Volcanic Worlds

Comparing the volcanic histories of the inner solar system worlds tells us how rocky bodies age.

A team of astronomical detectives delves into a masterwork by a mysterious artist.

The Pros and Cons of Image Stacking

This method is all about improving signal and reducing noise, though you need to know when to apply it.

The Hunt for the First Exomoons

A handful of scientists are attempting to discover the first moons outside our solar system.

The View of Delft

See the painting and learn more about Johannes Vermeer.

Use our tool to spot Neptune’s largest moon.

There’s something to see on September evenings no matter which direction you face.

The most distant planet is at opposition this month.

These groupings are rarely observed but often rewarding.

See what else September's issue has to offer.