Inside the September 2021 Issue 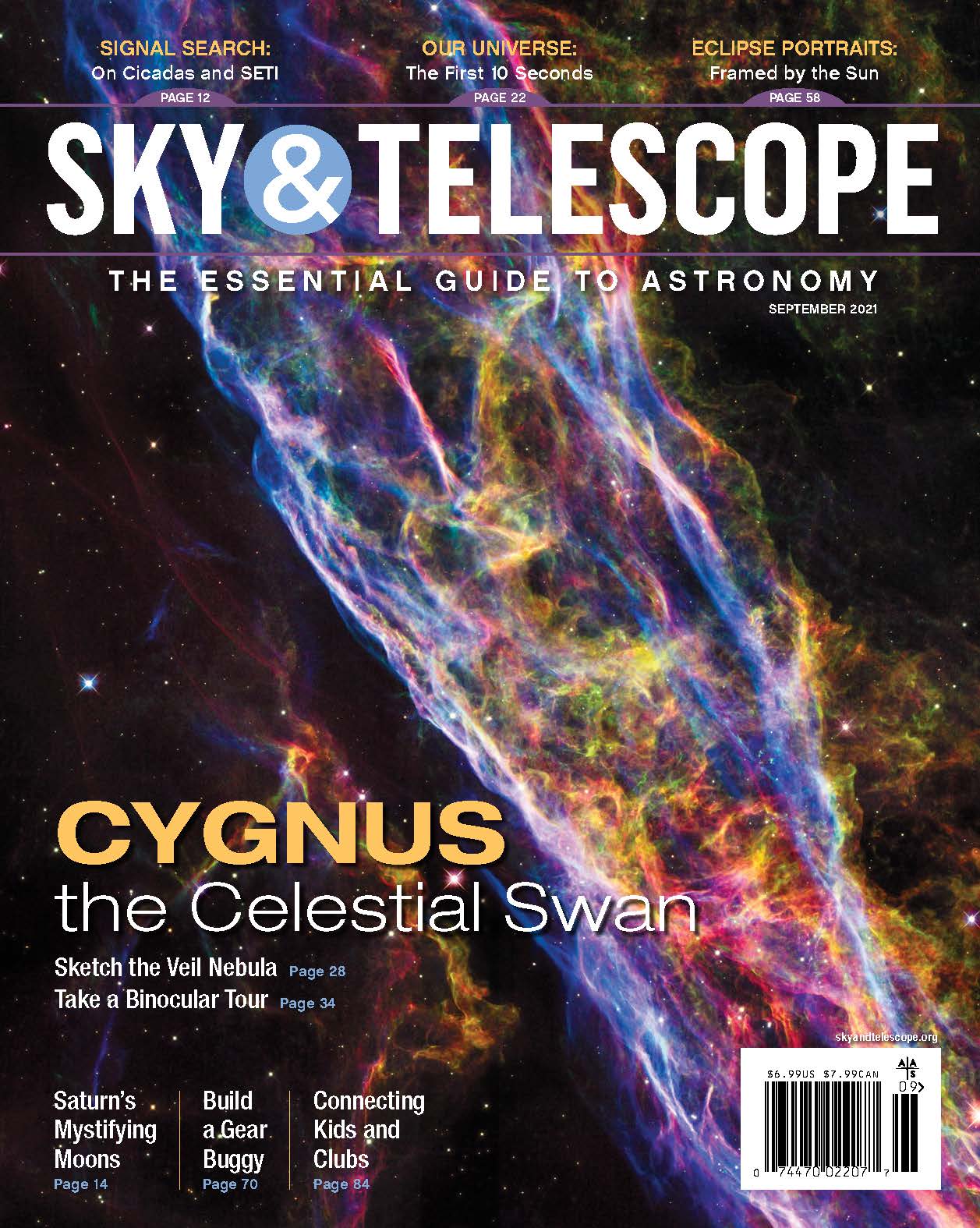 In the September 2021 issue of Sky & Telescope, we’re using binoculars to scan the skies around Cygnus, the Swan. Cygnus hides many spectacular objects in its feathers, like the Veil Nebula, a supernova remnant that holds a special place in many amateurs’ hearts. Meanwhile, physicists are going back in time to study an era that happened long before the star that exploded to create Cygnus’s Loop even began to form: We review what they’ve learned so far (and what they’re still hoping to figure out) about the universe’s earliest moments. Much closer to home, Saturn’s moons have thrown planetary scientists for a loop all their own. Observations from NASA’s Cassini mission initially led astronomers to consider that Saturn’s mid-size moons might be young. But investigating that possibility turned up some surprising revelations about what happens when moons orbit a giant planet.

How Old Are Saturn’s Moons?

A deceptively simple question has caused planetary scientists to rethink some basic physics.

Scientists are using their knowledge of fundamental physics to study the universe’s earliest moments and the origin of the first magnetic fields.

The Five Veils of the Cygnus Loop

Immerse yourself in the ethereal supernova remnant in Cygnus.

The celestial Swan is rich with Milky Way treasures for observers with binos and small scopes.

Here’s how you can add a personal element to your solar eclipse photography.

The Origins of Saturn’s Rings

Watch this simulation of one possible origin for Saturn’s rings.

Submit your observations of Comet 29P/Schwassmann-Wachmann 1 to this pro-am project.

An Ephemeris for Photographers

Find out how natural light will look on the land anywhere on Earth at any date and time.

Learn all about past and future solar eclipses.

Little Gems in the Summer Triangle

Neptune and Pallas Pal Up at Opposition

The big blue planet and a big asteroid put on a show.

Saturn Gets the Blues

Look for this striking seasonal color change on the ringed planet.

At the confluence of two watery constellations are targets both decent and difficult.

See what else September's issue has to offer.

I would like to get the 'IN BRIEF' article on page 9, regarding Orion Purchases Meade. Is that possible?

You can purchase the magazine here: https://www.shopatsky.com/sky-telescope-september-2021-magazine
Or you can access the online version of that article here: https://skyandtelescope.org/astronomy-news/orion-telescopes-binoculars-purchases-meade/