Inside the September 2022 Issue 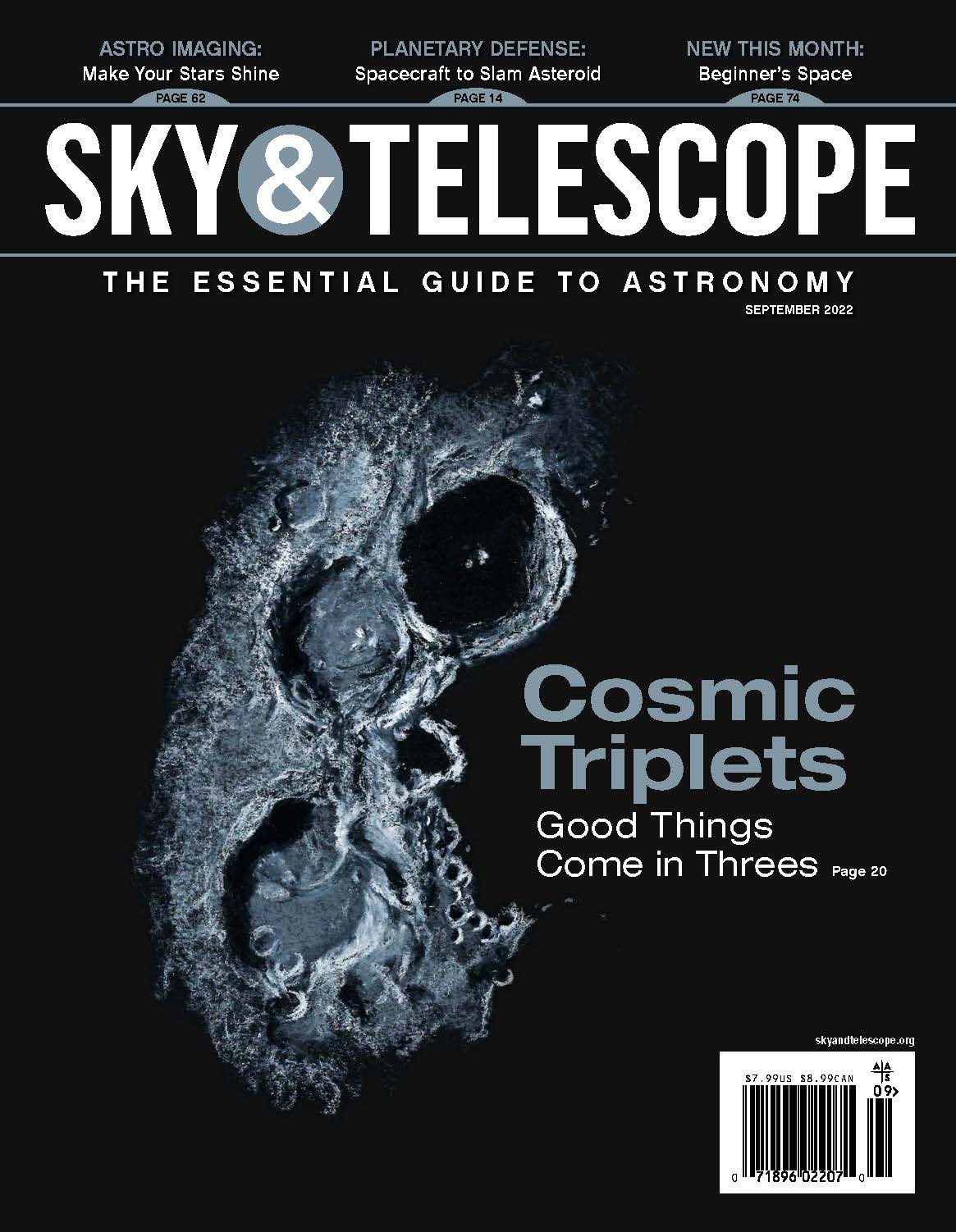 In the September 2022 issue of Sky & Telescope, we’re seeing triple. We scoured the cosmos for three-of-a-kinds to bring you some incredible celestial triplets from lunar craters to star clusters and even galaxies. Then, we’re finally setting the story straight six decades after the discovery of Neptune. Despite longstanding national tensions over this discovery, it may have been the result of pure luck. One thing we don’t want to leave up to chance any longer is planetary defense. Join us as NASA gets ready to be the first to alter the motion of a celestial body. This proof of concept might one day help astronomers protect Earth.

This year, the DART mission will make humanity’s first perceptible impact on the motion of a celestial body. The result might help us someday avert our potential annihilation by asteroid.

Good things come in threes. Feast your eyes on these celestial triplets.

Less than two decades after their discovery, these cosmic flashes have revealed much about their nature — but we still debate how they’re created.

New research reveals that the popular story accepted for six decades is not quite right.

Taking special care of the stars in your astrophoto will make the entire image shine.

Read all about the first image of Sagittarius A*.

Use NASA’s tool to learn what asteroids and comets are observable on any given date.

Center for Near Earth Object Studies

Sign up for alerts from SNEWS to be among the first to know when the next galactic supernova lights up the sky.

Visiting the House of Cepheus

This circumpolar constellation is full of fascinating finds.

September is a good time to explore the solar system’s biggest planet.

Cygnus on the Wing

The heavenly swan, in flight along the Milky Way, is a celestial wonderland.

See what else September’s issue has to offer.