The Great Total Eclipse of 2009
The century's longest solar eclipse sweeps across China and the Pacific next July 22nd.
By Fred Espenak & Jay Anderson 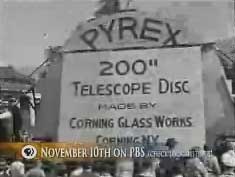 Palomar's Big Eye
Watch a preview of the documentary The Journey to Palomar and listen to an exclusive interview with the filmmakers.
By Todd & Robin Mason

Still Debating Pluto's Fate
Astronomers gathered in Maryland last August in an attempt to hash out exactly what a planet is. Watch the fireworks at "The Great Planet Debate."
By J. Kelly Beatty

Data Mining for Astro-Gold
There could be surprising discoveries lurking in your astrophotos. See what the author found in his!
By Paul Mortfield