Inside the February 2014 Issue 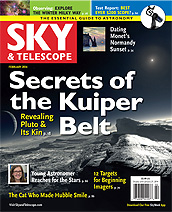 Pluto and the Kuiper Belt
Discoveries on this planetary frontier reveal many fantastical worlds, so why do we think the solar system has gotten smaller?
By Emily Lakdawalla

Perseus to Puppis and Beyond
The winter Milky Way is faint and vague, but it’s adorned with some of the finest clusters and nebulae in the sky.
By Craig Crossen

Young Astronomer Reaches for the Stars
Piper Reid tackled her first astronomy project in sixth grade, and she continued to aim high — even when life threw a seemingly insurmountable obstacle in her way.
By Tom Field

The Astrophotography Hit Parade
Here’s a target list to help budding imagers get decent results on their first night out.
By Rod Mollise 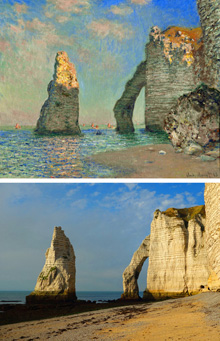 Vote in the Comet ISON Photo Contest!
Pick your favorite Comet ISON image between January 8 and January 22, 2014.
By The Editors of Sky & Telescope

Dating an Impressionist's Sunset - Gallery
View images of the celestial sleuths as they track down the story behind a famous Monet painting.
By Robert Naeye

Stabilize Your Binos
Beat the binocular jiggles with this simple (and cheap) solution.
By Alan MacRobert

Lunar Librations
Librations and other lunar data for February 2014.
By Sean Walker 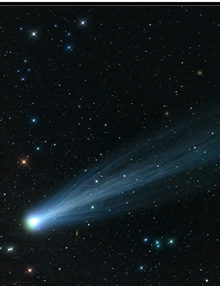 Ceres and Vesta Travel in Tandem
A dwarf planet and a protoplanet are flying just a short star-hop apart.
By Alan MacRobert

Tilting Inward
Track down craters that were influenced by their surrounding terrain.
By Charles A. Wood