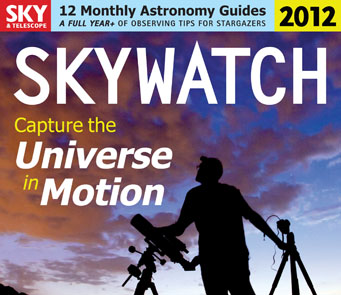 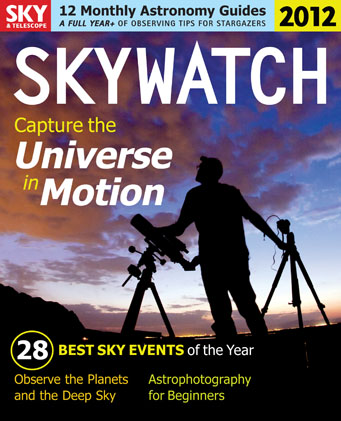 SkyWatch 2012, the annual publication of Sky & Telescope, will soon be available as a digital download. You can also purchase a hardcopy magazine online, and it should appear on newsstands on October 18th.

The theme of this year's SkyWatch is motion. Most people in the 21st century probably think of astronomy as timeless, dealing with objects that change slowly or not at all. That's because the primary focus of modern astronomy is on vast objects seen at cosmic distances. But astronomy's historical roots lie in the Sun, Moon, and planets, which are constantly moving and changing. And things sometimes change visibly even in the deep sky — a fact that was particularly obvious in 2011, a banner year for supernovae.

Sadly, motion is hard to convey in the pages of a magazine. So we're publishing some articles online containing movies and a few other "extras" related to the articles in the magazine. Click below for the subject that interests you.