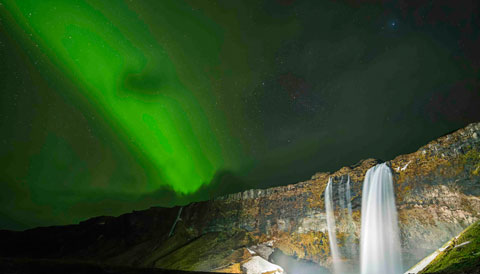 This coming October 2-8, 2016, in concert with Spears Travel, S&T will run its 4th annual trip to Iceland to witness the famed northern lights. For details, see the full itinerary. If you’re already set to book it, do so here.

When I joined Sky & Telescope's 3rd annual trip to Iceland last October, I was prepared for Iceland’s breathtaking waterfalls, its thousand-year-old historical site of Þingvellir, and its stimulating capital, Reykjavík.

But here are 10 things I wasn’t expecting that knocked my socks off (and may yours too):

For more information and to book a spot on this year’s tour, please see the Spears Travel page.