How to Use the WorldWide Telescope 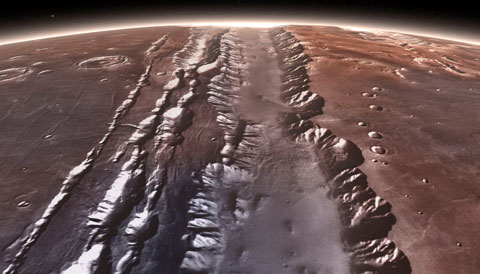 The WorldWide Telescope (WWT), featured in the April 2015 issue of Sky & Telescope, isn't just another piece of planetarium software. Its incredible breadth and depth of data allow users to explore the universe in an interactive way.

Coauthors Curtis Wong (Microsoft Research) and Alyssa Goodman (Harvard University and Harvard-Smithsonian Center for Astrophysics) teamed up at a 2005 astronomy visualization conference, and what started as a childhood dream can now be seen on planetarium screens across the country and even on Oculus Rift, a much-hyped virtual-reality headset. Commander Chris Hadfield got a chance to try it out at a 2014 TED conference, floating outside the International Space Station (again).

Here, we give resources for users interested in using WWT, whether it be for personal use, research pursuits, or astronomy outreach.

WorldWide Telescope was first unveiled at a 2008 TED conference. The software is free to download as a Windows application or access via a web client.This video gives a good overview of all of WWT's capabilities:

A WorldWide Telescope tutorial, also available as a Guided Tour within WWT, provides a basic overview of the software's features:

NASA's Astrophysics Data System (ADS) is the font of almost all astronomical literature published since the 19th century. WorldWide Telescope makes that immense repository available as a "heatmap", basically an atlas that shows every source on the sky with published data and analysis. Researchers can use the ADS All-Sky Survey in WorldWide Telescope to put their sources in context of the sky and fade between datasets at different wavelengths.

The WorldWide Telescope Ambassadors Program provides K-12 lesson plans and PhD-level volunteers (in certain locations) who go to schools, answer students' questions, and help them dig deeper into the night sky. Interested in helping out? Contact WWTA to find out how you can get involved.

Learn more about how WWT is used in all its facets at WorldWide Telescope Stories. And find out what WWT can do for you, no matter your interest, by watching this video: