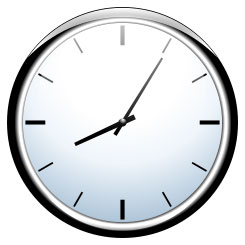 Presumably you already know by now that this weekend will be when Daylight Saving Time begins (and please note, it's "saving" not "savingS" time . . . just like it's not a "UPC code" or an "ATM machine").

A local TV news report last evening likened the issue to the Y2K bug. Most operating systems need a tweak to make sure automatic clock setting will happen properly. If you have a Mac, use System Update to download and install the patch. Windows users should check out Microsoft's Daylight Saving Time Help and Support Center.

If you don't update your software, you could suffer some problems. Maybe minor; maybe not. But I was bothered by the reporter's jab at Y2K. I'm tired of hearing people complain that nothing happened on January 1, 2000 — that people panicked over nothing. Well, nothing happened because people fixed the problems. If no one bothered to examine and modify computer code, who knows what would have happened? Maybe nothing still, but it was a valid concern. The cubicle drones at Initech did their jobs — despite Milton burning the place down.

The importance of time-related software was nevertheless emphasized by another aspect of the news report. It seems that the US Air Force had a problem with the International Date Line. Some of the new F-22 Raptor fighters were flying from Hawaii to Japan. But after crossing the date line, a bunch of their on-board computers crashed. The Cylons weren't anywhere around. Thankfully, the jets could still fly; they just didn't have any navigation capability. The pilots had to fly back to Hawaii by visually following a tanker aircraft. The situation could have been a lot worse. Let's hope the software on the Airbus A380 does better!