Amateur astronomer Donald Bruns, a retired optical physicist, has received the Chambliss Amateur Achievement Award from the American Astronomical Society for his work in repeating and improving upon an iconic experiment during the August 2017 total solar eclipse.

On May 29, 1919, Sir Arthur Eddington observed the positions of the stars near a total solar eclipse. He intended to see if the Sun’s gravity deflected the stars’ rays, as predicted by Albert Einstein’s general theory of relativity. He did it, and when the New York Times printed his results in November that year, Einstein became an overnight sensation.

Donald Bruns set out to repeat this achievement during last August's total solar eclipse — but with the much better accuracy made possible by improvements in camera and image-processing technology, as well as the availability of satellite-based star catalogs. He planned his observations extremely carefully, selecting Tele Vue’s NP101is  apochromatic refractor (which has a 2° field of view), a Software Bisque MyT mount, and an 8-megapixel monochrome Microline 8051 CCD camera from Finger Lakes Instrumentation.

Accounting for his instrumentation and the conditions during the eclipse, Bruns expected his images of stars to be 2.8 arcseconds across during totality. But to measure the Sun’s deflection of the stars’ light, he needed a precision of just 0.02 arcseconds. So with careful planning and attention to detail, he set out to beat down the errors by imaging multiple stars multiple times. Then, with stellar images in hand, he planned to compare his results to the extremely precise measurements of stars’ positions by the Gaia satellite.

Since August's 2 minutes and 40 seconds of totality wouldn’t allow Bruns time for do-overs, he tested his setup and process extensively in April 2017, mimicking the conditions of the total solar eclipse by imaging stars when the Sun was 6° below the horizon.

Bruns chronicled his plans in the August 2016 issue of Sky & Telescope, and he posted an update on his work on our website, all the while inspiring other amateur astronomers to follow in his footsteps. He has submitted his results for publication in a professional astronomical journal.

For Bruns’s incredibly careful astronomical research, conducted while not employed in the field of astronomy in a professional capacity, the American Astronomical Society awarded him the Chambliss Amateur Achievement Award, commending his work as “a tour de force in careful observing and calibration.” 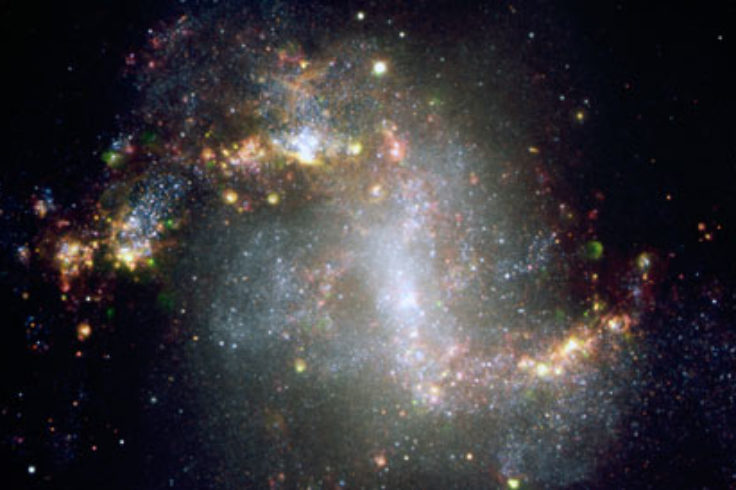