When the massive, unstable southern star Eta Carinae sent a blast of X-rays into space last July, astronomers around the world were waiting and watching.

Winston Churchill once famously said of Russia, "It is a riddle, wrapped in a mystery, inside an enigma." But he might just as well have been describing Eta Carinae, a star whose antics have baffled astronomers for 1½ centuries.

Embedded in the lovely Carina Nebula, one of the great observing gems of the far-southern sky, Eta Carinae is the most massive, most luminous star within 10,000 light-years of us. (It's 7,500 light-years distant.) Astronomers now believe it's actually a binary star whose gigantic primary has roughly 90 times the Sun's mass and outshines it by 5 million times. Less is known about the secondary, but it too is thought to be enormous, with perhaps 30 solar masses and a million times the Sun's luminosity.

Eta Carinae erupted violently in 1843, ejecting perhaps 10 Sun's worth of mass — a truly titanic blast that would have destroyed a lesser star. This "erratic stellar monster," as one researcher dubbed it, briefly became the second-brightest star in the night sky. Today astronomers see the results of that outburst as an expanding two-lobed shell called the Homunculus Nebula.

More recently, space observatories found that Eta Carinae creates strong X-ray outbursts every 5½ years. This happens whenever the paired stars are closest in their highly elongated orbit and separated by only about 225 million km (140 million miles) — roughly Mars's distance from the Sun.

These periodic encounters are not just hi-and-bye affairs. It's more a clash of the titans. The larger star's extreme luminosity is driving dense stellar winds that carry off a Jupiter's worth of mass every year at roughly 400 km (250 miles) per second. The secondary also creates an intense outflow, one that's less dense yet has six times higher velocity.

Computer simulations by Thomas Madura (NASA Goddard Space Flight Center) and others suggest that the secondary's flow carves out a cavity in the primary's slower, denser wind — much as a moving boat creates a wake around it.

Nothing much happens when the two stars are widely separated. But when closest to each other, at periastron, the two flows collide violently, creating a shock boundary that heats the gas to tens of millions of degrees — hot enough to generate a torrent of X-rays that build gradually over many months and then drop off precipitously as the stars start to separate.

Madura and others at NASA's Goddard Space Flight Center have created a dramatic recreation of how the winds interact when they slam together that's worth watching. Highlights of the simulated collision are shown below.

NASA's Swift spacecraft captured the most recent X-ray flareup last July, and it was stronger than previous outbursts recorded in 1995, 2003, and 2009 by the Rossi X-ray Timing Explorer. Moreover, the tailing off of the emission spike was different too. One of the two stars' winds must have changed over time — but which?

Fortunately, observers could sort it out using a blue-light emission from ionized helium at 468.6 nanometers. As Mairan Teodoro (Western Michigan University) explains, the X-rays are produced on the side of the shock zone nearest the secondary. But the helium emission comes from the primary's dense slow wind — a crucial difference.

At last week's meeting of American Astronomical Society, Teodoro presented 22 years of spectroscopic observations of Eta Carinae gathered using a worldwide network of telescopes. (Amateurs played a crucial role in this campaign, by the way.) He says that the helium emission, first noted during 2003's periastron, has been steady to within about 20%. So the varying X-ray flux must be due to changes in the secondary star and its high-speed wind.

Frankly, astronomers know very little about the secondary — even its mass is something of a guesstimate. As Madura concedes, "We actually still don't know what the secondary star is, and that's one of the reasons why we're doing all this work." In fact, a big question mark remains about the 1843 eruption. "Everyone thinks it's the more massive star that threw off the mass [in 1843] to form the Homunculus Nebula," he says, "but to be honest we don't even know which star had the eruption."

This is fascinating detective work. Kudos to all those who have submitted spectroscopic observations of this star.

I've never been to the southern hemisphere, but hope to visit one day, and to see this massive star (or its glowing nebula) for myself -- unless it blows up before I get there, then I'll rush to see the supernova!

I seem to remember that Eta Carinae was thought to be bigger than the theoretical maximum mass beyond which a star would be unstable and unable to survive. Does the fact that Eta Car is now recognized as a binary system obviate this problem?

Hasn't it been predicted that any supernova (or hypernova) of Eta Carinae would provide such a powerful blast of gamma rays that it might endanger or kill people on earth? I recall reading that such an event would manifest itself as a weirdly glowing spot in the upper ionosphere, and that while our atmosphere is normally impenetrable to gamma rays these would be of such force and plenty that a deadly stream of them would get through.

@Anthony Barreiro... I think the speculated impossible size of Eta Car was before it was realized that it was a binary system. The true nature of Eta Car (still not entirely understood) has only very recently become clearer.

Eta Carinae's spin-axis is not pointed at us, so is not a threat. 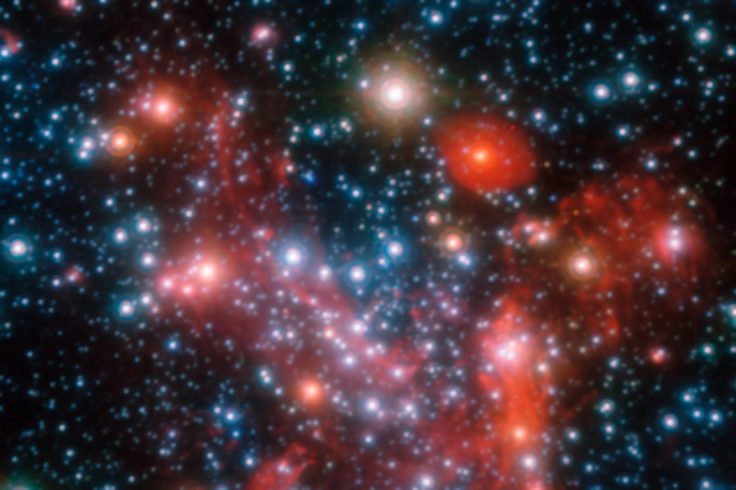 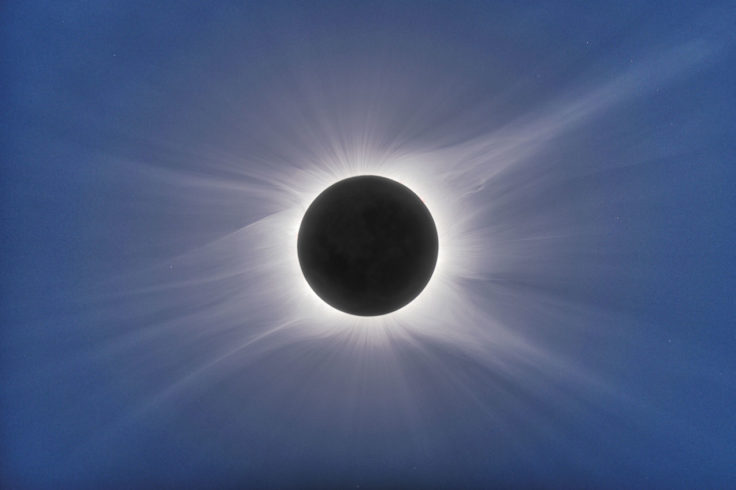