The region around Sgr A*, the 4-million-solar-mass black hole at the heart of our galaxy, is a complex and dynamic place. New Atacama Large Millimeter/submillimeter Array (ALMA) observations of the Milky Way’s center now reveal more about this harsh, inhospitable environment.

One of the prominent structures at the heart of the Milky Way is a bundle of ionized gas streams located surrounding Sgr A* within the close distance of 6.5 light-years. These streams take the form of a bar and a series of arms that make it look much like a tiny spiral galaxy — earning it the name of “the galactic center minispiral.”

Where did this gas come from? What’s happening to it now? And what can it tell us about the environment about Sgr A*? A team of scientists led by Masato Tsuboi (Japan Aerospace Exploration Agency) has now obtained new ALMA images of the minispiral that are helping us to answer these questions.

Tsuboi and collaborators imaged the gas within the galactic center minispiral and its surroundings as part of the first ALMA observation cycle. This powerful telescope’s images allowed the team to observe the streamers of ionized gas within the arms of the minispiral and determine their velocities. The authors were then able to use these measurements to identify which gas components are related and the speeds and directions of motion for the different components.

Besides tracking the dynamics of the ionized gas in the minispiral, the team also confirmed that the electron temperatures and densities in the streamers increase with proximity to Sgr A*. We would expect these increases to cause the arms to expand laterally closer to the black hole — but that’s not what’s observed. Instead, the arms remain closely confined.

This discrepancy tells us something about the environment around the minispiral: there must be surrounding, ambient ionized gas that’s pushing on the streamers, providing the external pressure to keep them confined.

An Explanation for Proplyds

Lastly, Tsuboi and collaborators compare their ALMA observations of the ionized gas in the minispiral with previous observations of the galactic center made with the Jansky Very Large Array. The JVLA observations revealed the presence of compact half-shell-like structures that may be “proplyds” — protostars being photoevaporated by the hot radiation coming from the central star cluster around Sgr A*.

These candidate proplyds have posed an astronomical puzzle: between Sgr A*’s strong tidal forces and the radiation being emitted from the central star cluster, conditions are extremely inhospitable to star formation. So how did these proplyds get there?

Tsuboi and collaborators’ observations may shed some light on this. Lining up the new ALMA images with the old JVLA ones, it’s clear that the proplyds are all concentrated along the ionized gas streamer of the northeastern arm in the minispiral. This suggests that the protostars may have formed further away from Sgr A*, and they were brought to their present-day location as the streamer fell inwards toward the black hole.

Is it possible to rule out the possibility that we have two black holes orbiting each other near Sgr A*? 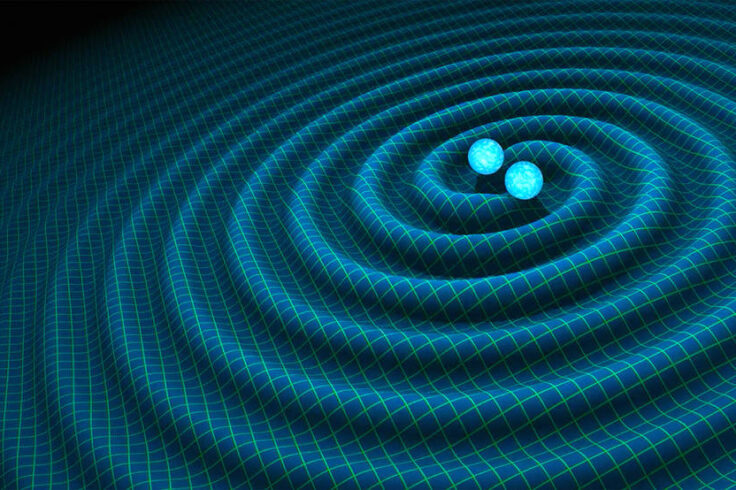 How to Warn of Imminent Neutron Star Collisions

How Do Earth-Sized, Short-Period Planets Form? 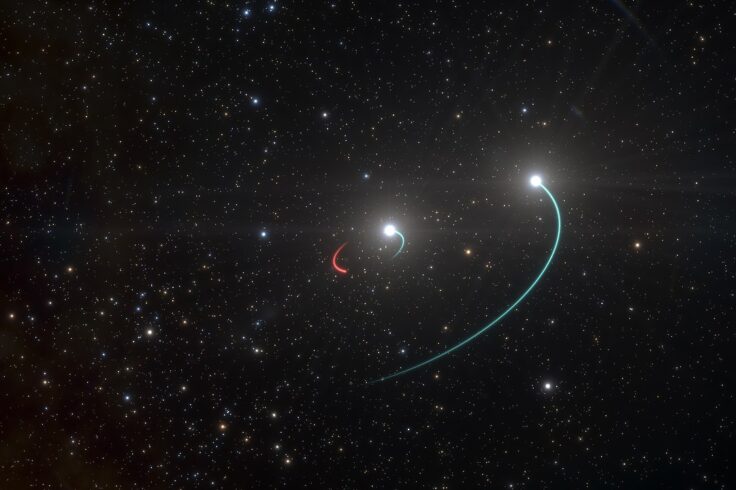 Casting Doubt on a Nearby Black Hole