NASA scientist Bill Borucki has been a very patient man. For 25 years, he's championed a spacecraft that uses the transit method — carefully watching for temporary dips in a star's light — to detect planets around other stars. 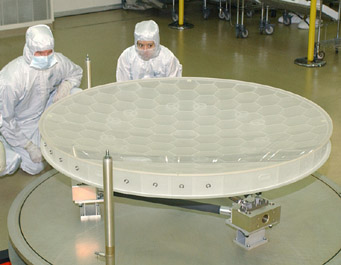 The honeycombed blank for Kepler's primary mirror, 36 inches (95 cm) in aperture. The spacecraft's telescope feeds a detector array that will watch an estimated 100,000 stars in a field covering 105 square degrees.

It's been a long, uphill battle, but recently Borucki's vision became a reality with the launch of the Kepler spacecraft on March 6th. And now Kepler has begun to pay the dividends that he and others imagined it could all those years ago.

This week's Science magazine features a one-page article by Borucki and 24 coauthors with tantalizing early results from the pioneering mission. In a nutshell, the spacecraft has shown that it has the necessary precision to detect Earthlike planets around other stars — its primary mission for the next 3½ years.

The article details Kepler's scrutiny of a known exoplanet designated HAT-P-7b made during 10 days of test observations. Discovered last year, this Jupiter-size world orbits a 10th-magnitude Sun-like star some 1,040 light-years away in Cygnus. It's a "hot Jupiter" that whirls just 3½ million miles (5.7 million km) away in a 2.2-day-long orbit. 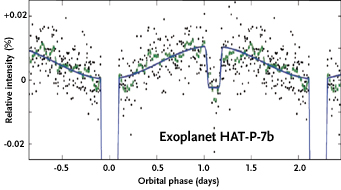 Test observations from NASA's Kepler spacecraft reveal telltale dips as exoplanet HAT-P-7b passes behind (center) and in front of (left and right) its host star. The light curve's gradual rise and fall results from the planet's changing phase during its 2.2-day-long orbit.

Kepler doesn't see the planet directly; instead, it monitors dips in the starlight as HAT-P-7b crosses directly in front of and behind its host star. Spotting those dips was a snap for Kepler's big telescopic eye, 36 inches (95 cm) in aperture, as the light curve here shows. The deep dips at left and far right denote the planet's passage in front of the star, and the smaller dip in the middle marks when it was passing out of sight behind the star.

However, there's an unexpected bonus. See how the curve gradually rises and falls? This shows that the planet's phase — the portion of its disk illuminated by the star — is gradually waxing and waning. "Full Planet" occurs just before and after HAT-P-7b disappears from view at center; it's a thin crescent before transiting the star's face at left and far right.

Borucki's team adds that there's probably some glow from the planet itself. Because it orbits so tightly, HAT-P-7b is heated to an estimated 4,300°F (2,650 K), and its superheated atmosphere — be it steam, rock vapor, or whatever — apparently doesn't transfer much of that warmth to the night side.

"Detecting this planet's atmosphere in just the first 10 days of data is only a taste of things to come," exults NASA's Jon Morse in a press release issued yesterday. "The planet hunt is on!"

The light curve shown for HAT-P-7b is for the combined light from the star and planet, not just the star alone. 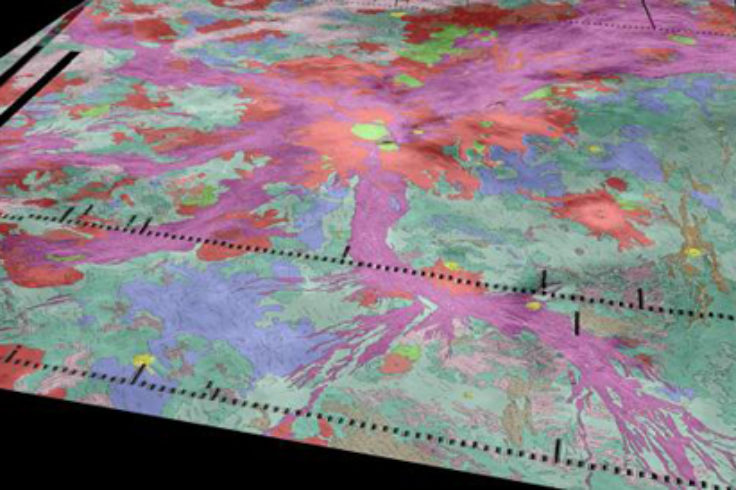