NASA’s NuSTAR mission has detected an unexpected haze of high-energy X-rays in our galaxy’s center, perhaps the signal of a mass stellar graveyard.

Our galaxy’s center is a crowded place. Neighboring stars are, on average, separated by only 1,000 times the Earth-Sun distance — compare that with the distance between the Sun and its nearest stellar neighbor, Proxima Centauri, which is more like 266,000 times the Earth-Sun distance. In the Milky Way’s center, alien night skies might have a million stars brighter than Sirius. To that sardine-packed mix, add supernova remnants, pulsar winds, and hot filaments of gas.

But there’s more than meets the eye in this crowded locale. Kerstin Perez (Columbia University and Haverford College) and colleagues report in the April 30th Nature a new set of observations from NASA’s NuSTAR X-ray telescope that brings that point home. The astronomers found unexpected, high-energy X-rays within the central 10 light-years or so of the center, and they don’t know what’s producing them.

The team had NuSTAR zero in on the central 40 light-years of our galaxy for three days’ worth of exposure time over a period of four months. The image the telescope beamed back shows a blotch of high-energy emission (between 20,000 and 40,000 electron volts) concentrated on the galaxy’s center and extended along the galactic plane.

In and of themselves, X-rays from the galactic center aren’t unusual. But the X-rays NuSTAR detects don’t seem to be associated with structures already known to exist. For example, a supernova remnant named Sgr A East emits low-energy X-rays but not high-energy X-rays. The high-energy blotch doesn’t correlate with structures seen in radio images either, such as the dust and gas clouds of Sgr A West that are falling toward the supermassive black hole.

Instead, Perez and her colleagues propose that thousands of stellar corpses could be responsible for the high-energy X-rays: massive (and still-growing) white dwarfs, spun-up pulsars, or black holes or neutrons stars feeding on low-mass companion stars.

“I think the authors are right to emphasize a compact object origin,” says Geoffrey Bower (Academia Sinica Institute of Astronomy and Astrophysics, Taiwan). “But it appears difficult to identify the exact nature of the compact objects.”

But each of the proposed explanations has its own set of challenges. Take white dwarfs: between 1,000 and 10,000 of these dead stars, whose gravity has crushed them to the size of Earth, could produce high-energy X-rays if they’re gobbling down gas from companion stars. But to produce the X-ray signal NuSTAR detects, these white dwarfs would have to have nearly the mass of the Sun, almost twice the heft of a typical white dwarf in the galactic center.

Not only that, but astronomers predict there should be hardly any of these white dwarf systems in the galactic center. Then again, they base that idea on extrapolations using the Sun’s neighborhood, and the galaxy’s center is a vastly different environment, with stellar populations and evolution that might be quite different.

Another possibility is neutron stars, whose higher mass and stronger gravity has crushed them further to the size of a city, or even stellar-mass black holes. If these objects siphon enough material off companion stars, they can grow accretion disks flashing with high-energy X-rays.

But again, the authors are forced to hedge this explanation with caveats. Long-term X-ray monitoring has already found all (or almost all) the sources that have emitted low-energy X-ray bursts over the past decade in the galaxy’s center. So any additional neutron stars or black holes must be rare objects that are very faint in low-energy X-rays.

Perhaps the best and most enticing explanation is millisecond pulsars, neutron stars that flash energetic beams in our direction as they spin like blindingly quick lighthouses. Many of these "recycled pulsars" probably spun up after eating a particularly generous meal from a companion star.

“I am most compelled by the possibility that this NuSTAR result points to a population of millisecond pulsars or quiescent black hole low-mass X-ray binaries,” says Daryl Haggard (Amherst College).

Millisecond pulsars have so far avoided detection because the gas and dust between the galactic center and us smears out their pulsing radio signal. Future radio arrays, such as the Square Kilometer Array or a further-upgraded version of the Very Large Array, stand a chance at spotting the signal. If the X-rays really are from these whirling dead stars, NuSTAR has beaten radio telescopes to the punch.

As appealing as it is, this explanation has its challenges, too. Millisecond pulsars also emit low-energy X-rays, thermal emission from the neutron star's hot surface, so if there were a large number of them, other X-ray telescopes such as NASA’s Chandra X-ray Observatory should have spotted them. If the population does indeed exist, astronomers will have to completely rethink previous analyses.

Debate continues on the nature of the high-energy X-rays in the galaxy’s center, but for now, astronomers are right where they want to be: with fascinating new data and tantalizing possibilities.

For in-depth coverage of the hottest astronomy topics, subscribe to Sky & Telescope magazine. 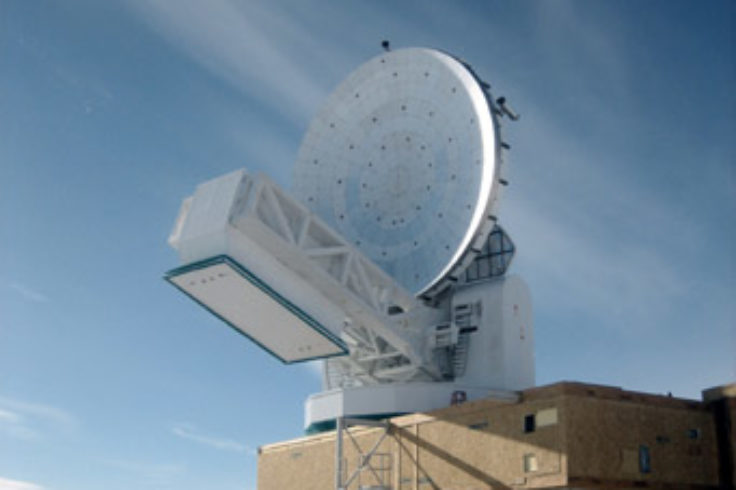