The U.S. Postal Service has unveiled new stamps, to be issued later this year, that feature 10 solar-system objects — including Pluto.

What do Pluto, Shirley Temple, and quilting have in common? This year the U.S. Postal Service will issue stamps highlighting all three. In fact, recently the USPS unveiled three sets of stamps that celebrate the solar system and NASA's exploration thereof.

The ones likely to draw most interest involve Pluto and NASA's New Horizons mission. The USPS plans to issue a sheet of four stamps, titled "Pluto — Explored," that showcase an image of the dwarf planet and of New Horizons.

It's sweet vindication for the mission's scientists — not only because July's flyby proved spectacularly successful but also because they've been trying to get their spacecraft on a stamp since 2012. At that time, an online petition drew only 12,000 supporters — far short of the 100,000 needed.

Back in 1991, two years after Voyager 2 flew past Neptune, the USPS issued a set of nine stamps, one for each planet and a NASA spacecraft that had explored it. No one had yet seen Pluto up close — the New Horizons mission concept wouldn't come together for another decade — so the ninth stamp showed a vague disk to represent Pluto and included the words "NOT YET EXPLORED". After the New Horizons flyby, principal investigator Alan Stern and other team members triumphantly held up a giant reproduction of the stamp with the words "NOT YET" crossed out.

"Since the early 1990s the old, 'Pluto Not Explored' stamp served as a rallying cry for many who wanted to mount this historic mission of space exploration," Stern says in a NASA statement about the stamps. "Now that NASA’s New Horizons has accomplished that goal, it’s a wonderful feeling to see these new stamps join others commemorating first explorations of the planets."

Be patient: you won't be able to get these "Pluto Explored!" stamps until they're dedicated in late May at the World Stamp Show in New York City.

New Stamps for the Planets and Moon

USPS designers didn't stop with Pluto. They've created a new set of stamps with images of the eight planets from Mercury to Neptune. The commemorative sheet of "Forever" stamps, also being unveiled at the World Stamp Show, includes each planet twice (no spacecraft this time).

Most of them are false-color portrayals to make the image stand out better. But, honestly, what were they thinking when choosing the Jupiter image? It's an absolutely garish and unnatural version of a Hubble Space Telescope composite from 2004. The three infrared filters used yield a pink-and-turquoise planet. Why not show Jupiter as the beautiful orb that it really is? Surely there are better-suited Hubble, Voyager, or Cassini views available. Heck, the USPS version doesn't even include the Great Red Spot. This is not the way to show Jupiter to the American public.

The final new release involves a rising full Moon, captured by Florida stock photographer Beth Swanson, and it's a winner. The stamp itself is a circular, "Global Forever" issue, costing $1.20, that can be used to mail a 1-ounce letter to any country to which the USPS offers First-Class Mail International service. The golden orb is pretty, though the USPS might have have provided a "teachable moment" by using a cycle of lunar phases in its 10-stamp sheet, rather than merely showing the same image over and over.

All that aside, as someone who's "old school" and still mails out lots of bills, cards, letters, and more bills, I'm looking forward to getting all of these stamps once they're available.

Sky & Telescope doesn't issue postage stamps, but it does offer a wonderful selection of planetary globes.

I used to collect US stamps, but dropped the hobby when started - hobby college too expensive. I can't wait to get these stamps. The Pluto is more for publicity than usage, since few people
will buy a dozen four-stamp blocks. However, as a collectible, I'll buy it. The other one, with all the planets, I'll try to get as many as possible.

As for Jupiter, I think someone just took a stock Hubble archive shot. There is a committee that vets all stamp proposals, but I doubt there are any astronomers, amateur or professional on the
committee.

BTW, did you know that in the early days of the space race, the Post Office sent letters on rockets, which just went up to space and then down. They used to advertise it in philatelic publications. You would supply a self-addressed stamped envelope and the USPO would put it in a rocket, and then return it. I don't know what these "covers" are valued today.

The problematic image is EARTH...

Yet of all the images, the worst is the Earth itself. This is a computer-generated composite created a few years ago from, if I remember correctly, data obtained by the 'Suomi NPP' satellite. It unfortunately displays a grotesque "fisheye" view of the Earth, extraordinarily America-centric. This is how the Earth would look from a few thousand kilometers altitude above Mexico City (oddly enough!), and from that altitude this Earth image would fill a field of view something like 60 degrees across. The image creates the bizarre illusion that the USA and Mexico are the dominant features in an entire hemisphere of the Earth. This is a result of a "fisheye" or equivalently "low altitude" projection. It is a completely different map/image projection compared to the others. It does not show the Earth as a planet. 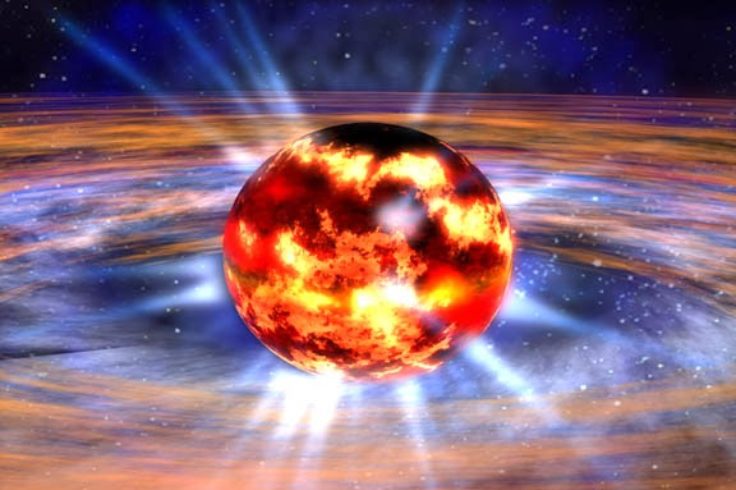