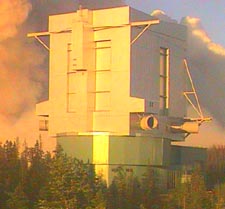 A monitoring camera captured the intense smoke that threatened the Large Binocular Telescope on the afternoon of July 3, 2004. The camera is located at the Vatican Advanced Technology Telescope, about 300 meters to the west.

One of two intense wildfires triggered by lightning in eastern Arizona continues to threaten Mount Graham International Observatory, though the inferno's progress toward the astronomy complex has been halted for the time being. The greatest concern is for the $110-million Large Binocular Telescope (LBT), which features twin instruments with 8.4-meter (27.6-foot) primary mirrors on a common mount.

On July 3rd the "Gibson" fire, which began on June 22nd, roared up the mountain slopes and closed to within a mile of the LBT's enclosure, forcing the staff to evacuate. That Saturday was a "pretty scary day," according to John Ratje, site manager for the complex. "We thought we were going to be burned over." But crews rushed to secure the summit, and the fire's advance was halted.

Some concern remains that smoke may damage the equipment already installed within the observatory's enclosure. More than 900 firefighters are battling the Gibson fire and the nearby Nuttall fire, just a few kilometers away. The two conflagrations have already consumed more than 12,000 acres and are expected to merge into one blaze that will overrun some 50,000 acres before being contained later this month.

Massive fires are not unusual in the Southwest before the onset of late-summer monsoons, and the Mount Graham observatories have been at risk before. Another fire in 1996 came within 200 meters of the complex before being controlled. That scare prompted the installation of a sprinkler system fed by a 55,000-gallon water tank.

Mount Graham is situated in the rugged Pinaleño Mountains about 30 kilometers southwest of Safford, Arizona, and the observatories occupy a secondary summit, called Emerald Peak, that is 3,192 meters (10,471 feet) high. In addition to the LBT, the site hosts the 1.8-meter Vatican Advanced Technology Telescope and the 10-meter Heinrich Hertz Submillimeter Telescope. The first LBT primary — the largest monolithic telescope mirror in the world — arrived at the summit last October, and its optical testing ("first light") is expected sometime this year. 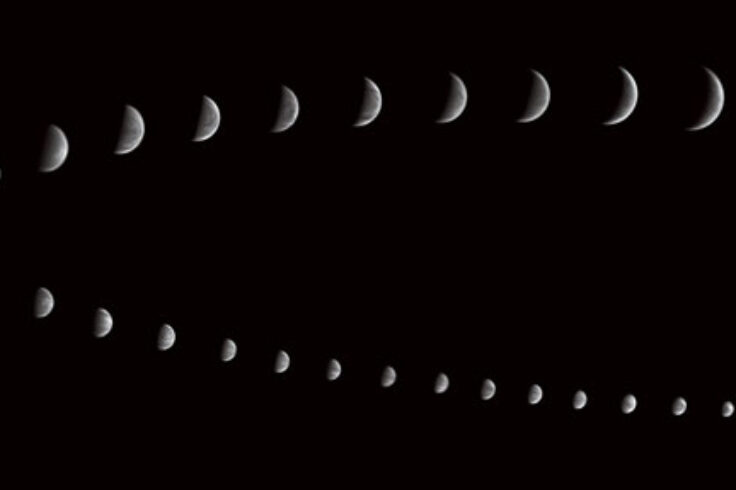 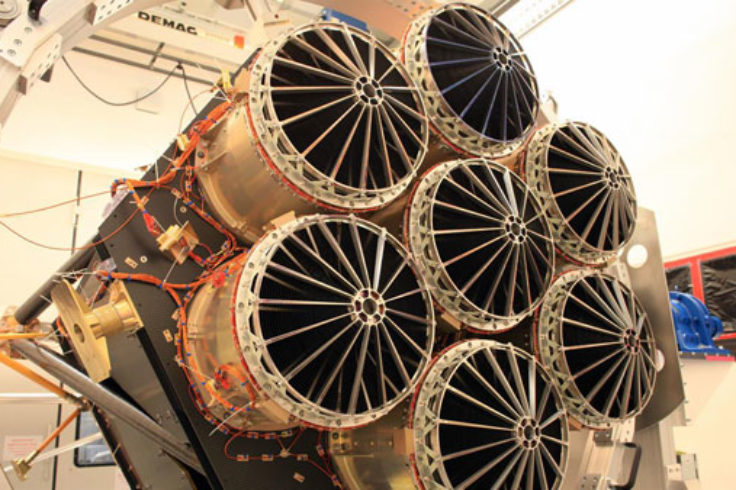