The waxing gibbous Moon shines to the upper left of Orion in twilight, as shown above. The Moon is straighter above Orion later in the evening. It's near Zeta (ζ) Tauri, the fainter of the two stars that mark the tips of Taurus's long horns.

Algol in Perseus is at its minimum brightness this evening, magnitude 3.4 instead of its usual 2.1, for a couple hours centered on 7:31 p.m. EST.

With a small telescope, you can watch Jupiter's inner moon Io fade away into eclipse by Jupiter's shadow around 10:45 p.m. EST (7:45 p.m. PST). Io will be just barely off Jupiter's western limb when it dwindles into eclipse. That's because we're only 6 days from Jupiter's opposition, with the Sun almost straight behind our backs.

The tiny black shadow of Jupiter's moon Io crosses the face of the planet from 7:57 to 10:14 p.m. Eastern Standard Time, going from celestial east to west. Io itself follows just 7 minutes behind its shadow.

Io then exits the planet's western limb at 10:21 EST — right near where Europa, in the background, is heading toward the limb. The two satellites appear to pass each other extremely closely. Then at 10:31 p.m. EST, Europa disappears into eclipse by Jupiter's shadow barely off the limb. Watch the shell games of these comings and goings!

For listings of all such events happening on and around Jupiter in February, see the February issue of Sky & Telescope, pages 51–53.

The bright Moon is just a day short of full this evening. Look to its right for Procyon (off the chart here), and to its lower left for brighter Jupiter. High above the Moon are Pollux and Castor.

The full Moon climbs the eastern sky this evening with Jupiter shining a few degrees to its left. They may look paired, but Jupiter is actually 1,600 times farther away. (Which is why it looks small despite being 40 times larger than the Moon in diameter!)

Jupiter shines above the Moon this evening. Look closer to the Moon's left for Regulus, the Alpha star of Leo.

The waning gibbous Moon rises around 8 p.m., depending on where you live in your time zone. High above it, Jupiter is already shining brightly. Look between them and a touch left for fainter Regulus.

"If I had to choose just one deep-sky object to demonstrate the appeal of binocular astronomy, it would probably be the Pleiades," writes Gary Seronik. The Pleiades are certainly a nice group to become intimate with. For instance, they hold a binocular secret in their center: the 8th-magnitude double star South 437, barely resolvable with 10× glasses. See Gary's column and chart in the February Sky & Telescope, page 45. (There, the large black circle on his chart spans a typical 10× binocular's 5° field of view.)

Jupiter is at opposition tonight: opposite the Sun as seen from Earth. So it rises around sunset, shines highest in the south around midnight, and sets at sunrise. Opposition is also just about when an outer planet is nearest to Earth and appears biggest and brightest. So Jupiter is now 45 arcseconds across its equator, its biggest this year. It remains essentially that large in your telescope all February.

Orion strides high in the southeastern sky after dusk, with his three-star belt pointing down toward brilliant Sirius, the Dog Star. The bright trio of Sirius, Betelgeuse high above in Orion's shoulder, and Procyon to their left form the big, equilateral Winter Triangle. Compared to the Summer Triangle, this one is brighter, more shapely, and more colorful.

Venus (magnitude –3.9, in Aquarius) shines in the west-southwest during evening twilight. It's climbing a little higher each week, on its way to a grand apparition as the high "Evening Star" this spring.

Mars (magnitude +1.2, in Aquarius) glimmers weakly above Venus and a bit left. Look carefully; Mars is less than a hundredth as bright! The gap between Venus and Mars diminishes from 10° to 7° this week. They're heading for a close conjunction in late February.

Jupiter (magnitude –2.6, at the Leo-Cancer border) is at opposition this week. It comes into view low in the east-northeast as twilight fades, and by 9 p.m. it's high enough in the east for good telescopic viewing. Down below it is fainter Regulus (magnitude +1.4). Jupiter and Regulus pass highest in the south in the middle of the night.

Saturn (magnitude +0.5, at the head of Scorpius) rises around 2 or 3 a.m. and is well up in the southeast before dawn. Look 1° lower right of it for Beta Scorpii, magnitude 2.5, a showpiece double star for telescopes. Below them by 9° is orange Antares.

Neptune has slunk away into the afterglow of sunset.

Would it be possible to get "This Week's Sky at a Glance" out to our mobile devices a little earlier on Fridays? Also, the "View" function does not seem to be connected to anything right now.
Anyway, I really enjoy the app and find it quite useful.
Thanks,
John 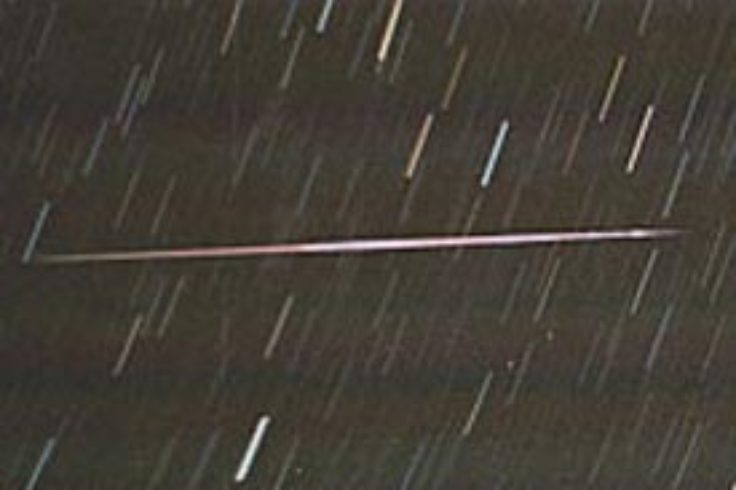