Inside the October 2022 Issue 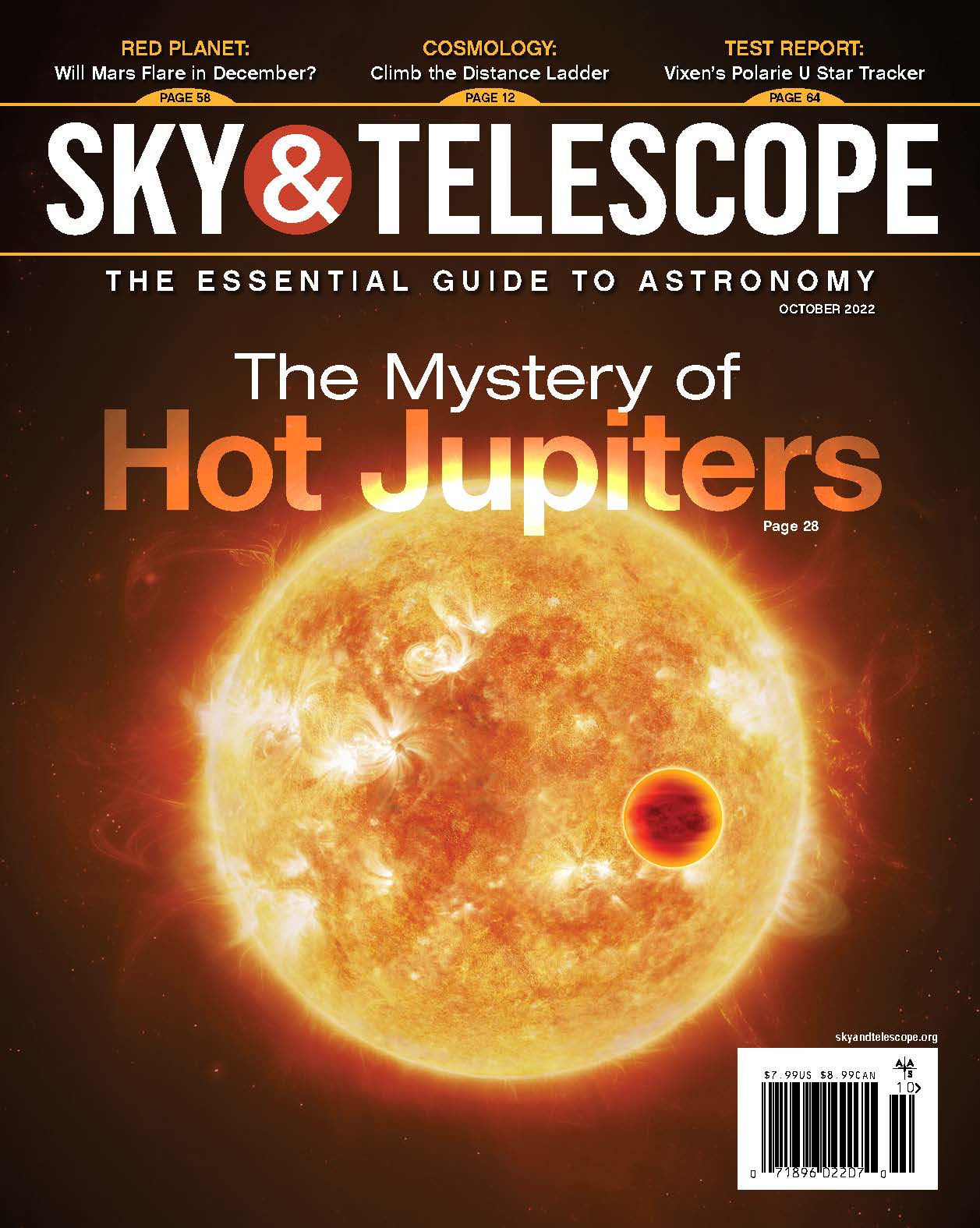 In the October 2022 issue of Sky & Telescope, we present three astronomical mysteries. First, astronomers have discovered an assortment of gas giants too close to their stars for comfort — and they want to know how these hot Jupiters ended up hugging their stars. In a puzzle closer to home, if you had told someone 150 years ago that Jupiter's moons were icy, they probably would have waved you off with a chuckle. So our authors are asking the question: Why did it take astronomers so long to figure this out? Our final mystery in this issue centers on Mars and an expedition undertaken by several of our editors and authors, members of the Association of Lunar and Planetary Observers, and a NASA scientist. After amateur and professional astronomers first reported flares of light on Mars, planetary observers predicted when they might appear next. Turns out, even though most of the U.S. was under clouds, the pro-am expedition not only saw the flares but recorded them for future study. Our next chance to see them? This December.

How far away are the objects we observe in the universe?

The curated selection includes some of the most striking targets the night sky has to offer.

Astronomers have found a baffling variety of gas giants in close orbits around their host stars.

By Rebekah I. Dawson

Uncovering the nature of three Jovian satellites took some curios twists and turns.

Observers have a chance to see a rare phenomenon for the second time this century.

By Thomas A. Dobbins & William Sheehan

Learn what the latest data release from the ESA’s Gaia mission means for the astronomical community.

See when Uranus will disappear and reappear in your area.

Check out the Vatican Observatory’s website to learn more about the history of astronomy.

Fill your Halloween bag with luminous treats from two displays.

Beyond Your Camera’s Kit Lens

Go wide or go deep — the sky’s the limit when it comes to choosing a second lens.

See what else October’s issue has to offer.