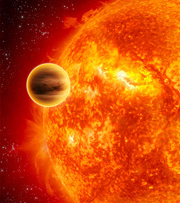 Exoplanets Everywhere
A leading researcher answers the most pressing questions about our galaxy's enormous population of planets.
By Sara Seager

The Women Who Created Modern Astronomy
Three Harvard "computers" established our current understanding of the stars.
By John Dvorak

NEAF 2013
This two-day gathering is one of the world's premier annual astronomical events.
By Sean Walker & Dennis di Cicco

The Sky Within Your Eyes
Here are some tips for seeing the universe more clearly by working with your eyes' imperfections.
By Salvador Bará

Imaging the Disk of Beta Pictoris
A motivated amateur captures the beginnings of a nearby planetary system.
By Rolf Wahl Olsen 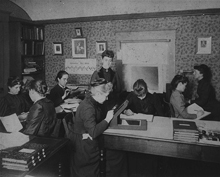 Exoplanets: The Next Frontier
Sara Seager, an "astronomical Indiana Jones," talks with editor in chief Robert Naeye about the future of the hunt for alien worlds.
By Robert Naeye & Mark Zastrow

Digitizing Harvard's Century of Sky
Harvard's collection of sky plates, once used by women "computers" to classify the stars, is now finding a new life in the digital world.
By Monica Young

Unsticking Your Scope
A surprising ingredient — ChapStick — can help de-jerk your telescope's movements.
By Alan MacRobert 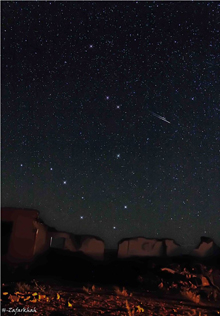 Dark Nights for the Perseids
Plan to be out meteor watching on the nights of August 11-12 and 12-13.
By Alan MacRobert

Low Planets at Dusk and Dawn
Saturn is disappearing into the sunset, but Jupiter rises higher each morning.
By Fred Schaaf

Bird of the Mighty Wing
The celestial eagle harbors a wide variety of deep-sky objects.
By Sue French