Comets present unique challenges — and rewards — for your astrophotography routine.

Amateur astronomers around the world were rejoicing at the news of a new bright comet in the night sky. Comet ATLAS (C/2019 Y4), which was originally forecast to potentially become a naked eye comet in the northern skies, was brightening right on schedule right up until last week. Alas, the dream was not meant to last — the comet has fragmented into multiple pieces and has begun to dim.

Comets are exciting and dynamic targets to image. Even ATLAS, although failing to deliver on its promised spectacle, is an interesting target to capture as it breaks up into pieces during its fatal meeting with the Sun. Will it just fizzle out? Will we see another “chunk” fall behind again? Perhaps it will fragment into a “string of pearls” like Comet Shoemaker-Levy 9 did on its dive into Jupiter.

Imaging a typical comet is a bit different than most other astronomical targets because they are moving against the background stars. Sure, the planets move too, and even the Moon will drift out of your view if you are tracking at sidereal rate. But comets are among the few drag racers of the solar system.

Not only are they fast, but they're also typically faint: The Moon and planets can be recorded with exposures of less than a second, making their movement inconsequential, whereas comets require long exposures to record their often extended tails, much like deep-sky photographs. Any exposure deep enough to show nebulae or star clusters with a comet in the field will also reveal the comet's movement against the background stars. This movement is particularly noticeable when the comet is closest to the Earth and appears to move the fastest— a 5-minute exposure typically needed to reveal a comet's faint extended tail will also blur in an image tracked on the stars.

To shoot a typical comet, you need to track on it rather than on the stars. Most telescope mounts do a fine job of tracking stationary deep-sky targets, but to keep a comet from wandering across your camera sensor you need to track on its nucleus. You may find some success using a separate guide scope and auto-guiding camera to lock on and track the comet nucleus as the “guide star.” Another option is to use a computerized telescope mount that allows you to input in the comet's tracking rate.

Tracking on the comet will leave you with a deeply exposed image of the comet, but elongated streaks for the stars. I prefer to stack multiple short exposures to obtain a clean image of the comet image, leaving the star trails in the image. This conveys the comet's rapid motion against the star-field as well as its direction of travel (a potentially useful piece of scientific data as well).

You can shoot comets with monochrome or color cameras. A star field shot with a monochrome camera using color filters will show red, green, and blue streaks due to the motion of the comet between each exposure in an RGB series.

My preference is to shoot with a one-shot color (OSC) camera. A cooled OSC or a DSLR will do just fine. These produce a natural comet color and appropriately colored star trails. Be careful, though: When you stack images aligned on the comet’s head, you may also find trails of hot pixels. Be sure and shoot some dark calibration frames to help eliminate them.

Advancing to the Next Level

Really advanced comet imaging requires a whole new course in your favorite post-processing software. To get a photo of a comet that appears to have halted against a starfield, you need two stacks of images, one that tracks the comet and one that tracks the starfield. Then, you need to remove all the stars from the final comet image and remove the comet from the final starfield image. Combine the two images and voila — you have a beautiful composite of the comet held still against the background stars. (A tutorial on this technique is featured in Sky & Telescope's upcoming July issue.)

Creating this kind of composite isn’t as much of a cheat as it sounds. The comet and stars start out aligned, and the comet is placed along its actual path, so the composite has documentary and qualitative scientific value. But don’t try to use the picture for positional analysis — that can only be done with the original data.

Historically, comets have been taken to be harbingers of doom. You might say Comet ATLAS fits that theme, seeing as how 2020 is going. Then again, given Comet ATLAS’s fate . . . it appears it's yet another victim of the year’s chaotic start. 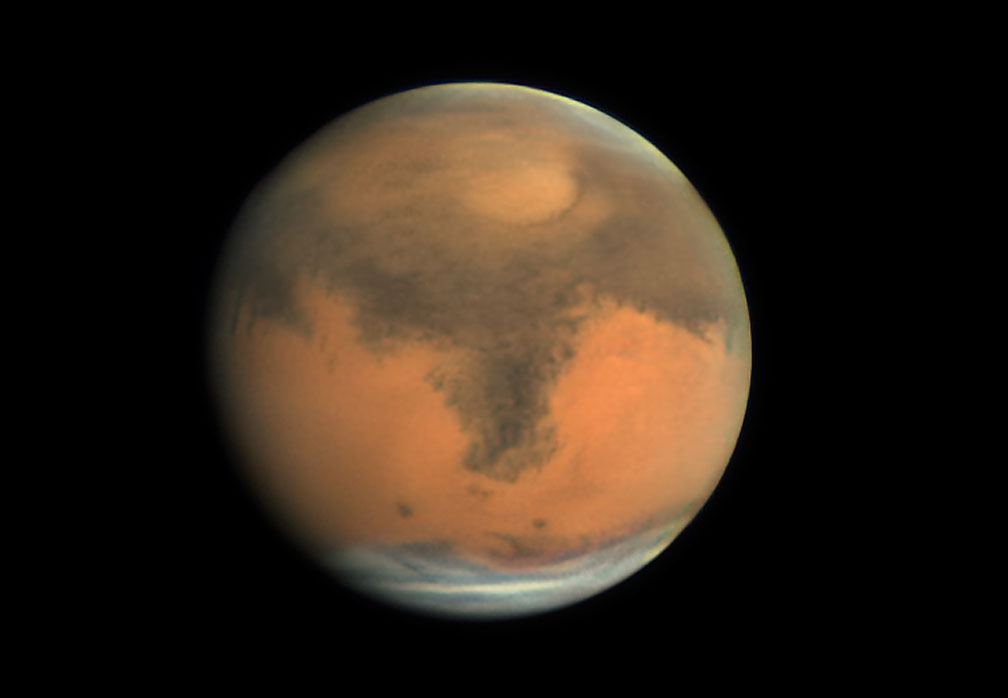 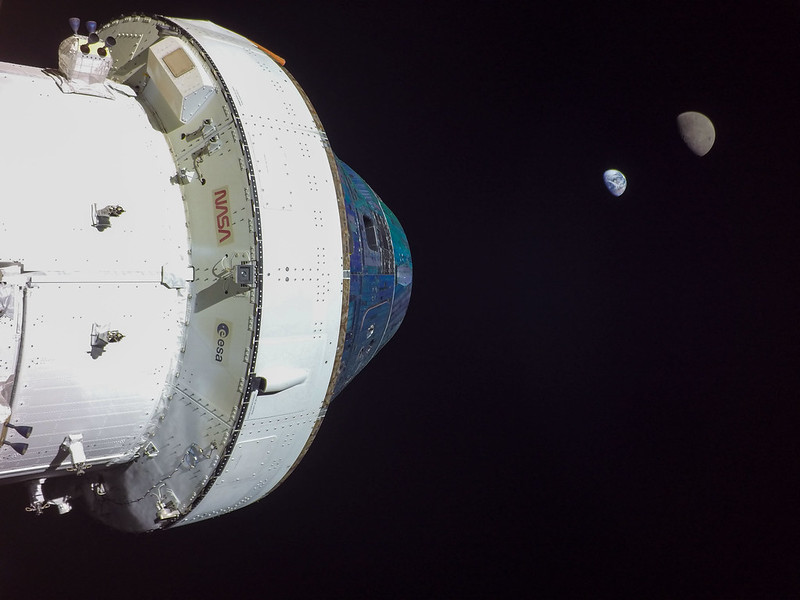 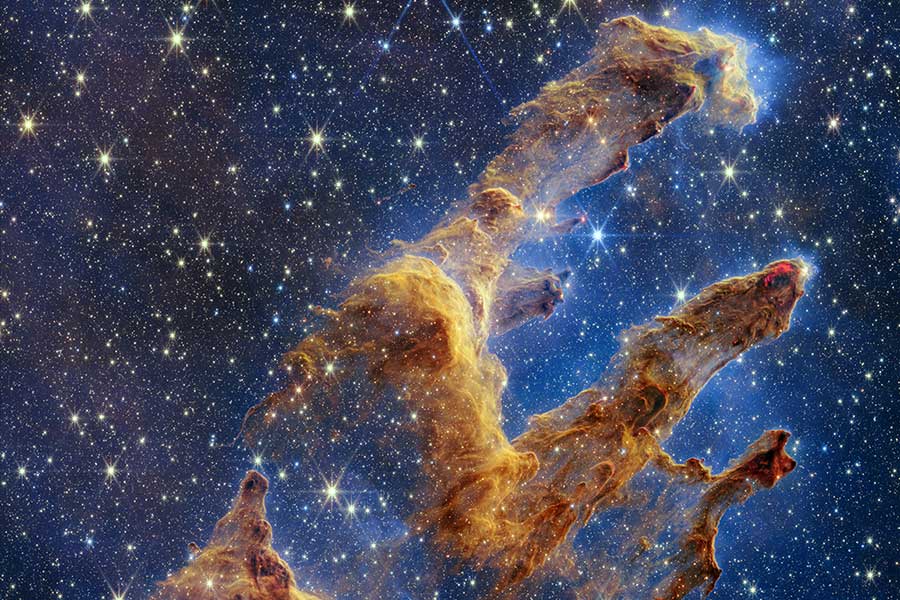 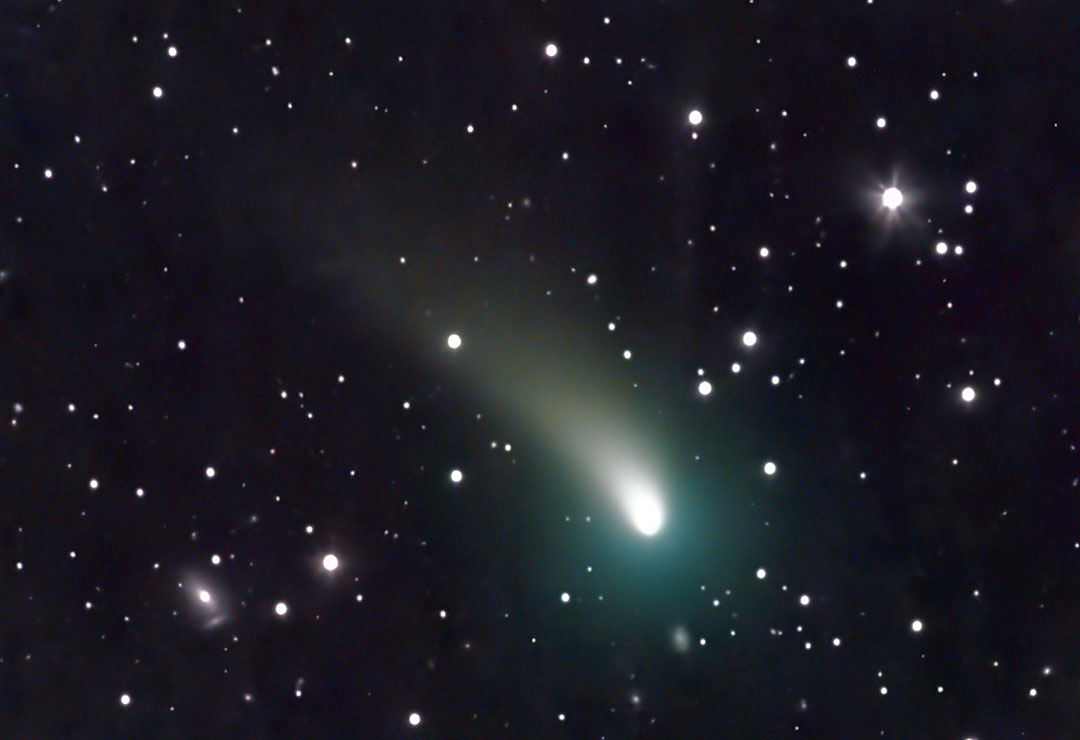 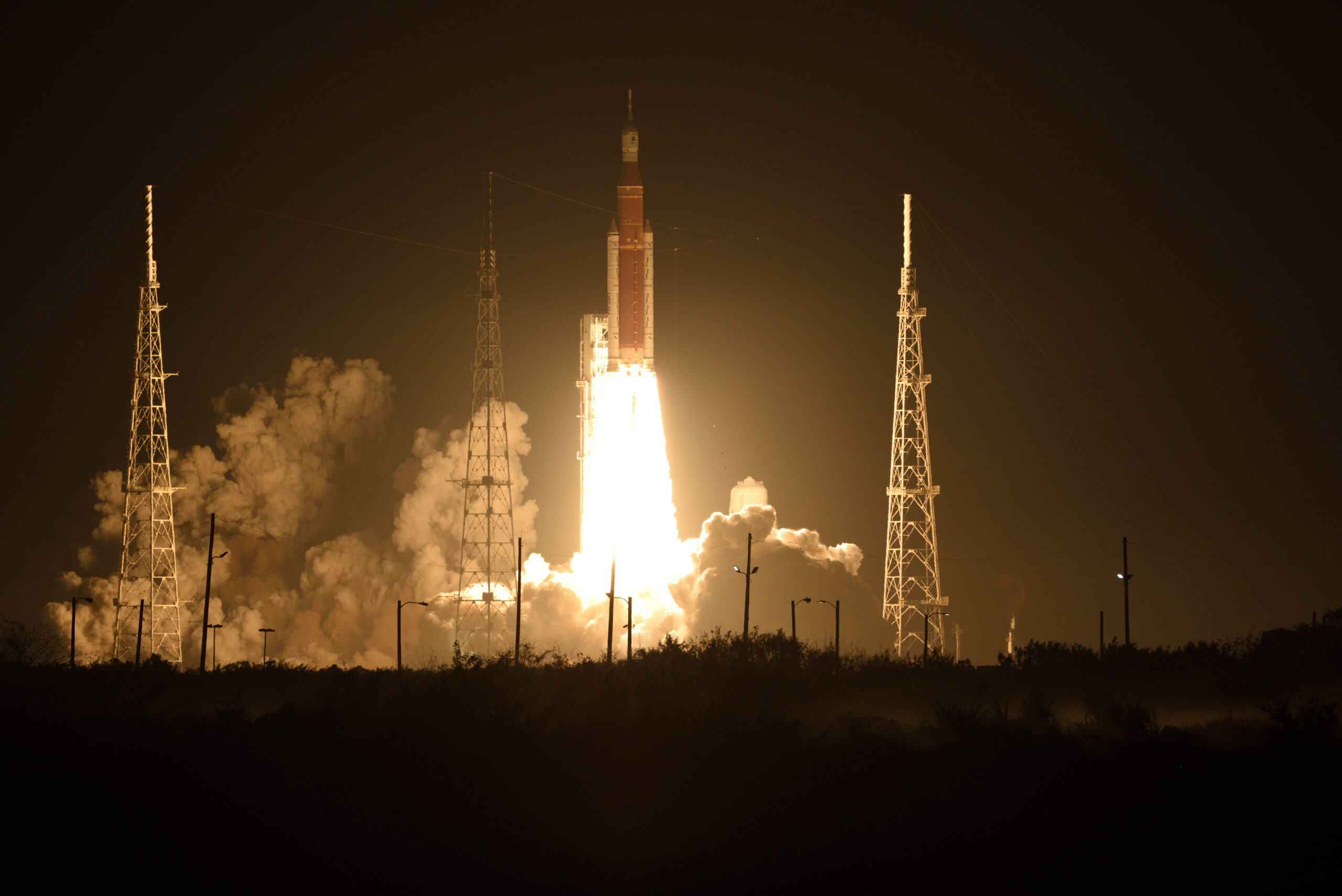 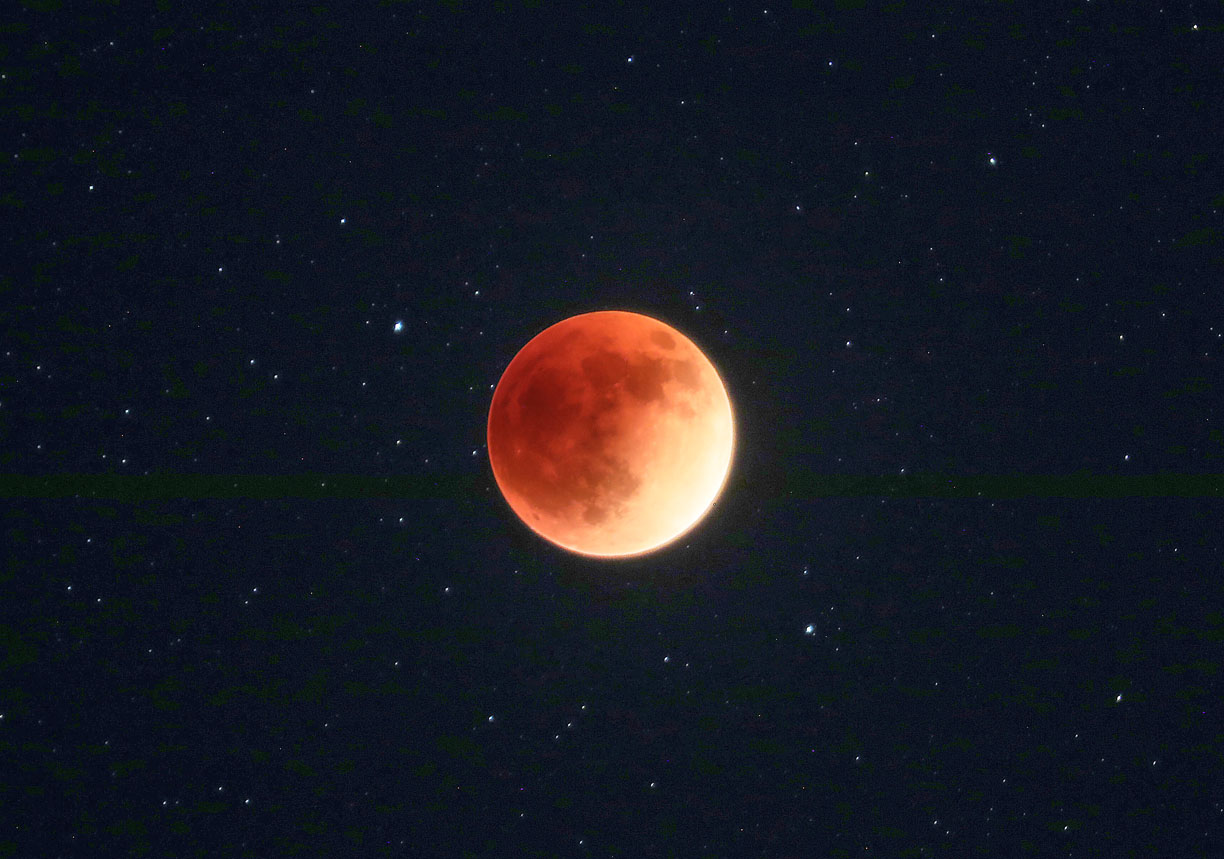 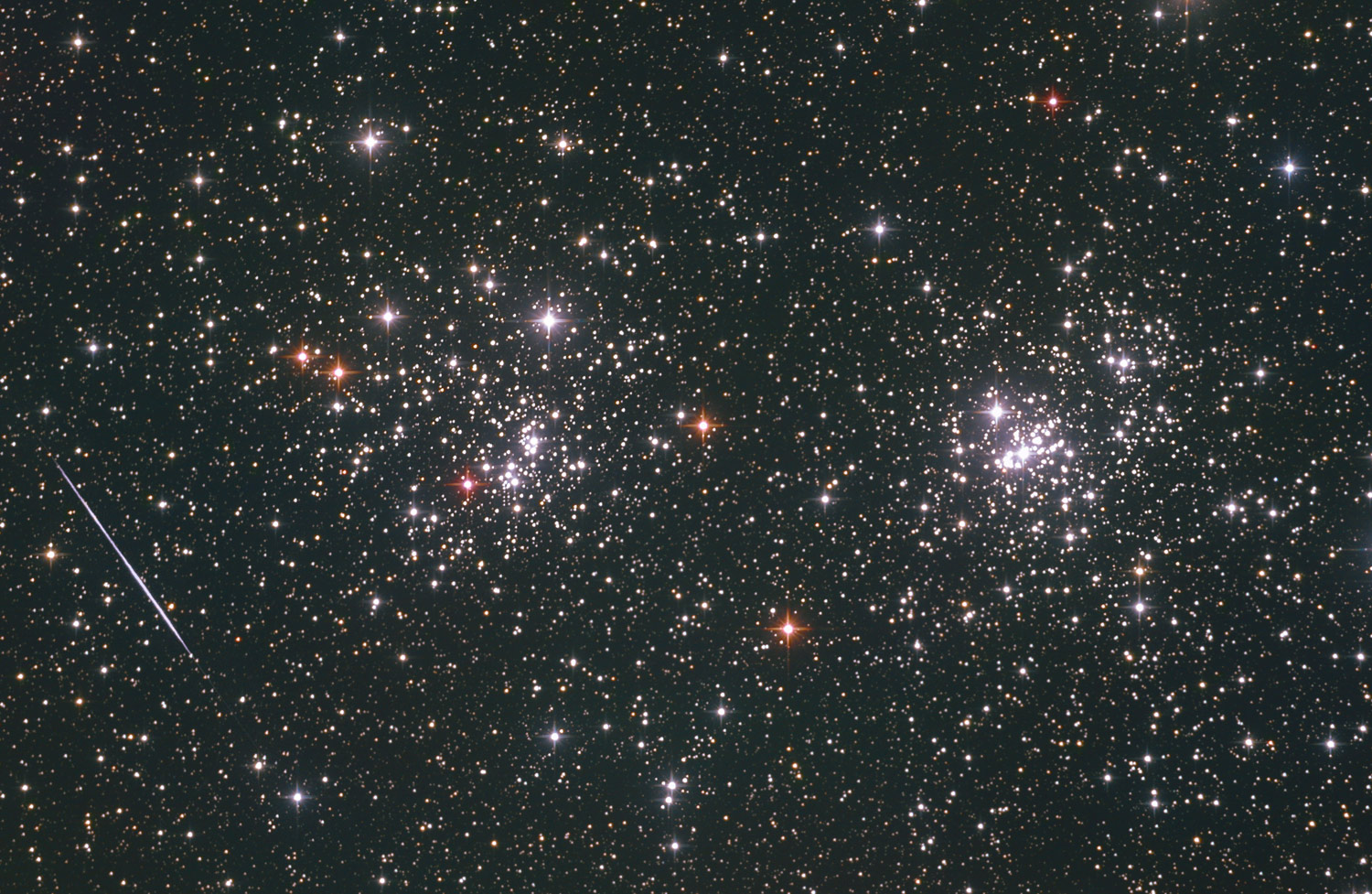 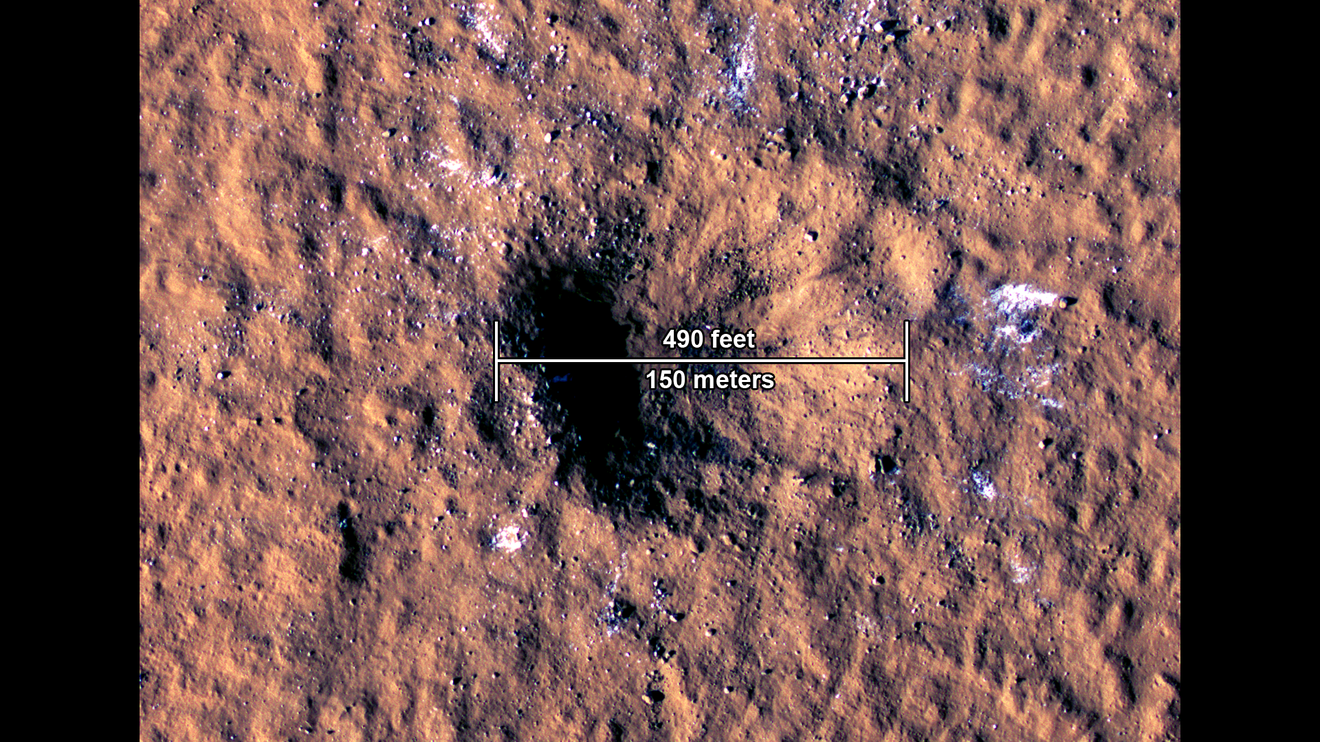 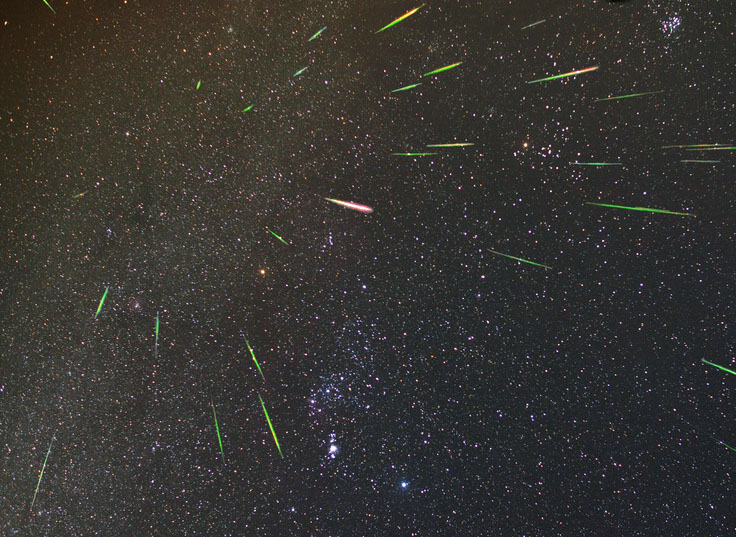