"Oculars are rather frequently overlooked as possible sources of inferior performance, which is then blamed on the objective," wrote J. B. Sidgwick in the 1955 edition of his classic Amateur Astronomer's Handbook. Although much has changed in amateur astronomy in the decades since, these words still ring true. Take Sidgwick's example of an observer who tries a particular eyepiece on a short-focus reflector and discovers that the images are very poor. Knowing that the eyepiece performs well on a long-focus refractor, the observer blames the mirror — when, in fact, the fault may indeed lie with the eyepiece.

Sidgwick also noted, "The perfect ocular exists only in the astronomer's wistful imagination." While this too remains true, some very good eyepieces are available today. A basic review of telescope optics will help show what can and can't be expected from an eyepiece.

The visual world is a sphere around us. We see everything in terms of angular size on this sphere, but for terrestrial objects we usually do a mental conversion and think of physical size. In astronomy, however, it is often more convenient to think in terms of angles. The Moon appears to cover about ½° because it is some 2,000 miles in diameter and 240,000 miles from us. Any object that is distant roughly 120 times its diameter will appear ½° across.

Let's consider the Moon as viewed through a "pinhole telescope," which is similar in principle to the pinhole camera. When the ½°-wide fan of light rays from the Moon passes through the pinhole, it will continue, as shown in the diagram above. (One property of the pinhole is that its image is in focus at any distance behind the pinhole.) The size of this beam 120 inches from the pinhole will be 1 inch across.

We can replace the pinhole with a lens, which takes light through a larger opening (the aperture of the lens) and brings it to a focus with a resulting brighter image. ln the case of a 120-inch-focal-length lens, the Moon's image will still be 1 inch across.

The f/number of a lens is simply its focal length divided by its diameter. If our lens is 10 inches in diameter then it is f/12. Photographers know that a "faster" lens (one with a lower f/number) forms a brighter image, but in the case of a telescope used visually, a faster objective does not by itself produce a brighter image. More about this later.

In practice there are other differences between camera and telescope objectives. Generally, a camera lens is designed to cover a wider viewing angle and have a lower f/number, while the telescope objective is far sharper over a limited viewing angle. A camera has a piece of film or an electronic sensor at the image plane, but in a telescope the image floats in the air — where we view it with a magnifying lens, the eyepiece.

Let's look at the image from our pinhole telescope with a pinhole eyepiece. (Imagine a piece of ground glass at the focus on which the image falls.) Neglecting exact trigonometry, we can say that the angular magnification is the ratio of the objective's focal length to that of the eyepiece. If the eyepiece has a 1-inch focal length, then the resulting magnification is 120 / 1 = 120x.

With such a system the viewing angle of the eyepiece must be very large if we are to see the entire Moon at once, since we are looking at a 1-inch-diameter image from only 1 inch away. The viewing angle must be about 60°, which makes sense since the ½° Moon appears 120 times larger than it does without the telescope.

The preceding diagram shows the light path in a telescope when we replace the pinhole optics with lenses. We can see that the eyepiece serves two purposes: it "collimates" each cone of light formed by the objective into a cylindrical beam, and it bends the direction of these beams. The diameter of the outgoing beam (called the exit pupil) is equal to the incoming beam (called the entrance pupil, generally the diameter of the objective itself) divided by the magnification. High magnifications produce small exit pupils, while low magnifications produce large ones.

Although we could choose objective and eyepiece focal lengths to yield any imaginable exit-pupil diameter, there are practical limits. The pupil of the average dark-adapted human eye opens to about 7 millimeters (the value becomes smaller as we age). If the exit pupil of the telescope is larger than the eye's pupil, then the full aperture of the telescope is not being utilized. However, neither image brightness nor resolution is reduced at that low magnification.

But one problem can arise from a large exit pupil. If the telescope has a central obstruction, such as the diagonal mirror in a Newtonian or the secondary in a Schmidt-Cassegrain, it appears as a dark spot in the exit pupil with the same relative size that the secondary has to the objective. Thus, if the obstruction is 30 percent of the objective's diameter, then the spot will be 30 percent of the exit pupil's diameter, or more than 2 mm for the 7-mm exit pupil mentioned above. At night, with the eye's pupil opened, this shadow does not present a problem. But during daytime viewing, when the eye's pupil may be closed down to only 2 or 3 mm, the shadow appears as an annoying blockage within the exit pupil. This blockage also falls at the center of the eye's pupil, obscuring the portion of the eye that performs best.

On the other hand, with very high magnifications and small exit pupils, images (except for stars) grow dim, atmospheric turbulence and shakiness in the telescope's mounting are much more noticeable, and "floaters" (particles inside the eyeball) can be annoying. The smallest practical exit pupil is about ½ mm. Since the exit pupil is related to magnification and the size of the telescope objective, and since it should be between ½ and 7 mm, we can simply state that for any telescope the lowest worthwhile magnification is 3.6 times its aperture in inches, while the highest magnification is about 50 times the diameter. Rarely, however, will atmospheric seeing conditions allow magnifications of more than 400 with any telescope.

Apart from those used on "department store" refractors, astronomical eyepieces come in two common barrel sizes — 1¼ and 2 inches outside diameter. The inside diameter of the barrel limits the size of the field stop, thus limiting the maximum real field in a given telescope. If we want an apparent field of, say, 50°, then the longest practical focal length for an eyepiece is 55 mm with a 2-inch barrel and 32 mm with a 1¼-inch. Anything longer will give a tunnel-vision effect — lower power and a constricted apparent field with no change in the real field.

Why would we want a large apparent field? Basically because it's fun. Also, for a given magnification, a larger apparent field means a larger real field, and this is nice, especially if the telescope has no drive and must follow a celestial object by manual nudging. As the apparent field grows, it's like getting closer to the porthole in a spaceship. A 50° field is very nice; 65° is quite wide and spacious; and 80° or more is thrillingly realistic and almost like being there.

Eyepieces usually grow in complexity with large apparent fields. Many traditional designs are not capable of delivering a wide field without major sacrifices in image quality. Furthermore, low f/ratio telescopes put greater demands on eyepieces. A four-element eyepiece with an apparent field of 65° might work well with an f/15 telescope, but would almost certainly give poor images if used with an f/5 objective. To have good images at f/5 with an apparent field of 65° requires a well-designed eyepiece with six or more elements.

Optical aberrations, often mistakenly called distortions, limit the performance of an eyepiece. Generally, the lower the f/number of the telescope, the greater the optical complexity of the eyepiece needed to produce good images. Simple two-element Huygens and Ramsden eyepieces with apparent fields of up to about 40° work quite nicely with high f/number telescopes, but a two-element design cannot be adequately corrected for fields greater than 40° or for low f/ratios.

You cannot judge an eyepiece by its name alone. Some orthoscopic eyepieces have a cemented triplet and a single eye lens, while others have two cemented doublets and might just as well be called Plössls. Even Plössls vary in design details from one to another. It is wise to check out an eyepiece before buying it, or at least seek the advice of others (perhaps astronomy club members) who have used them.

The following is a list of common problems with eyepieces.

Spherical aberration causes a softness of the image in the center of the field. It is not usually a problem with eyepieces that have three or more elements unless used with very fast objectives.

Axial color is the appearance of color fringes around an object at the center of the field. It is rarely a problem with designs using three or more elements, and it is absent from some two-element eyepieces.

Lateral color is seen as color fringes around objects near the edge of the field. This is difficult to "design out" of an eyepiece and can arise from poor manufacturing as well. This aberration may persist even when the eyepiece is used with objectives of high f/number.

Coma causes comet-shaped instead of round star images near the edge of the field. It is not usually encountered in good designs.

Astigmatism causes stars to appear as lines, crosses, or squares at the edge of the field. It is the most significant problem with wide-angle eyepieces, especially with low-f/number telescopes. Using a Barlow lens with the eyepiece will often suppress astigmatism dramatically.

Field curvature prevents an image from being in focus at the center and edge of the field simultaneously.

Distortion in an eyepiece makes straight objects look curved. While some eyepieces, especially orthoscopics, are better than others in this regard, distortion is not usually a problem in astronomical viewing.

For viewing planets and close double stars, keep the image at the center of the field where most eyepieces perform best. I suggest using medium powers (20x to 30x per inch), since the contrast is better than at higher powers. Only when atmospheric conditions allow should you use a higher power.

A star, because it is a point source of light, appears the same size and brightness with any reasonable magnification. The f/number of the objective has no effect on a star's brightness, other things being equal. Many people mistakenly believe that the visual image in an f/5 telescope is brighter than in an f/10 instrument. If both telescopes have the same aperture and are used at the same magnification (obviously requiring different focal-length eyepieces), then the images will have the same brightness.

Unlike a star, an extended source such as the Moon, a planet, galaxy, and even the sky background will grow dimmer as the magnification is increased. Such an object's surface brightness is proportional to the area of the exit pupil. Thus, an object viewed with an exit pupil 1 mm in diameter has only 2 percent of the surface brightness it has with a 7-mm exit pupil. Faint stars are best seen at high magnifications since the star's image remains constant while the background grows dimmer, improving contrast.

I suggest an eyepiece collection that yields exit pupils of ½, 1, 2, 4, and 7 mm. Buy the highest-quality, widest-angle eyepieces you can afford, especially if you use an f/4 to f/6 telescope. Eyepieces, like stereo equipment, improve your whole "record" collection when you upgrade. Every eyepiece and telescope has its own personality. There are guidelines to their use, but no absolutes. Explore the sky with as much variety of equipment as you can. You will soon find that every object exhibits special delights at different magnifications. 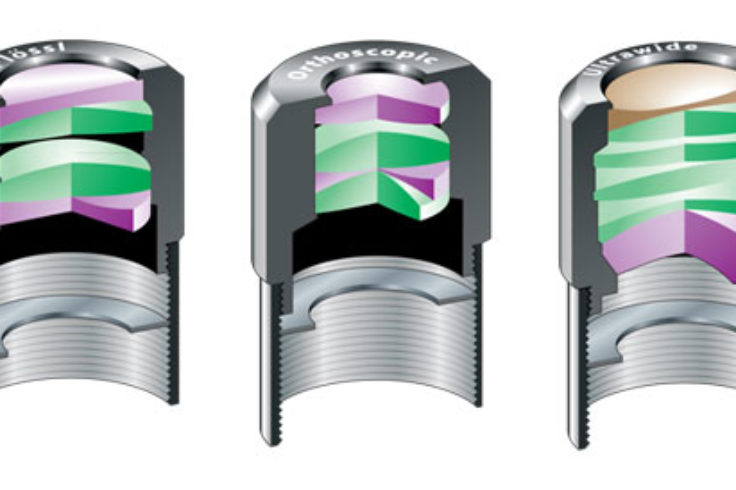 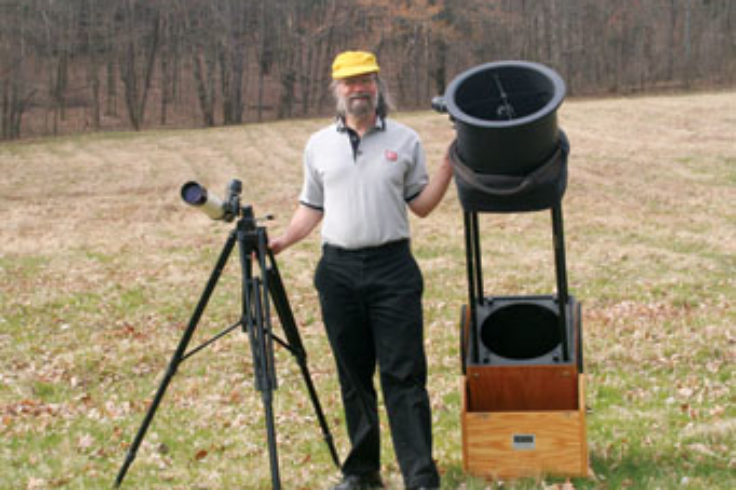 What to Know Before Buying a Telescope 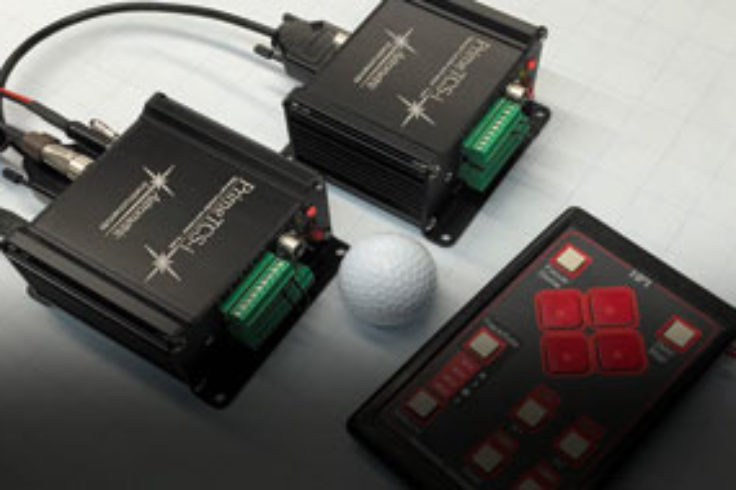 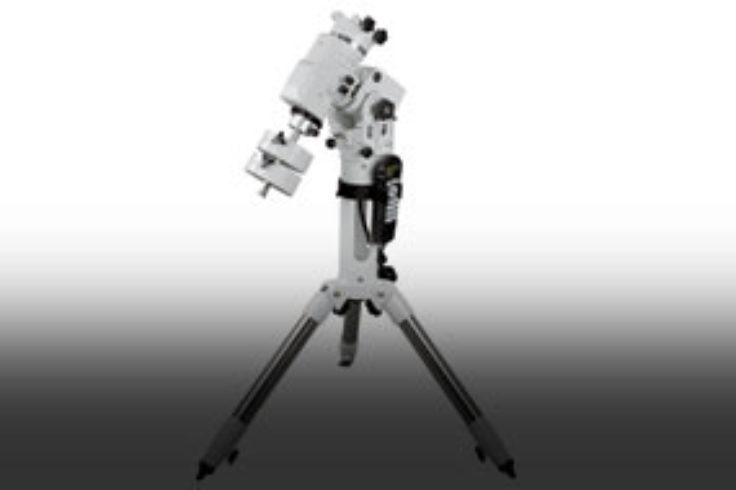