What’s the mechanism behind millisecond-duration bursts of radio energy coming from outer space? A team searched for visible-light counterparts to constrain the origin of fast radio bursts — and found one.

What’s the mechanism behind millisecond-duration bursts of radio energy coming from outer space? A team of astronomers performed a systematic search of optical transients to see if they could match one radio burst with another object, which would help constrain where these bursts come from.

Fast radio bursts (FRBs) are energetic pulses of radio waves that burst onto the scene in 2007. Their origin is one of the biggest recent mysteries in astronomy. As new telescopes such as the Canadian Hydrogen Intensity Mapping Experiment (CHIME) Telescope in Canada have come online, more FRBs have been found, but even with all of these new sources, we don’t yet know with certainty what causes them. Some FRBs repeat, some have been localized, and a few are accompanied by persistent radio emission. One of the most promising theories is that FRBs are caused by bursts from magnetars — super dense neutron stars that have extremely high magnetic fields — but no one is quite sure.

Searching for Signals of a Coincident Companion

Though some models predict multiwavelength counterparts to FRBs, only a few have been found. This may be because these counterparts are very faint, have very short durations, or there’s too much of a delay between the FRB and the counterpart for them both to be detected in one observation. Two FRBs have been found to be accompanied by persistent radio emission — FRB 190520B and FRB 121102 (which is located near radio emission consistent with a superluminous supernova) — while FRB 200428 is located coincident with an X-ray burst. These detections of multiwavelength counterparts led to the theory that there may be some connection between FRBs and other transient sources. A team led by Long Li (Nanjing University) decided to see if there are any optical transients that coincide with FRB 180916B, the only known FRB to repeat at regular intervals. What they found may help shed light on the origin of these bursts.

To see if any astronomical transients are coincident with FRB 180916B, the team searched through transients contained in the Open Supernova Catalog (OSC) and the Transient Name Server (TNS), both of which contain supernovae, unidentified transients, and some gamma-ray bursts. They discovered that one unidentified source, AT2020hur, seemed to line up with the location of FRB 180916B. The authors calculate that the probability that the sources are connected is 99.96%, meaning the alignment most likely didn’t happen by chance.

So what does mean for the origin of FRB 180916B? The authors postulate that the FRB could be caused by a flaring magnetar, while the optical counterpart comes from the afterglow of one or more giant flares emitted by that magnetar. However, the authors find this scenario unlikely because the energy of the flares would have to be much larger than what is typical for giant flares. In addition, there’s a lot of fine-tuning and coincidences required for this model to work. Another possibility is that the optical counterpart could come from two or more optical flares that originated from the source of the FRB, which would make sense because the transient is detected during one of the emission windows of FRB 180916B.

The thing that struck me about the map was how the FRB's appear clustered mostly in one part of the sky, and how their distribution is different from the distribution of "astronomical transients" (isn't an FRB astronomical and transient?). Is there an explanation or theory for this? 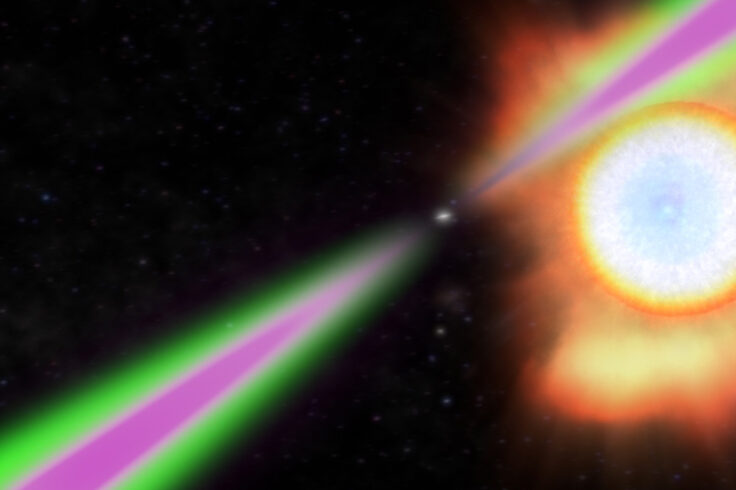