SS Cygni, one of the most-watched variable stars, lies at a distance that’s hotly disputed. The truth will determine whether we understand how these types of variables work.

One of the most popular variable stars for amateur observers and professional researchers alike is SS Cygni, now climbing the eastern sky each evening. Not one outburst has been missed since its discovery in 1896, thanks to the vigilance of thousands of backyard observers in the American Association of Variable Star Observers (AAVSO). They've watched this dwarf nova flare from magnitude 12 to 8 for a few days every month or two for over a century. Testimony to their dedication is the century's worth of SS Cygni brightness measurements that encircle AAVSO's main meeting room. The poster stretches more than 100 feet long. 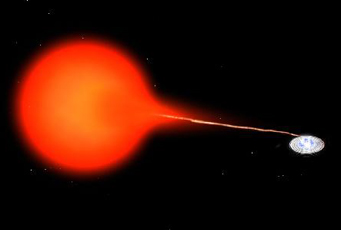 In SS Cygni a white dwarf pulls gas from its companion star. The gas falls into a disk, but the rate of infall is too slow to be stable — the disk switches into a hot, bright outburst every five to nine weeks.

Yet despite the more than 500,000 observations made over the years, SS Cygni has been at the center of a puzzle that threatened everything we thought we knew about dwarf novae. Now some astronomers think they've solved the mystery. Others say they’re jumping the gun.

SS Cygni consists of two stars tightly whirling around each other every 6½ hours in a cosmic pas de deux. One is a red dwarf, a normal star smaller and cooler than the Sun. The other is a white dwarf: a tiny, hot, superdense stellar corpse. The matter falling from the companion to the white dwarf piles up in an accretion disk. Eventually the disk becomes overloaded and suddenly dumps the whole load onto the white dwarf. The load releases its gravitational energy in a big flare when it lands.

That’s the theory. Contradictory observations over the past 15 years have had astronomers puzzled by what makes SS Cygni tick. Yesterday James Miller-Jones (Curtin University) and his colleagues released a new radio study in the journal Science that may resolve, or just fuel, the ongoing debate.

Too Big and Bright?

Before 1999, astronomers thought they had SS Cygni all figured out. In particular, they thought they understood the exact gas dynamics happening inside the accretion disk, and why the gas would suddenly change viscosity (“slipperiness”) causing the disk to jam up and then collapse. This “disk-instability model” became the theory of choice for dwarf novae in general. And it has wider importance; it serves for a wide range of close-binary cataclysmic variables, including exotic ones including a neutron star or black hole. 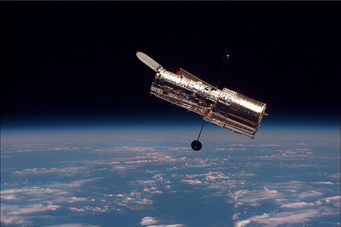 The Hubble Space Telescope's Fine Guidance Sensors were used to make highly precise parallax measurements that determined the distance to nearby dwarf novae.

Parallax is the simplest method of measuring a nearby star’s distance. It’s easy to see how it works — hold your finger in front of your face and close first one eye, then the other. Your finger will appear to move against the background. It’ll move less the farther it is from your eyes. By measuring SS Cygni’s apparent movement against background stars as Earth orbited from one side of the Sun to the other, Harrison’s group found a distance between 500 and 580 light-years for SS Cygni.

The problem was that the greater distance made SS Cygni’s stars too bright and its rate of mass transfer too great. The gas dynamics in the accretion disk now came out all wrong.

“At [the Hubble] distance, SS Cygni would have to be so luminous that it should always be in outburst,” says Greg Sivakoff (University of Alberta, Canada), an author of the paper. But a century of observations contradicted that conclusion, so “some theorists began to question the [disk-instability] model, while others questioned the HST parallax.” 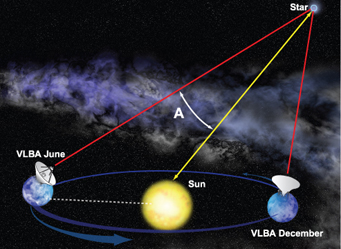 Trigonometric parallax determines the distance to a star by measuring its slight shift in its apparent position as seen from opposite ends of Earth's orbit.

There was just one problem — SS Cygni only becomes radio-bright at the very beginning of an outburst, when the collapsing accretion disk likely fuels a jet that’s ejected from near the white dwarf’s poles. To catch SS Cygni at this crucial time, the professionals would need the help of the diligent skywatchers in the American Association for Variable Star Observers.

“SS Cygni is always well observed regardless of what’s going on simply because it’s a very popular star,” notes Matthew Templeton of the AAVSO staff. So response was plentiful when the AAVSO put out a bulletin notifying its members that Miller-Jones was looking to catch the first stages of its outbursts. “Really all we were trying to do was encourage people to do what they were already doing,” Templeton says, “but to notify us very quickly if they saw SS Cygni going into outburst.” 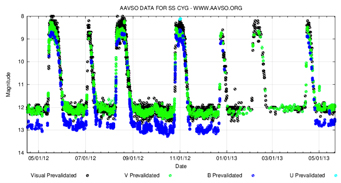 Templeton notes that visual observations — the old-fashioned practice of eyeballing a star’s brightness against standard stars in the same eyepiece view — played an important role in monitoring SS Cygni, triggering at least one radio observing run.

For 2½ years, as soon as AAVSO members noticed an outburst, Miller-Jones’s team followed up with radio observations using the Very Long Baseline Array (VLBA) and the European VLBI Network. “This project would not have been possible without the AAVSO,” says Sivakoff. A total of 280 AAVSO observers participated. The radio team compared SS Cygni’s position against a radio quasar billions of light-years in the background — and came up with a distance of 365 to 378 light-years.

That’s much closer than the Hubble measurement. It puts SS Cygni back where it belongs, at least according to theory: at a lower luminosity, where the disk instability model predicts that the star should flare and fade the way it’s observed to do.

Problem Solved? Not So Fast

Miller-Jones and his colleagues propose a couple of ideas in their paper. The problem could lie with an unlucky inaccurate measurement of one or more of the background stars in the Hubble observations. Or the problem could be a subtle statistical bias, “the kind that bores readers to death but can plague astronomers,” Sivakoff says, half-joking.

Both of these explanations require such huge errors that they become unlikely, though not impossible. Harrison isn’t buying it.

“We remain confident in our result that the distance to SS Cygni is much greater than the theorists would like it to be,” Harrison states, adding that he's preparing a paper in response to Miller-Jones's results.

Moreover, he says there’s a problem with Miller-Jones’s team picking SS Cygni to observe. After all, they can’t observe the other nine dwarf novae that do match the disk-instability model because they're not bright enough radio sources.

“Unless you can identify the specific reason why you believe the result for SS Cygni is wrong, you either have to reject all of the parallaxes or accept all the parallaxes. You do not get to pick and choose which ones you like,” Harrison says. 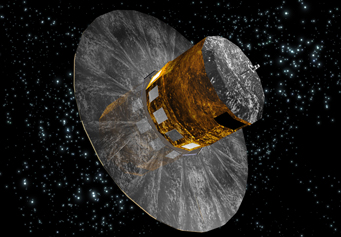 The Gaia mission will break the stalemate by mapping out far more precise positions and motions for 1 billion stars in our sector of the galaxy.

Harrison also notes other potential problems with the study. For example, the radio emission measured by Miller-Jones comes from a jet streaming away from the white dwarf’s poles — but the jet could be launched well above the accretion disk, and the jet could also bend over time, which could throw off their measurements.

If the Hubble-measured distance is right, “that would require a full rethink of the disk instability model,” Sivakoff notes.

Fortunately, the stalemate is going to break. Both sides of the debate are looking forward to the European Space Agency’s Gaia, which will launch this October. Long awaited by astronomers worldwide, the astrometry mission is the successor to the epochal Hipparcos star-position measuring satellite of the 1990s. Over a 5-year period, Gaia will map out far more precise positions and motions for 1 billion stars in our sector of the galaxy. Gaia is certain to revolutionize all aspects of stellar astronomy, and in this case, “Gaia will ultimately provide the answer,” Harrison says.

It is heartening to read that amateur astronomers making careful visual observations through relatively modest instruments are still contributing to science. While I look forward to the more precise data from Gaia, I hope that there will always be a role for motivated individuals in our back yards.

Isn't this the second time HST parallaxes have been questioned? I remember that the distance to the Pleiades was also in dispute until HST *ended* the debate.

Yes Anthony it was very nice to read about and see how much data the amateur astronomers with the AAVSO have been able to contribute. The SS Cygni light curve generated by their careful observations is beautiful. The light curve shows us that this system is behaving chaotically as to both the timing and the strength of the nova events. The flow rate of material falling off the red dwarf might be both regular on a long term basis and erratic on the short term. You can use your kitchen sink to observe this kind of behavior for yourself. As you slowly open the valve you’ll see modes where the drip or flow from the facet is perfectly regular and modes were the timing of the drips is irregular and where the flow becomes very turbulent. I wonder, over the many years of observation has SS Cygni behaved more regularly at times?