July 22nd dawned mostly clear aboard the Costa Classica, with brilliant Venus heralding a day of celestial drama in the western Pacific near Iwo Jima. 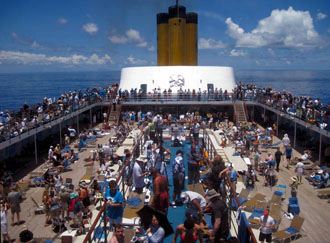 Passengers and crew crowd the deck of the Costa Classica in preparation for the longest total solar eclipse of the 21st century.

For us, totality would not arrive until 11:26 a.m. local time. But by 6 a.m., with the Sun already well up in a blue sky, the decks buzzed with activity as eclipse-seekers from around the world positioned their tripods and telescope mounts for optimum viewing.

In getting here, we had endured days of rain and rough seas, but this morning the ocean was so calm that we could see distant fair-weather clouds reflected in its surface. Our on-board weather guru, Alistair Ling, had forecast clear skies, and he was spot on. By eclipse time the sky above was not only cloudless but also remarkably haze free.

After rounding Iwo Jima at close range, we steamed onto the centerline just after first contact. 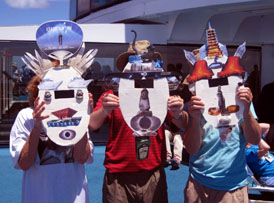 Organizers Roy and Bonnie Mayhugh, who had sailed the Classica before, worked ahead of time with uber-umbraphile Glenn Schneider to optimize our route. Captain Giancarlo Cha slowed the ship to 7 knots — fast enough for the subsurface stabilizers to smooth out wave swells, yet slow enough to minimize wind and vibrations. We hit our planned mid-eclipse position (25° 15.1″ north, 142° 4.2″ east) right on time.

Eclipse cruises typically take on a party atmosphere, and this one proved no exception. Just before second contact, most of the crew joined 1,042 passengers topside to revel in 6 minutes 42.3 seconds of totality. Thanks to the ship’s motion along the centerline, we gained 4½ seconds beyond the event’s theoretical maximum duration. Many found time to guzzle a Corona beer in the midday heat. 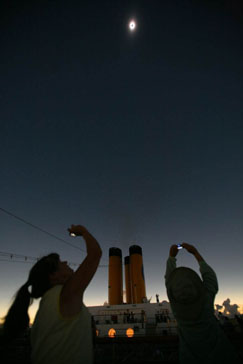 Sherri Simmons (at left) and another passenger do their best to capture the dramatic darkening aboard the Costa Classica during totality on July 22, 2009.

Totality enveloped the ship with the Sun just 7° from directly overhead, an observing challenge for those with binoculars, scopes, and cameras mounted on simple tripods. The corona seemed more even and compact than pre-eclipse calculations had predicted. Both solar poles bristled with broad, delicate brushes, typical of what’s seen at solar minimum, but the corona’s midsection lacked the helmet-shaped upwellings and extended streamers visible at last year’s total eclipse. No obvious prominences graced the Sun’s rim, though a crimson arc of chromosphere lingered along the western edge just before third contact.

Meanwhile, the midday darkness brought four planets — Mercury (just 9° away), Venus, Mars, and Saturn into view. Passengers also spied easy-to-spot Sirius and (for some eyes, but not mine) Rigel, Betelgeuse, Castor, and Pollux. Honestly, given the event’s long duration and 160-mile-wide shadow, I expected the sky to become darker than it did.

All too soon, totality ended. This was the longest any of us will spend within the Moon’s shadow at one sitting an eclipse for the rest of our lives. And it proved very satisfying, with all the sights and sensations one could ask for. Now everyone aboard is probably thinking those four little words that I am right now: “When’s the next one?” 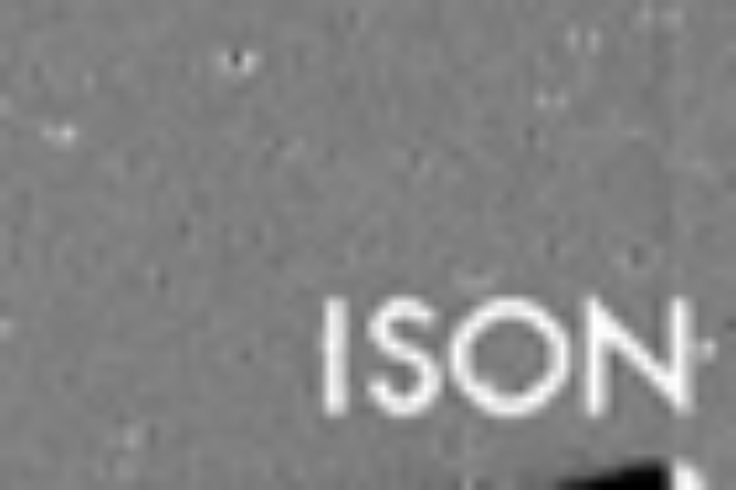