Astronomers think a small body in the Kuiper Belt might be temporarily spiraling around Pluto — well, that's what it would look like if you were standing on Pluto, anyway.

Pluto’s groupies rival Lady Gaga’s. From diehard planet-status supporters to its five moons, the Kuiper Belt body has an entourage any pop star would be proud of.

Astronomers at the Universidad Complutense de Madrid have now added to that list: they think the dwarf planet has a “quasi-satellite,” a body currently corkscrewing around Pluto (at least from Pluto's perspective) that looks like a temporary, distant moon. 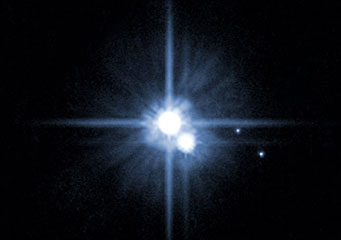 Just a few months before Pluto was "demoted" from planet status at the 2006 IAU, astronomers Hal Weaver and Alan Stern took this photo using the Hubble Space Telescope, confirming the presence of two fainter moons, Hydra (left) and Nix, in the same plane as Charon, Pluto's largest moon. As of 2012, Pluto's moon count is at five.

Observers have spotted pseudo-moons around many solar system bodies, including Venus, Earth, Ceres, and Saturn. These bodies are usually pulled in gravitationally by a close encounter with the larger body, spiraling around a few times before venturing back out into the void.

But Plutino 15810 seems to be a different breed of quasi-satellite, Carlos and Raúl de la Fuente Marcos suggest in an upcoming Monthly Notices of the Royal Astronomical Society.
Both 15810 and Pluto orbit in a 2:3 resonance with Neptune, which means that for every two orbits 15810 and Pluto complete around the Sun, Neptune completes three. This resonance makes 15810 drift slightly nearer and farther from the Sun over time compared with Pluto. When the two bodies pass each other — which happens about every 2 million years, the Madrid duo calculates — the Plutino’s back-and-forth motion makes it follow what looks like a spiraling orbit around the dwarf planet, even though 15810 orbits the Sun, not Pluto.

Plutino 15810 is currently about three times the Earth-Sun distance from Pluto and will come a bit closer within the next five years. That might seem like a big separation, but Seppo Mikkola (University of Turku, Finland) says that, when measured in terms of the bodies’ distances from the Sun, the separation is about the same as for other pseudo-moons. The same goes for the length of the Plutino’s “orbit” when compared with Pluto’s year.

Unfortunately, this distance is still too large to allow NASA’s New Horizons mission to investigate the Plutino once the spacecraft arrives in the Kuiper Belt, says principal investigator Alan Stern (Southwest Research Institute).

Carlos de la Fuente Marcos notes that 15810 will come a whole lot closer to the dwarf planet before leaving, approaching about 530 times the distance between Pluto and Charon. That’ll be in 13,000 years.

Plutino 15810 surely needs a catchy name. "Helix" is "spiral." There's no minor planet named "Helicon"; 30492 Helicaon is the closest. There is a lunar crater called "Helicon." If the name "Helicon" is therefore preempted, how about "Helikoplouton"? (The "k" and the "ou" make it Greek.) It sorta means "spiraling around Pluto."

Some people do science, some study classics and in later life look up stuff in Google. . .

I ran into these on GravitySimulator without any special programming. The body "orbited" was Neptune. They looked like they were doing a strange dance; it LOOKED unstable.

These need to be in an inclined orbit with respect to the main body. When the body passes closely behind Neptune, it is pulled into a higher orbit around the Sun. A higher orbit is slower, so the body drifts backwards with respect to Neptune and so will pass closely in front of Neptune. This pulls it into a lower orbit, which will then drift backwards and repeat the cycle.

A quasimoon will have an orbital period near, but not quite at, the period of the main body, 248 years for Pluto and one year for Earth. If you are looking for them this makes it easier.

These objects around Earth are going to be the easiest material to mine; believe it or not it takes less energy per kilogram to get material from these objects than it does to get it from the Moon. Much platinum, rhodium, and gold await us on these fascinating objects. 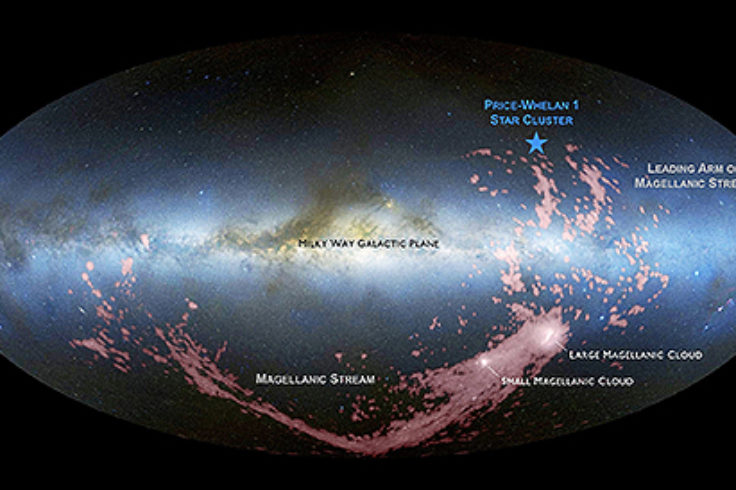 Baby Stars Found in Ancient Part of Our Galaxy 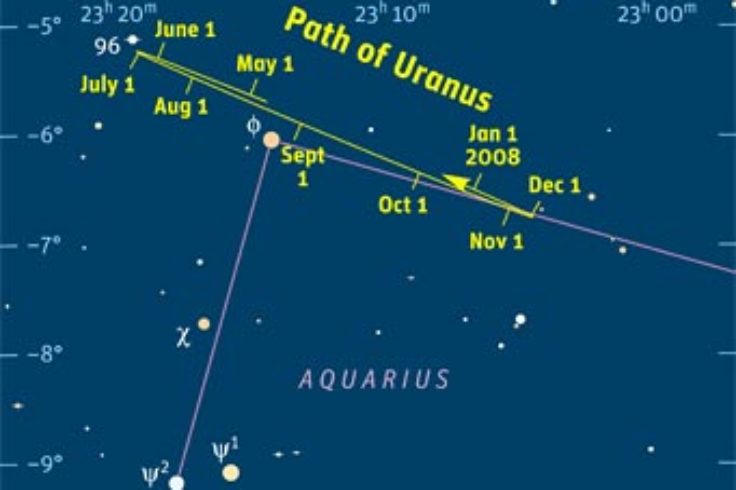