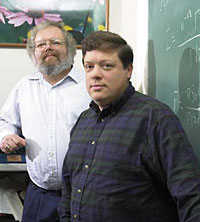 Any search for intelligent radio signals from the stars faces a choice between two opposite strategies. "Targeted" searches examine individual nearby stars with high sensitivity. This was the approach taken by the SETI Institute's Project Phoenix, and it is the main strategy announced for the institute's Allen Telescope Array (ATA), now under construction.

"Wide-sky surveys," on the other hand, scan large areas of the celestial sphere and vast numbers of stars, though at lower sensitivity. This is the strategy of Projects BETA, SERENDIP (including [email protected]), Southern SERENDIP, and others.

Which strategy is best? Deep scrutiny of a few stars, or a shallow scan of many? Given our ignorance about alien civilizations and their technologies, the two approaches are often described as complementary and equally valid.

They are not. Recent work confirms long-standing suspicions that star-by-star targeting should be abandoned in favor of scanning the richest star fields to encompass very large numbers of stars, even if most of them are very far away.

To see why, we flash back 30 years to when Frank Drake did the basic mathematics that still governs the field. He showed that finding an ET signal is similar to certain problems in surveying natural radio sources. Some sources are intrinsically strong; a greater number are intrinsically weak. The steepness of the ratio between them determines which category will dominate our sky. For example, many of the first sources found by early, primitive radio telescopes are at extreme, cosmological distances. This is because inherently strong radio sources (such as quasars and radio galaxies) are powerful enough to more than make up for their scarcity compared to the abundant weak sources (such as the coronas of stars).

Similarly, it was clear that if even just a few rare, very distant alien radio beacons are very powerful, they will dominate the detectable population in our sky, and a wide-sky survey will succeed first. If, on the other hand, ET transmitters are common and all of them are relatively weak and similar to each other, a star-by-star targeted survey starting nearby will work best.

Recently we revisited this 30-year-old problem with the advantage of more sophisticated mathematical models (and computers capable of running them!) covering all reasonable scenarios. The outcome is clear, surprising, and overwhelming. Unless ETs truly infest the stars like flies (very unlikely), the first signals we detect will come from the very rare, very powerful transmitters very far away. The 1971 model, which lent too much weight to nearby stars, turns out to be a naive case, the best that could be calculated at the time.

In practical terms, this means that SETI searchers should use their limited resources to scan great numbers of stars first and worry about sensitivity per star second.

Given real radio telescopes under the real sky, the best use of SETI time actually turns out to be a "hybrid," semi-targeted strategy: one that targets the richest star fields. These might include selected parts of the Milky Way's plane, certain star clusters, and even nearby galaxies. The idea is to fill the radio telescope's beam (listening area) with many stars, then dwell on this spot long enough to build up sensitivity.

With, say, just 100 carefully selected patches of sky on the list, millions of Milky Way stars and many billions in other galaxies can be scrutinized in significant depth. It makes no sense to dwell on nearby stars one by one if they have sparse backgrounds. We need to look deep and long and bet on the numbers.

Thus it was heartening to hear SETI Institute chair Frank Drake say that such thinking should carry the day and that the strategy for the ATA should emphasize searches near the galactic plane.

Nathan Cohen and Robert Hohlfeld are professors at Boston University in telecommunications and computational science, respectively. Both have their roots in SETI at Cornell University during the era of Frank Drake and Carl Sagan, where they received their astronomy doctorates.

As Cohen and Hohlfeld describe above, the choice of star-by-star targeting versus wide-sky sweeping comes down to a simple question. Which is more likely to exist: Lots of alien civilizations that all build relatively weak radio beacons? Or a few that build very strong ones?

Here's a different way to convince yourself that Cohen and Hohlfeld are right.

Imagine you are conducting a search, and you wonder what it would take for your chance of finding an alien signal to be doubled. Given your limited equipment, there are two ways this could happen. One is that alien radio beacons could be twice as abundant in space. That would obviously double your chance of success! The other is that each existing beacon could be 1.6 times as powerful, so that it would fill twice the volume of space with a given signal strength. Either possibility doubles your odds of being inside the detection range of a beacon.

Now consider which of those two possibilities is more likely: for each civilization that exists, to have a second one evolve on another planet from scratch, all the way from microbes to radio engineers? Or to have an intelligent species that has already evolved, has already discovered radio, and is already transmitting a beacon signal, decide to boost its power by just 1.6 times?

The first possibility takes billions of years and unguessable coincidences. The other takes only a minor, logical equipment upgrade that might require (if it were us) just a few years.

Now here is the key point: This comparison doesn't stop with just one factor-of-two increase in number of civilizations versus transmitter effectiveness. You can repeat it again and again, as far up the transmitter-power scale as you care to go. The end result is clear: the strongest, most detectable signals in our sky are likely to be from extremely powerful civilizations extremely far away, perhaps even in distant galaxies.

Some people have argued that there must be an upper limit to the "plausible" transmitter size, because even the most energy-rich ETs won't want to microwave-cook their home planet. This is not an issue. The place to put a large beacon transmitter is not on your home planet but in space, in close orbit around the local sun. The transmitter might be programmed to grow to super-planetary size (at low incremental cost) by robotic self-assembly of small modules that collect solar energy on one side and emit radio on the other.

Moreover, any transmitter that we have a hope of hearing will have to be running for millions of years (to overlap, by luck, our particular moment in cosmic time). So it will have had all the time in the world by now to grow very large.

Some people say it would be more important to find a civilization in our own interstellar backyard, where we could communicate with it and perhaps someday even travel to it (or it to us), than to find one far off in the Andromeda Galaxy. And that we should therefore stress local searches for weak transmitters despite the poorer chance of success.

This argument too is false. If weak transmitters do exist nearby, what would be the quickest way to detect them? What would prompt the massive funding necessary to do a really good search for them? Discover alien signals anywhere. Then floodgates of SETI money would surely burst wide open.

So if what you really want to find is television leakage from Epsilon Eridani, your best approach is to pursue whatever strategy is most likely to find aliens somewhere, anywhere — even in Andromeda — and thereby turn SETI from a minor scientific backwater into every nation's most intense research project.

Advocates of wide-sky surveys have some good news! The SETI Institute will soon broaden its work from targeted searches to conduct a sky survey along the Milky Way's plane near the galactic center.

The Galactic Plane Survey will use the first 42 dishes of the Allen Telescope Array, now under construction. In the SETI Institute News, Jill Tarter writes that as soon as the first part of the ATA array is up and running, "We will use it to conduct a sky survey of a large section of our galaxy for strong signals. By concentrating our efforts on the thin disk of the Milky Way near its center, we can search a large number of stars with great efficiency. . . .

"The survey will be conducted by synthesizing two beams that slowly march along [the galactic plane], one behind the other, looking at adjacent spots in the galaxy and observing each spot for several minutes. . . . A signal that is found first in [only] the leading beam and then next in the trailing beam may be coming from that spot on the sky. The ATA-[42] and search system electronics will immediately perform further tests to see if the signal is indeed evidence of ETI." This project should begin in 2006 and last six months.

At NASA's Jet Propulsion Laboratory, a small, internally funded group is carrying out a pilot study for a wide-sky SETI survey — in hopes of getting back in the game more than 10 years after Congress pulled the plug on the original NASA SETI projects. Steven Levin and a few others at JPL are working on a proposal for a new, updated version of NASA's wide-sky survey — the project that the SETI Institute did not pick up after federal funding for it ended in 1993.

The potential power of such a survey has grown greatly since then, what with a decade of signal-processing advances. "We're working on a pilot study now," says Levin. Using a spectrometer loaned by Dan Werthimer (University of California, Berkeley), the group is using a 34-meter dish to scan along the galactic plane with a 2.5-megahertz bandpass, "to learn what we could do with a 20,000-megahertz bandpass," Levin says. The scan covers the star-dense band of sky within 2° or 3° of the galactic equator. Its spectral resolution is 2.4 hertz per channel. Levin says the group hopes to follow up with a 100-MHz-wide survey, with the ultimate hope of listening to the entire microwave spectrum from 2,000 to 22,000 MHz — a vastly greater range of frequencies than any wide-sky survey has yet attempted.